The future of transport is closer than you think 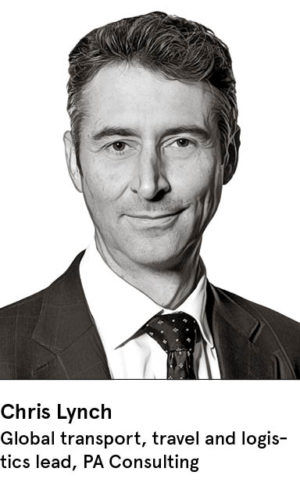 Transport has long been pivotal to how we live and work, and how our society grows. Today, we face the limitations of heritage transport systems. We endure outdated infrastructure, capacity crunches and disjointed hubs in inconvenient locations. We have become accustomed to unplanned maintenance, and escalating disquiet around environmental, safety and security issues.

We know existing networks are reaching capacity and that we risk a gridlocked future. But transport is so essential to our way of life that we compromise because we need transport to sustain the world we live in.

PA Consulting believes in a future where we can progress further, faster. A future with seamless, integrated transport systems that enable us to move around the world with fewer interruptions.

Ultimately, a future that’s better connected, with easy access to new markets and existing hubs; one that makes travel easier between our home and workplace, friends and family. A future when transport providers are better equipped to meet individual demands and passengers no longer face those difficult compromises of cost versus comfort, speed versus convenience, reliability versus disruption.

Indeed, PA’s recent, in-depth research with senior transport leaders across the UK and Europe shows that two-thirds believe the future of transport must be built on customer-centric business models.

The study reveals significant challenges, but also big opportunities, in this rapidly evolving sector. When asked what they believed would be the key characteristics of the future of transport in the next five years, increased route connectivity (51 per cent), new modes of transport (48 per cent), improved capacity (43 per cent) and autonomous vehicles (37 per cent) came out on top.

So, what does this mean? The majority of respondents believe it means greater opportunities. Technology innovations will enable us to be more customer centric; flexible ticketing systems are addressing this today. Upgrades to physical and digital transport infrastructure can create smoother, safer journeys and improve capacity; consider new airport terminals, smart ports or digital railways. We can develop new routes, on-demand transportation services and smarter connections between the places we need to get to. All the while becoming cleaner and more accessible.

In short, the vision for the future is positive and achievable; in fact, it’s already happening.

Hyperloop will deliver the speed of an airplane, the cost of a train ticket, and the ease of a metro for fast, effortless travel

But what about something totally unexpected and unprecedented? A new transport system. One that changes how we think about how people and goods move around the world.

This is fast becoming reality. Hyperloop, the first new mode of transport in 100 years is set to revolutionise transport as we know it. “Hyperloop will deliver the speed of an airplane, the cost of a train ticket and the ease of a metro for fast, effortless travel,” says Ryan Kelly, head of marketing and communications at Virgin Hyperloop One, the company working to deliver the first hyperloop to market.

“There are too many people today who are caught in soul-crushing traffic, forced to make hard choices on where to live and work, and who are limited in their access to experiences and opportunities. It’s our mission to build a system that will give back some of that time and deliver the travel experience of the future.”

Virgin Hyperloop One’s transport system will run on magnetic levitation, in a partial vacuum, to reach speeds of up to 670 miles per hour – on land. That means shaving three hours off the travel time between London and Edinburgh to a mere 41 minutes. Paris to London would take less than half an hour.

PA Consulting has worked hand in hand with Virgin Hyperloop One to devise the technology blueprint on which the transport system operates. When considering the impact of the partnership, Chris Lynch, global transport lead at PA,w highlights the human factor. “The technology and speed are incredible,” he says. “But it’s hyperloop’s effect on everyday people that is unprecedented in our lifetime. It’s projects like this that epitomise PA’s vision for the future of transport – bold, bright and changing the world we live in for the better.”

As members of Virgin Hyperloop One’s Partner Advisory Board, PA continues to support the company’s latest initiatives to bring the new transport mode to life. Commercial deployments are slated by the mid-2020s, initially linking key freight routes and then capacity-challenged city pairs. In India, Virgin Hyperloop One, with PA’s support, are on track to connect Pune and Mumbai, two major economic centres, creating a competitive mega-region with a combined population of 26 million inhabitants. 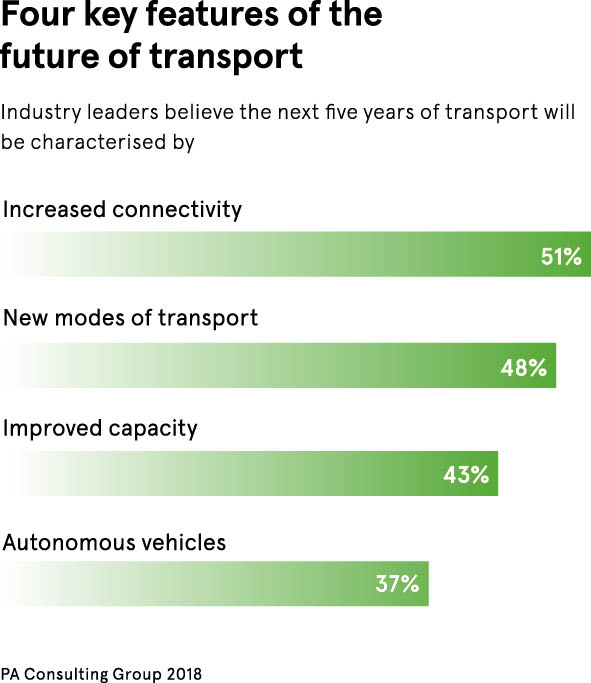 Jim Morgan, PA’s technology and transport expert, says: “In India, capacity is the issue. You have an antiquated rail infrastructure and constrained flight network that are stretched. Mumbai’s population is already over 18 million, so cannot sustain growth without a forward-looking transportation solution. Hyperloop serves a critical purpose by adding capacity and accelerated throughput with high-velocity, dynamic transport.”

So, hyperloop is a response to today’s congestion and capacity challenges. By expanding the catchment areas of airports, augmenting the linkage of key business city-pairs or boosting the reach and responsiveness of freight and logistics centres, hyperloop can deliver improved passenger experience, better connections and more seamless transport options.

This is what Mr Lynch says makes hyperloop most ingenious. “All this talk of transforming transport may make hyperloop appear as a threat to the status quo, but it’s actually an integrator,” he says.

Yet traditional commercial competition dies hard. PA Consulting’s study shows that the fifth feature of the future identified by more than 200 transport leaders is increased competition between modes of transport. So, the perception that innovators or even old adversaries are competition to be beaten must be challenged, before any of the significant opportunities can be leveraged.

The reality is hyperloop is developing fast, along with a host of new autonomous transport modes, intelligent infrastructure developments and radical new business models. When combined with the progress industry incumbents are already making, we are closer than ever to delivering a better future in transport; a vision that all actors so clearly share.

What’s required now is a shift to collaboration, pairing disruptive future thinking with the wealth of existing experience in the sector. With 70 per cent of transport leaders citing collaboration as critical to success, perhaps we’re closer than we think.