Taking back control on the open internet

Historically, digital advertising was a great democratising force, granting consumers access to quality content – news, videos, music and games – all for free, while funding media newsrooms around the world.

More recently, evolution of the internet has brought consumers unprecedented choice in, and access points to, premium content.

At the same time, increased attention to the ways companies handle consumer data, including the introduction of privacy regulation in Europe and California, and the ensuing decline of third-party cookies as an identity solution, has created substantial unknowns about the future of identity and monetisation.

In the midst of rapid change, open, efficient and transparent advertising technology is needed more than ever; technology that improves return for buyers and sellers, while helping consumers juggle the costs of subscriptions to the ever-expanding pool of online content.

Dominant platform offerings such as Google and Facebook provide solutions, but at a cost. In aligning with two companies that control the vast majority of digital advertising spending, publishers and advertisers find themselves at the whims of policies and product decisions which often restrict their independence and innovation.

“If an advertiser is looking for the ability to deliver their message to their desired audience at scale, then ostensibly the walled gardens tick those boxes pretty well,” says Jerome Underhill, senior vice president, EMEA, Asia and Latin America, at Xandr, AT&T’s advanced advertising company.

“They have an incredible amount of targeting data, though not always derived in a way that consumers understand or in ways immediately adjacent to how the ads are being shown. However, in return for accessing this, advertisers have to give up a lot in terms of control and transparency. Some understand the trade-off better than others, but with the huge amount of scale these platforms have, working with them has previously been pretty unavoidable.”

Marketers and publishers keen to relinquish their reliance on Google will need to seek alternatives to understand their customers, activate their data and monetise their assets.

We have to introduce an option for those who want to buy advertising and access to consumers on all devices, platforms and formats in one place

One option for publishers is adopting a subscription model to fund content production and gather their own first-party data. This strategy poses a risk, however, to the free access to premium content for consumers enabled by digital advertising, while advertisers could encounter restrictions to the inventory available to them.

“For some of the more niche content providers out there, a subscription model has been relatively successful, but for many of the bigger news organisations, which have historically served pretty large populations, it has come with its challenges,” says Underhill. “If the demand-supply equation can be better balanced and publishers can assert themselves in a collective sense, then people will follow them to access points away from the walled gardens. We’ve seen not just individual publishers, but also coalitions of publishers across Europe starting to work with us to try and redress that balance.”

Xandr, which provides an advanced platform that optimises the buying and selling of digital and TV advertising, believes collaboration among participants of the open market will challenge the dominance of the walled gardens, create viable scale and keep publishers in good financial shape by providing the simplicity buyers value.

A major challenge that Xandr is addressing is fragmentation. Viewer attention is increasingly difficult to capture and hold, as consumers access media content on myriad devices, often flipping fluidly from one screen to another as they go about their day or with eyes on multiple screens in the same moment. 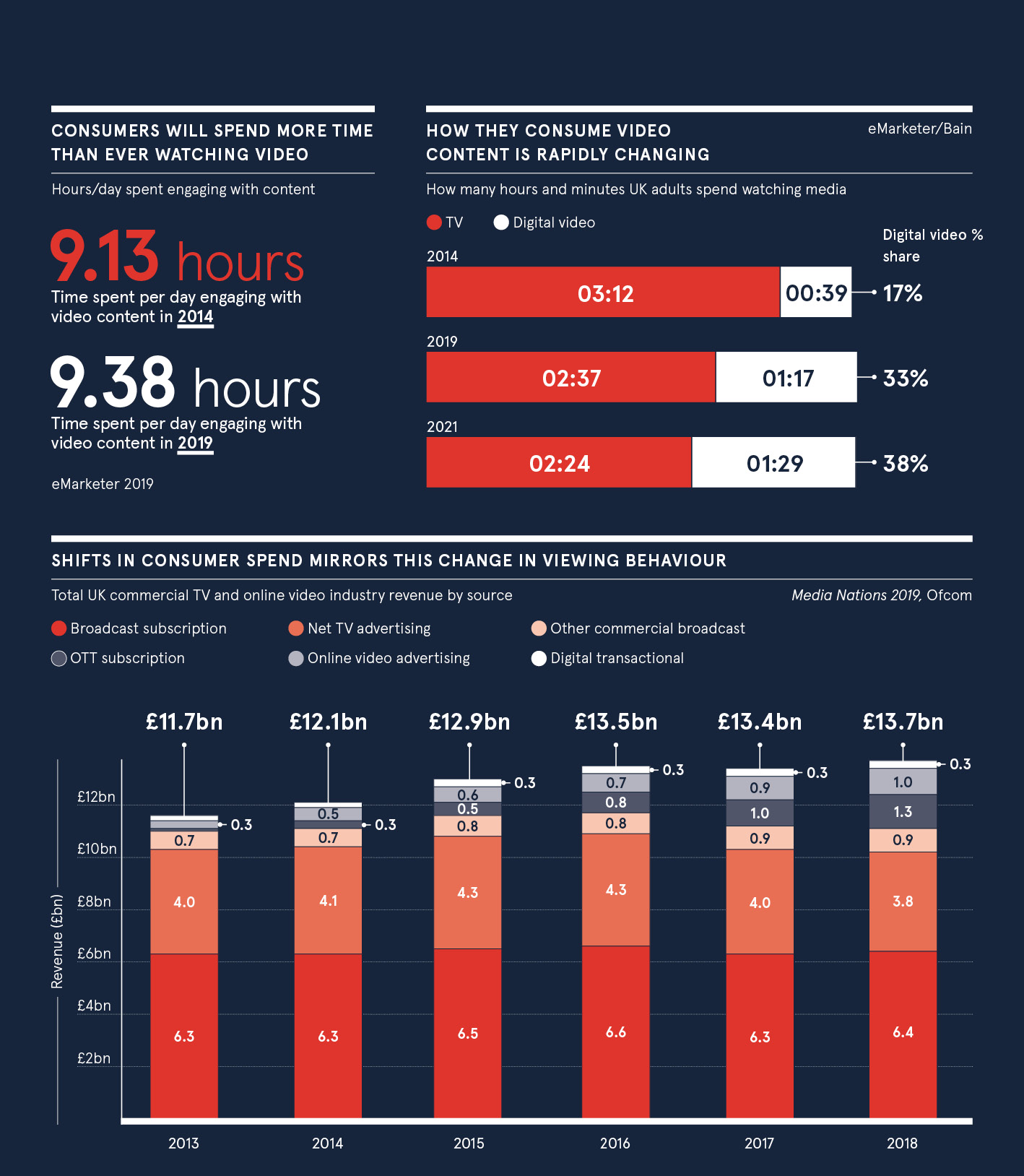 To catch their audiences wherever they are viewing content, marketers traditionally situated squarely in the TV or digital video ecosystems are having to reconsider their strategies for planning, buying and measuring advertising. As a result, publishers are evolving their models for packaging and selling it.

“People are consuming content across multiple platforms, often even starting the same piece of content on TV and continuing it on mobile because they have to travel somewhere,” says Underhill. “This is driving convergence in the way consumers experience advertising. We have to introduce an option for those who want to buy advertising and access to consumers on all devices, platforms and formats in one place. In doing so, we’ll create a more holistic view of, and reach to, audiences at scale.”

By enabling advertisers to buy more than simply one publisher’s audience through a platform, and for publishers across different markets to all operate off the same platform, Xandr minimises the number of interfaces buyers need to reach the audiences they care about.

“Everyone in the media ecosystem benefits when more of the advertiser’s budget makes its way to the publisher. It means more content can be produced and more consumers are reached,” says Underhill. “Xandr’s north star is working with open internet players who want to engage beyond the walled gardens. These are conversations we see happening across the world, but there are very few platforms that can facilitate this level of collaboration at scale. That’s where Xandr comes in.”