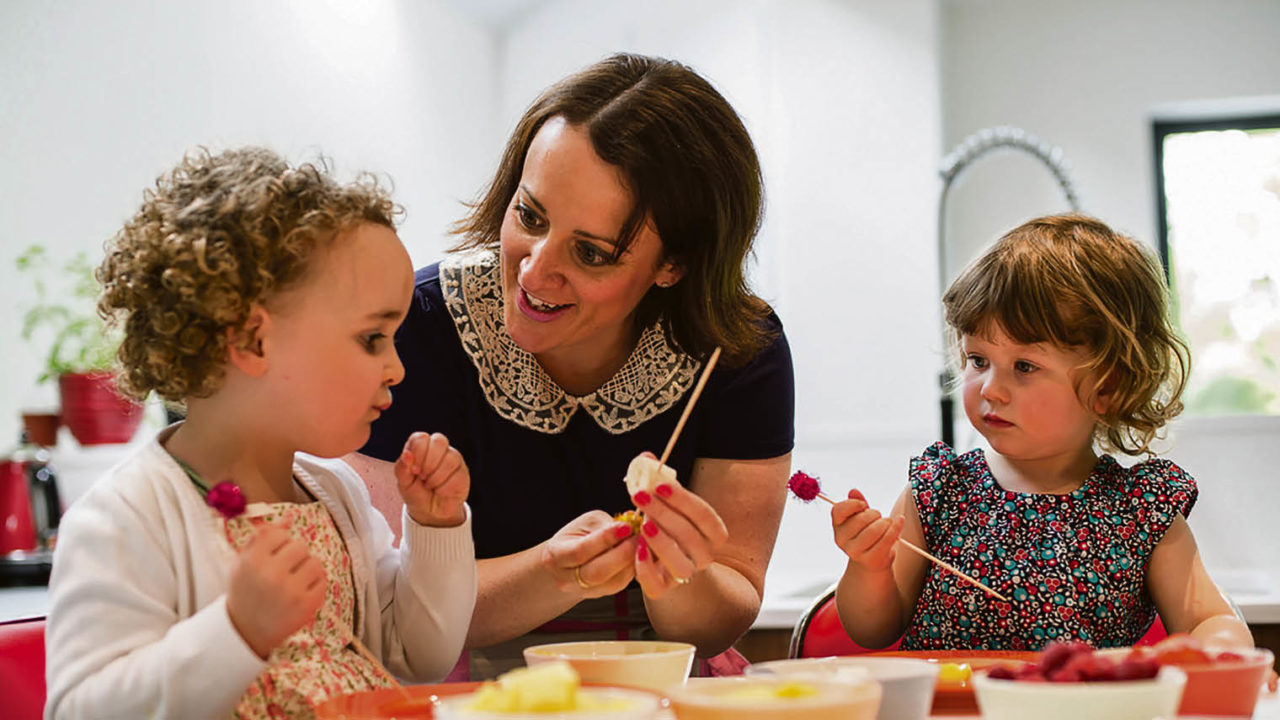 Jayne Hynes is a classic example of an entrepreneur – cooking up a business idea in her kitchen and turning it into a brand that is now stocked on the shelves of a national supermarket.

Her company Kiddyum makes children’s frozen ready meals that are sold through Sainsbury’s across the UK, and the fast-growing business is planning to supply other retailers and move into new domestic and export markets.

She insists she could not have grown the business so quickly without the benefits of supply chain finance, which she describes as “an absolute lifeline”, allowing her to get almost instant access to payments for products at a small discount.

Kiddyum taps into a system provided by Sainsbury’s, using the technology and platform developed by PrimeRevenue, with finance by Royal Bank of Scotland, allowing her to maintain the cash flow needed to keep her business running efficiently.

Mrs Hynes, 40, was juggling her full-time job as a chartered surveyor with being a mother to two young children when she started experimenting with cooking and freezing batches of healthy meals.

She spotted a gap in the market and spent two years researching it, before winning a contest to pitch her idea to Sainsbury’s who liked it so much they placed a contract in October 2013.

Outside investment, plus the support of her husband who continued in his full-time job, helped fund Kiddyum’s startup so she could commit to a launch in August last year, when five products, including fish and vegetable pie, and chicken curry with rice, went on sale in 330 Sainsbury’s stores.

Her concern was that retailers had a bad press for holding suppliers to payment terms of 60 or even 90 days, which would have left her with cash-flow problems. Among her costs are outsourcing of cooking, warehousing and distribution, plus business services such as accountancy and marketing.

To her relief, Sainsbury’s put her on the PrimeRevenue platform, allowing her to draw down on payments as soon as invoices are approved on the system, subject to there being a minimum of £5,000 in the account.

“Once we were set up it was amazing, we were able to get the money in the account the next day. For me as a small business it is absolutely invaluable,” she says.

“We produce on a big scale and we produce monthly, which is a chunky outlay for us. If we had to wait 60 days we would need to have more cash sat in the bank because there is a lot of investment in stock.”

A fee is automatically deducted when she draws down on a payment, which is much cheaper than using a bank loan or private funding house, says Mrs Hynes.

Another advantage is the system does not require any additional hardware and is accessed through a website, providing information her accountant can also tap into.

“It’s fairly easy to use and very transparent. We have a PrimeRevenue account manager who is always available and I find them very easy to deal with, very responsive,” she says.

I’ve potentially saved tens of thousands of pounds by doing this, but I’m amazed at the number of people that don’t know this kind of facility exists

Mrs Hynes will need external backing to help fund the next stage of expansion, but she would be keen to use similar supply chain finance systems if other buyers made them available, noting: “I think this is the most ethical way of treating suppliers.”

PJ Bain, chief executive officer of PrimeRevenue, says the network benefits buyers, suppliers and finance providers, dramatically increasing cash flow for business, down to the smallest link in the chain.

He adds: “It gives smaller companies access to capital at a lower cost that allows them to innovate, expand or pay down debt. It creates an ecosystem which drives success for all the participants.”

Summing up the benefits, Mrs Hynes concludes: “For us, this kind of arrangement is an absolute lifeline. I’ve potentially saved tens of thousands of pounds by doing this, but I speak to a lot of other SMEs [small and medium-sized enterprises] and I’m amazed at the number of people that don’t know this kind of facility exists.”