The future of advertising is trust, creativity and innovation, says ITV 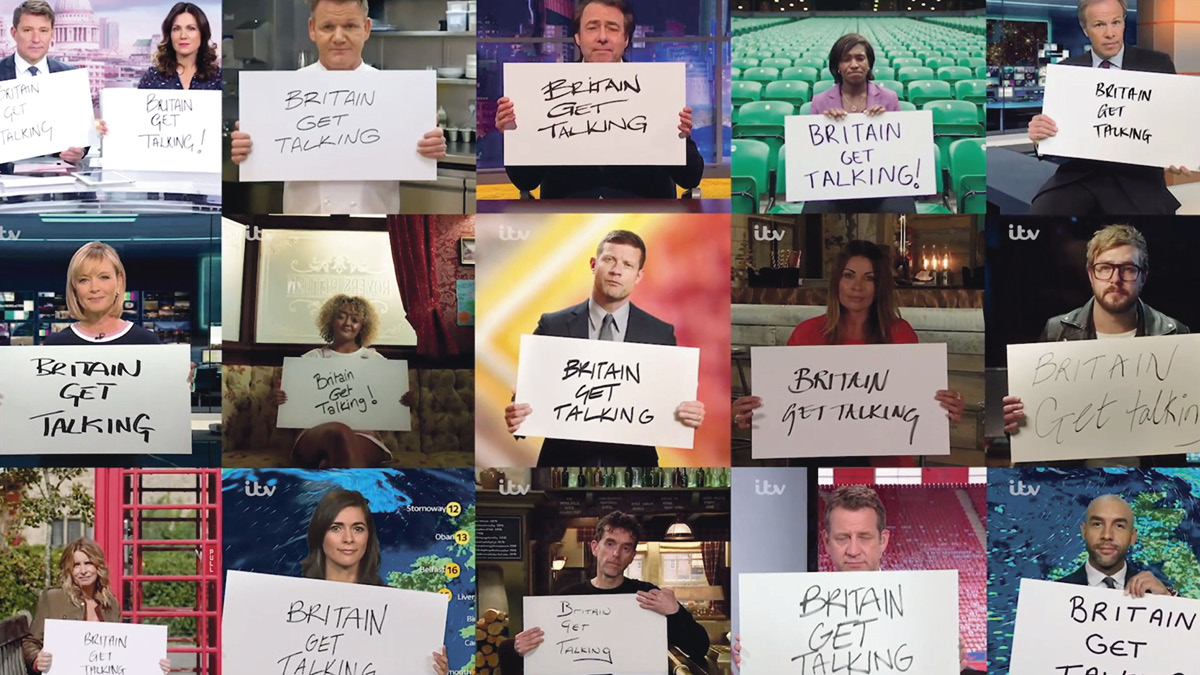 Post-Brexit uncertainty, digital disruption or the climate crisis, people’s lives are peppered by seismic change and uncertainty. In the process we’re using a dizzying array of media to inform us about the world we live in, from social feeds to video on demand, broadcast outlets to global tech giants.

“Making sense of the rapidly changing world in which we live isn’t easy and there’s a huge issue about who and what information people can trust. Television is the most trusted and respected medium, and because it both reflects and shapes culture for good, it has the power to influence people like no other,” explains Dame Carolyn McCall, chief executive of ITV.

Television is deeply embedded in Britain’s cultural narrative. ITV, for instance, reaches more than 36 million people every week. Mass media is the go-to source for culturally significant shared viewing moments, whether it’s the general election or the Rugby World Cup, same-sex dancing for the first time on a prime-time show or the upcoming UEFA Euro 2020 football tournament.

“Cultural touchpoints provide high-intensity bonding moments that mean everything to people. They’re the golden threads that bind society. Advertisers increasingly realise this too. Brands only thrive when they matter to people and they matter most when they’re part of culture. But to be part of culture, you have to be visible,” says Kelly Williams, managing director of commercial at ITV.

Shared viewing moments bring people together, giving them an enduring experience that has scale and cultural significance. Brands are increasingly realising the difference in terms of what can be achieved with say YouTube or Facebook advertising compared with a peak ad-spot in Coronation Street or Britain’s Got Talent.

“The more individually precise you are, the more culturally invisible you become. This is where the power of television advertising to a mass audience comes into its own. You capitalise on a human wave of consciousness. Our core aim at ITV is to try and create, influence and reflect cultural moments better than anyone else,” says Williams.

Television is the most trusted and respected medium, and because it both reflects and shapes culture for good, it has the power to influence people like no other

“But it’s a challenge for broadcasters and advertisers to stay relevant, especially to a younger generation. This is where creativity is paramount. It’s the secret sauce, everyone has to raise the bar, fostering a new era of cultural relevance. As the UK’s biggest commercial broadcaster, we have a responsibility in this area. Making great, emotionally engaging ads is crucial to building trust.”

Connecting emotionally with viewers en masse is no small feat, at a time when the public’s attitude towards advertising is in decline. It’s why ITV has invited brands to pitch for a free prime-time slot during the UEFA Euro 2020 final. The most creative, emotionally engaging ad wins. Four years ago, 44 million people tuned into the broadcaster’s coverage. The aim is to up the ad quality and help the nation to fall back in love with advertising.

Recently there has also been a concerted effort by broadcasters to use the scale of their audiences to create positive change, bringing brands along with them in the process. Last year ITV interrupted one of its biggest shows, Britain’s Got Talent, to launch Britain Get Talking to a wide family audience and start a national conversation about mental health. This was followed by a silent commercial break and silent ads from clients supporting the Britain Get Talking message. As a result, 2.8 million people had conversations to support their mental health.

Take ITV’s support of the Daily Mile campaign, which has helped encourage children to be more active at school, jogging for 15 minutes each day. To date more than 6,500 schools have signed up with over 1.5 million children doing the exercise daily.

The results of the Eat Them to Defeat Them campaign from ITV and Veg Power, along with an alliance of 12 supermarkets and brands, has been astounding. 650,000 children ate more vegetables as a result of the advertising and an additional 18 million packs of vegetables were sold. This year, Channel 4 and Sky are backing the campaign to make it even bigger.

“With great power, comes great responsibility. As the nation’s storyteller we’re in a unique position to drive emotionally engaged audiences, as well as precipitate social change creatively with our partners. If you don’t innovate, you won’t stay relevant. If you want to matter, work with ITV. This is also part of our wider social purpose strategy and our More than TV ethos,” says Williams.

The More than TV vision involves not just investing in the likes of ITV Studios, BritBox and ITV Hub, which already has 30 million registered users, but investing in data and technology, particularly Planet V. This is the company’s new addressable ad platform, which will simplify and automate buying ITV advertisements on video on demand. It is a frictionless, flexible and fully transparent buy.

It will give advertisers and agencies unsurpassed control over their campaigns, which can be managed in real time, rather than hours or days. This is currently in beta and due to launch fully later this year.

“ITV is extending an open invitation to other broadcasters to join the Planet V platform as well. The industry should not be competing on technology, instead we should be competing on content,” says Williams.

“We are in the foothills of a data-driven future. The aim is to disrupt the status quo on how ads will be served. Planet V is about creating a market-leading platform that will evolve over time. We want to offer a winning combination of mass, simultaneous reach for advertisers alongside a more data-driven proposition on ITV Hub. Creatively, we are integrating more and more brands with our channels, programmes and talent, which is supercharging the unique emotional connections we have with our viewers.”

More than TV. Be part of culture.