As cloud computing continues to disrupt enterprise IT, Nutanix has evolved from a Silicon Valley startup that pioneered hyper-converged infrastructure in the late-noughties to a software leader satisfying businesses’ demands for a hybrid cloud model.

The company, which made its name by taking the web-scale engineering that Google used to build the first public clouds and applying them to enterprise, is demonstrating the rapid pace of innovation by reinventing itself just nine years after it first disrupted the market.

Nutanix led the charge towards a more simplified datacentre as traditional hardware vendors struggled to transition to cloud. It took the functionality of a storage processor, rewrote it in software and ran it as a scale-out platform on commodity hardware.

Now it is ready to disrupt again as an Enterprise Cloud OS software company. Enterprises have increasingly desired a model of IT that delivers the flexibility, agility and scalability of public cloud while also ensuring complete control over business-critical data.

In this landscape there will also be a place for customers running services internally on their private cloud to be able to run a service out on the public cloud where appropriate, according to Rob Tribe, systems engineering director for Europe, the Middle East and Africa at Nutanix.

“Given our heritage was built on technology that runs some of the largest public clouds in the world, we had the opportunity to build a private cloud platform with the same attributes that customers look for from public cloud, but allows them to run business-critical applications such as Oracle, SAP and Microsoft on-premise or in the cloud depending on where it is best placed,” says Mr Tribe.

This is where Nutanix now fits in, taking the technologies it has previously delivered and blending them seamlessly with a single homogenous cloud that runs some applications on the public cloud and some on the private cloud.

Delivered as a single software fabric with unified management, the Nutanix Enterprise Cloud OS supports hardware from multiple vendors and can run across all enterprise environments. With the upcoming release of Xi Cloud Services, IT leaders can leverage Nutanix software in a native cloud solution with a simple one-click experience while taking advantage of the subscription model that has made cloud computing so popular.

Applications in a multi-cloud architecture need to be defined, instantiated and scaled independent of the cloud environment, so Nutanix is also releasing Calm, a cloud service that abstracts applications environments from the underlying infrastructure, harmonises cloud operations and recommends the right cloud for the right workload. Calm includes an integrated marketplace that allows application designs to be shared across an organisation, speeding the time to production for new business initiatives.

“You need to be able to blueprint something such that the platform understands what service levels are required for it in terms of things like latency and how many users are connected, but also whether it needs to be backed up or replicated or what the latency needs to look like to those end-users,” say Mr Tribe.

“The platform should make the decision about where is best to run that application set. You need the software to take all those factors into account and make that decision for you, almost on a daily basis. The platform will move application sets and make the adjustments to the blueprint that are required while the business just continues to see the service delivered. That’s why the automation piece is critical to what we’re doing.”

Nutanix’s leading position in the market for enterprise software is testament to its innovative approach to the evolution of cloud computing and its own eagerness to evolve. At a time when software is now king in the enterprise IT world, Nutanix’s savvy pivot to a software mode that allows customers to choose their own hardware has put it in a position to further disrupt the datacentre. 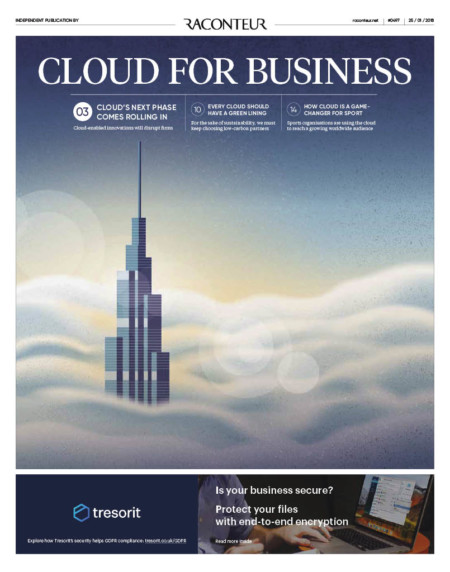