As fintech consolidates, a new crop of billion-dollar unicorns is on the horizon, writes Clay Wilkes, chief executive of Galileo 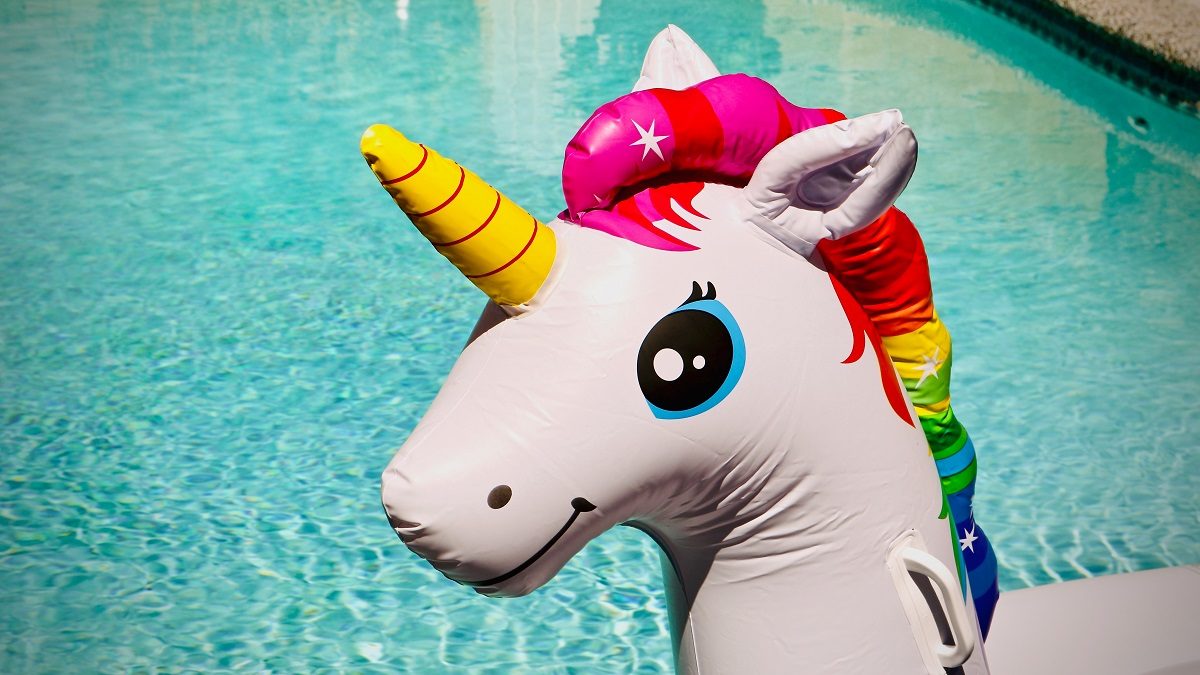 Financial technology (fintech) is making a significant impact on our daily lives, from how we pay for public transport to providing alternatives to big banks and making international money transfers cost effective. There are 11,500 companies across the globe whose primary focus is fintech, with about 3,000 focused on payments fintech, getting money from one person, business or government to another.

For a decade, fintech has been the darling of venture capitalists (VCs). In the first half of 2019, investors poured $15.1 billion into fintechs globally, with 54 challenger banks alone attracting nearly $1.5 billion. Why so? Firstly, because investors recognise the tremendous opportunity inherent in disrupting traditional banking. And, secondly, because successful fintechs have generated stratospheric valuations. Every VC wants in on the next Stripe ($22.5 billion) or Adyen ($19.5 billion).

The trajectory of fintech is about to change, however, and the result will be fewer fintech businesses overall and more fintech unicorns, privately held startups with valuations exceeding $1 billion. Within three to five years, the number of fintech businesses is likely to drop by half, while valuations of the remaining companies and the number of unicorns among them will soar.

While fintech investment will be robust for the next decade, VCs will become more discriminating about the companies they invest in. The “two developers in a garage” model of fintech innovation may not be dead, but those garage startups will face increasing difficulty obtaining funding. Consequently, the fintechs that disappear because they’ve exhausted their funding without gaining market traction, and there have been many, aren’t as likely to be replaced by newly minted ones.

Other fintechs will be acquired, some scooped up by traditional banks to strengthen their payments operations. Still others will merge to create larger, stronger businesses. And the strongest will continue to receive support from investors, who will focus increasingly on proven companies in their later funding rounds.

This transition is already underway because a maturing fintech environment doesn’t need 11,500 participants. Although we never want to lose the entrepreneurial spirit of two developers in a garage, consolidation will increase the efficiency of fintech investments, creating businesses that can scale, achieve profitability and fulfil their mission to improve how consumers, businesses and governments handle their money.

Fintech consolidation will have the important corollary effect of consolidating financial data into fewer hands, which is a positive outcome if the data is handled securely and consumers control their information. Companies with access to the data will have an advantage over those that don’t, strengthening the market positions of the “haves”.

Galileo, for example, will grow this year to process roughly ten million financial transactions daily. Using advanced technologies, combined with artificial intelligence, we’ll use the immense amount of anonymous data generated by these transactions to reduce card-based fraud losses to less than half the industry average. Similarly, other large fintechs will use their own big data to fuel positive innovation. 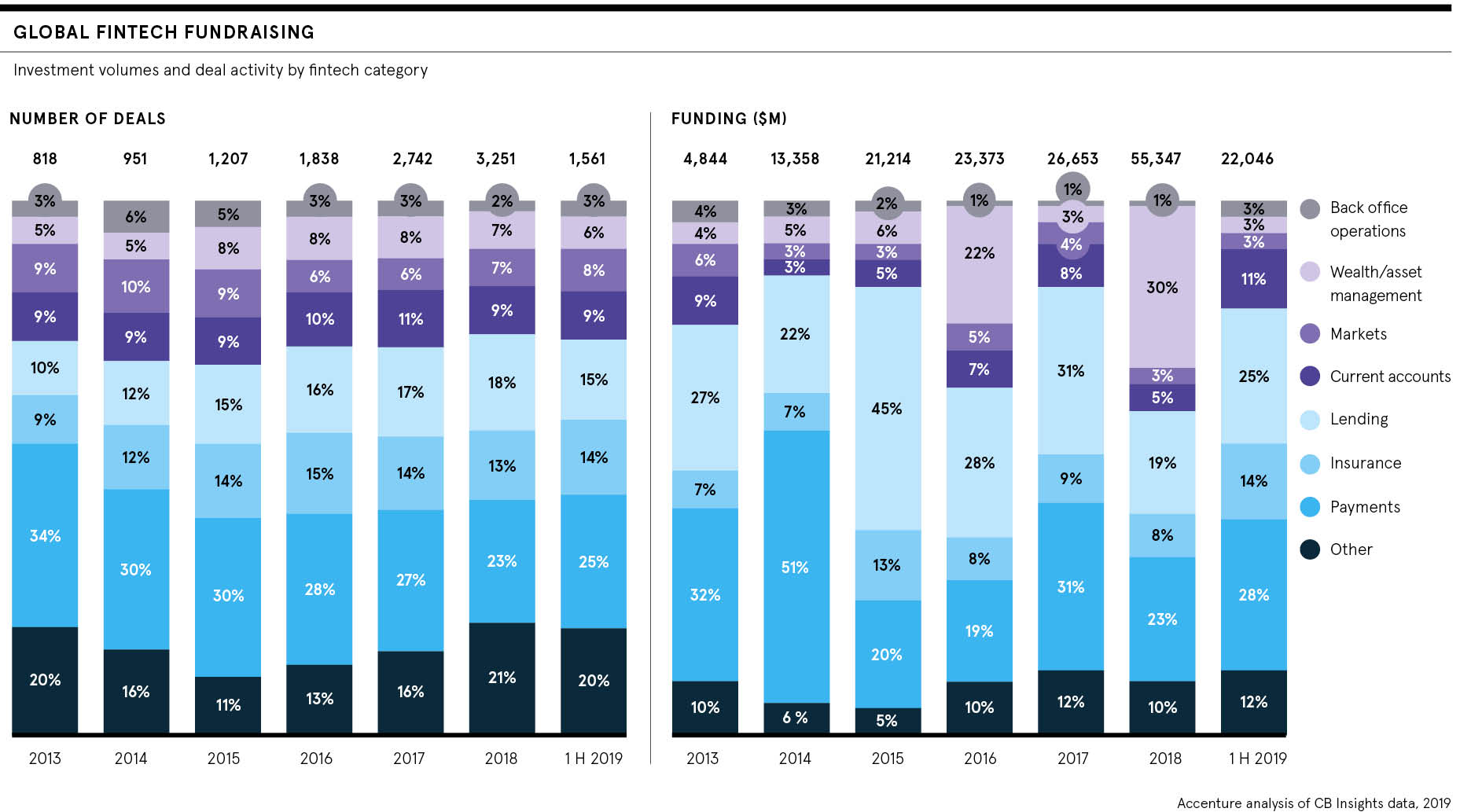 Strong, ongoing investment will boost the number of fintech unicorns. Three years ago, there were 27 worldwide, with a combined $16.9 billion valuation. Today, there are 48, valued at $187.0 billion, with seven added during the first half of 2019. And there’s a strong pipeline of fintechs; in the United States alone, 40-plus are on the cusp of unicorn status.

So, what does a payment fintech unicorn look like? Here are three UK-based examples.

Monzo ($2.5 billion), a challenger bank launched in 2015, offers an alternative to traditional banks with a completely mobile banking service that attracts 55,000 new customers a week. The company recently announced it’s expanding to America, where it will take on not only traditional banks, but native challenger banks, including Chime and Varo.

Revolut ($1.7 billion), another challenger bank launched in 2015, enables customers to hold cash in multiple currencies. As of late-2018, it holds a European banking licence and offers banking services, currency and cryptocurrency exchange, and peer-to peer payments. Like Monzo, it has US expansion plans.

TransferWise ($3.5 billion) launched in 2010 to solve the problem of high-cost international money transfers. Its founders, both of whom had been paid in foreign currencies, were tired of giving up 5 per cent of their income to currency conversion, so they created a low-cost, fully mobile alternative. Today, TransferWise has five million customers and processes $4 billion a month in currency transfers.  Not surprisingly, two of these unicorns are challenger banks and all three are Galileo clients.

During the first half of 2019, challenger banks attracted $2.5 billion, an average of $45.45 million across 55 deals, from VC firms. To put this staggering number into perspective, it surpasses 2018’s record investment of $2.3 billion for the entire year. Investors recognise that challenger banks are deconstructing banking, unpacking the services consumers want and delivering those services in a digital, easy-to-consume format at attractive price points. Challenger banks are helping consumers understand that although they need banking services, they don’t need traditional banks.

Challenger banks have some of the largest audiences among fintechs. If they continue to expand their bases while keeping customer acquisition costs low, they’ll continue to attract investment and, potentially, displace traditional banks for everyday consumer financial needs.

The key to the future of fintech is following the money. And the smart money is backing fintechs, particularly companies with a proven track record of creating value by unshackling banking and payments, and offering convenient, cost-effective services.

Later this year, for example, expect financial products that address banks’ low, zero or negative interest rates. Look for all types of companies, beyond traditional banks and even fintechs, to offer new, incredibly convenient payment options. APIs (application programming interfaces) are enabling this next wave of payments innovation, which will lead to massive adoption, like the explosion of mobile apps a decade ago.

We’re only beginning this fintech journey; there’s much more to come.

Galileo is fintech’s tech. We power the world’s leading fintechs, including many current and soon-to-be unicorns. Contact us for more information at galileo-ft.com/contact