As consumers are flooded with choice, marketing chiefs of the future need to capture time 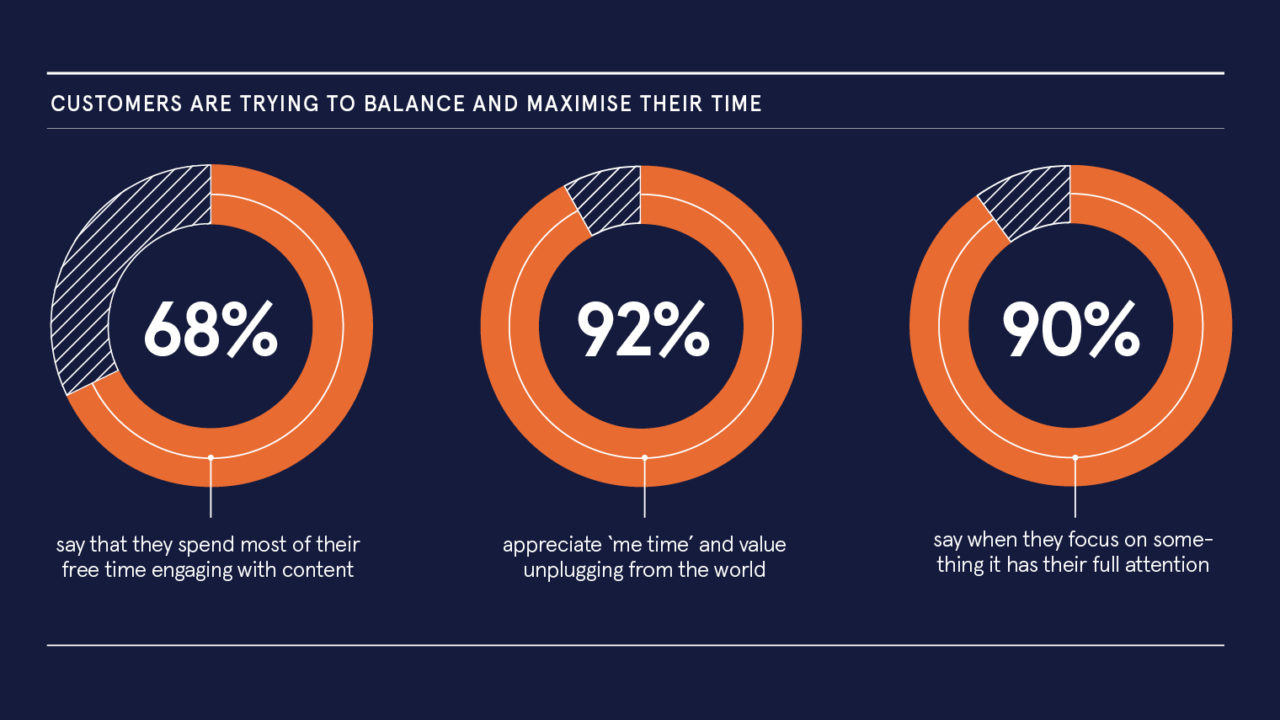 The Mad Men era of advertising, a period in which creative teams reigned supreme, may be widely thought to have drawn to a close, but consumer access to content across screens increases seemingly infinitely.

In the opinion of Kirk McDonald, chief marketing officer (CMO) at Xandr, capitalising on this abundance of creativity requires the capture of a different commodity: time.

“The bar has got so high for CMOs that to capture consumers’ attention purely through clever design and imagery is unfair; it’s too much of a burden,” he says. “Since you have infinite, rich content, yet only a finite amount of time to reach your audience, the focus now has to be on making sure the story is relevant to the moment, to both break through and complement consumers’ experience.”

Mr McDonald goes on to affirm that the entire media industry has now become about time: when (and where) can advertisers optimally reach interested audiences, how many people can campaigns reach in their lifespan and for how long will consumers give brands their attention?

“The inflection point that we’re at now requires a core set of assets to be able to compete and succeed,” he continues. “Marketers have to find a way to get more creative with their interruptions, making them complementary as well as just interjecting.” 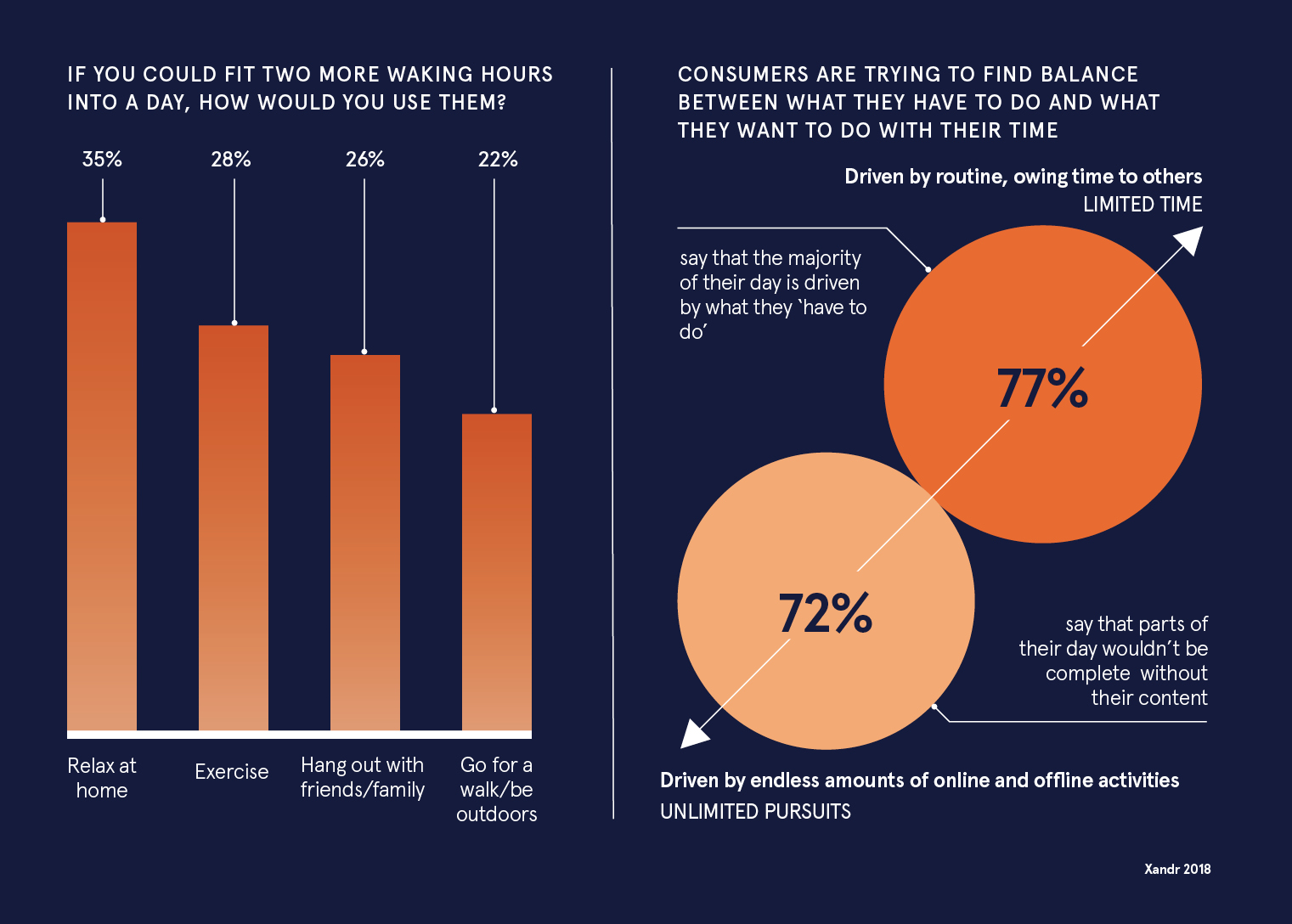 In less than a year, Xandr, the advertising and analytics arm of AT&T, has become one of the foremost advisers and facilitators of relevant advertising. Last year’s acquisition of AppNexus, the world’s leading independent ad tech company, added a global footprint to Xandr’s already impressive team and unique assets.

The resultant structure assists advertising buyers and sellers in a way that merges their existing creative potential and premium inventory with more tailored and targeted strategies.

Mr McDonald says: “We are proud of the fact that little more than six months into our existence, we’ve been able to deliver data-enriched products for our partners and sister companies.

“As recently as May, we hosted our first involvement in the traditional upfront buying and presentation season in New York where we introduced our premium marketplace called Community, a quality video content environment that has already attracted a number of premium publishers to participate. We have the intention of transforming it into a truly global premium marketplace in the future.”

At the time of Community’s announcement, the multi-platform service was described as the “first step towards the future convergence of linear TV and digital”, enabling advertisers to reach their audiences at scale in a brand-safe, premium video environment.

Now Xandr is announcing the launch of Xandr Invest, its strategic buying platform that champions agencies and advertisers as they plan,
execute and learn from their media campaigns. Built for the future of advertising, Xandr Invest uses intelligent machine-learning that streamlines workflows and drives better business results, by reaching audiences across screens.

“It’s about harnessing the power of digital to capture relevant moments, at scale, to put the right message in front of interested consumers however they view content,” Mr McDonald explains. “That requires the reach, inventory quality and breadth of talent we have here at Xandr as a result of AT&T’s huge history of innovation, Warner Media’s scope and indeed the AppNexus technology.

It’s about harnessing the power of digital to capture relevant moments, at scale, to put the right message in front of interested consumers however they view content

“It’s a unique proposition that helps clients and partners go beyond ‘business as usual’.”

This is exactly what Xandr did for one of its leading auto clients in the United States that approached the business after seeing a decline in sales across its full-size luxury SUV line.

“All the research and insights they had suggested the category was still flourishing, just not for them,” Mr McDonald recalls. “We helped them find a way to interrupt and engage these interested consumers; leveraging the targeted efficiency that you get with digital and delivering it through TV.

“The resultant adverts were sent to targeted households in our premium cable TV footprint and went on to outperform a national group sample by more than 500 per cent. It was success based on thoughtful and complementary interruption at relevant moments in time.”

Getting into a household and speaking directly with consumers via creative messaging and execution is the Holy Grail for advertising entities in the current climate. Few technology platforms have the combined assets and talent to execute on the vision, thus many marketers hadn’t fully bought into it.

Mr McDonald believes that the goal posts are now shifting, however. The majority of leading, global advertisers are both willing and eager to evolve their strategies to meet interested consumers across screens.

“Increasingly, we’re talking to partners that are beyond the point of just saying they need to change and are now willing to hear about how to continue down that road in a more informed way,” he says. “There was a time on both the digital and TV side where it was heavy evangelism to bring these companies into the future of cross-screen advertising, but now the conversations are much more consultative.”

This shift in attitude bodes well for where the industry is going as it’s a sign that more companies will “get it right” moving forward if they’re engaging in conversations with Xandr, Mr McDonald adds.

He concludes: “AT&T has such a rich history, while AppNexus provides us with the second-biggest digital advertising marketplace in the world. Combined with our amazing engineering team, platform and media reach, we can bring intersecting worlds together to be a unique route for businesses to thrive in the future of advertising.

“Like we are doing now, it’s all about capturing moments. And the mastery of the future CMO will revolve around this notion of relevance in a moment in time.”