Graeme Hackland, chief information officer of the ROKiT Williams Racing team, opens up on biometrics, quantum computing and the dangers of running a motor racing team on data 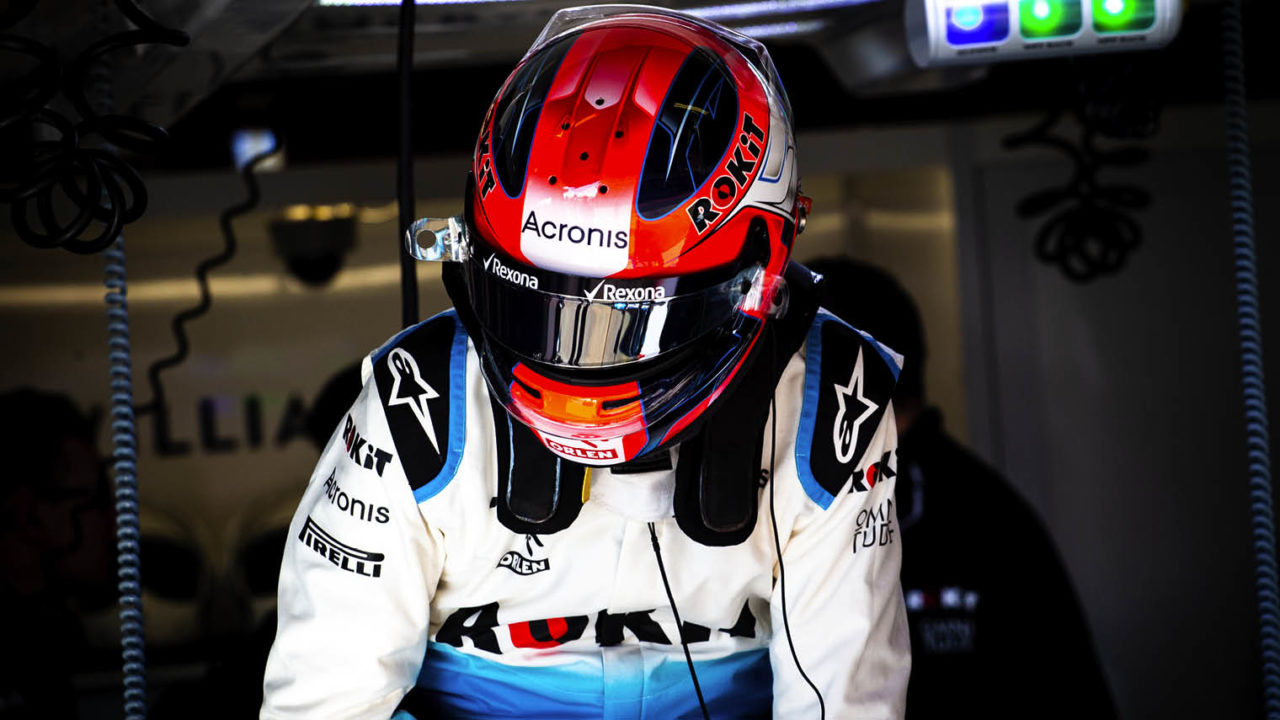 Who is more important in F1, the driver or the IT team?

Wow, good question, but you are asking the chief information officer. There’s no doubt data plays a huge role in Formula 1 and it’s always increasing. We have 300 sensors on the car and run 1,000 channels of data, collecting 800 gigabytes on a race weekend. We use IT to optimise everything we do. We run aerodynamics in virtual wind tunnels. During the race our sensors can tell us how good the driver’s launch was at the start and monitor the performance of each tyre as it changes throughout a lap to work out our race strategy. We use data to improve lap after lap. I remember Felipe Massa saying, “There is nowhere for the driver to hide.” But I suppose the car wouldn’t move without a driver. I’ll admit that.

Tell us about your IT team.

You’ve used the right word, it is very much a team. We employ 25 people in the ROKiT Williams Racing technical team, from trackside analysts to support back at base. We also have our sister division, Williams Advanced Engineering, which focuses on the commercial sector. It advises clients in retail, healthcare and defence, employing 350 people. In total, we have almost a thousand staff members across the group.

Do you take all your kit with you on the road?

We take two racks of equipment to the races in our mobile datacentre. We plan so that if there is no internet we can still take the telemetry off the car and compete. We have a partnership with Tata Communications and run a 100 megabits per second MPLS circuit back from the track. It takes 0.3 seconds to get the data from the car in Australia to our UK base or 0.1 seconds from Europe.

We were hit with two ransomware attacks, but we got lucky and we were able to restore our data from backups

What new tech are you looking at?

3D printing, 5G, biometrics and artificial intelligence (AI) are all interesting. 3D printing is not as new as people think; we’ve been using it since the 1990s. Parts of our front wing and around the camera are 3D printed. We print parts at 60 per cent scale to use in wind tunnels. The technology is improving so fast we hope to print carbon fibre and metal parts in the next three to five years. AI is becoming more important. We want to use it for strategy, for example, for a question such as calling a pit stop. Right now a human takes 60 to 90 seconds to factor everything in and make the judgment. Make it too late and you’ve missed the chance, and can fall from first to third place. That happened in a recent race. AI could help automate much of the decision-making, but we are still some way off replacing humans altogether.

This year the drivers are using biometric gloves for the F1 Doctor’s use. An optical sensor is woven into the glove. It measures pulse oximetry to monitor the heart beat and oxygen level in the blood. The data is sent by an industrial version of Bluetooth with a 50-metre range that can send 20 packets of data a second. To be honest, the drivers don’t enjoy having their data made public. It’s too personal. We are experimenting with biometric sensors on our pit crew. We can see that when we call a pit stop, normally with three corners to go, their heart rate spikes. Then it’s stable. They are so well trained at their jobs they don’t panic. Two races ago we set a record at 1.92 seconds. Biometrics may help us to go even faster. And we are also thinking of using biometrics on our office staff. If they have a virus, we can tell them not to stay late that night so they can recover.

How vulnerable are you to hackers?

In 2014, when I joined, we were hit by two ransomware attacks. They almost caused a disaster. But we got lucky and we were able to restore our data from backups. We then reviewed our situation. We found we generated too much data, even for the latest backup disks. If the team needed something older than six months, it would be stored physically off-site. That was a risk. We needed something new, so we partnered with Acronis.

What does Acronis do for you?

Acronis provides us with cyber protection and takes care of our backups. There are three benefits. First, backups are done through the cloud, which is a huge advancement from our old set-up. It doesn’t matter how much data we generate, it is all stored off-site at a UK datacentre. Second is the speed. We are able to restore in minutes. It used to take hours or days to restore, which wasn’t good enough for an F1 team. Finally, there is AI-assisted malware protection. If a ransomware hacker targeted us again, Acronis’ AI would detect it and block the intrusion. Even if the Acronis AI hasn’t seen that precise type of attack before, it can identify threatening behaviour and intervene. Working with Acronis means our backups are protected, so we are safe from ransomware attacks and other threats.

What’s the next big thing in F1?

Augmented reality could be huge. Can you imagine an engineer who normally sits in our base looking at images, putting on a
headset and being able to look at the car at the track? That could be massive. And quantum computing has potential. We crunch a lot of data together, from computation fluid dynamics, driver simulator data and wind tunnel data. Quantum computing can help us do it more quickly. But right now it’s immature and so expensive. But I hope it will be viable in three to five years. For a race team like us, who are so dependent on data, anything that gives us an edge is tremendously exciting.

To find out what Acronis can do for your company please visit Acronis.com