Digital transformation comes to every sector sooner or later. Now the pharmacy industry, whose model has altered little in decades, faces its own version of the seismic changes that have swept through other consumer-facing businesses 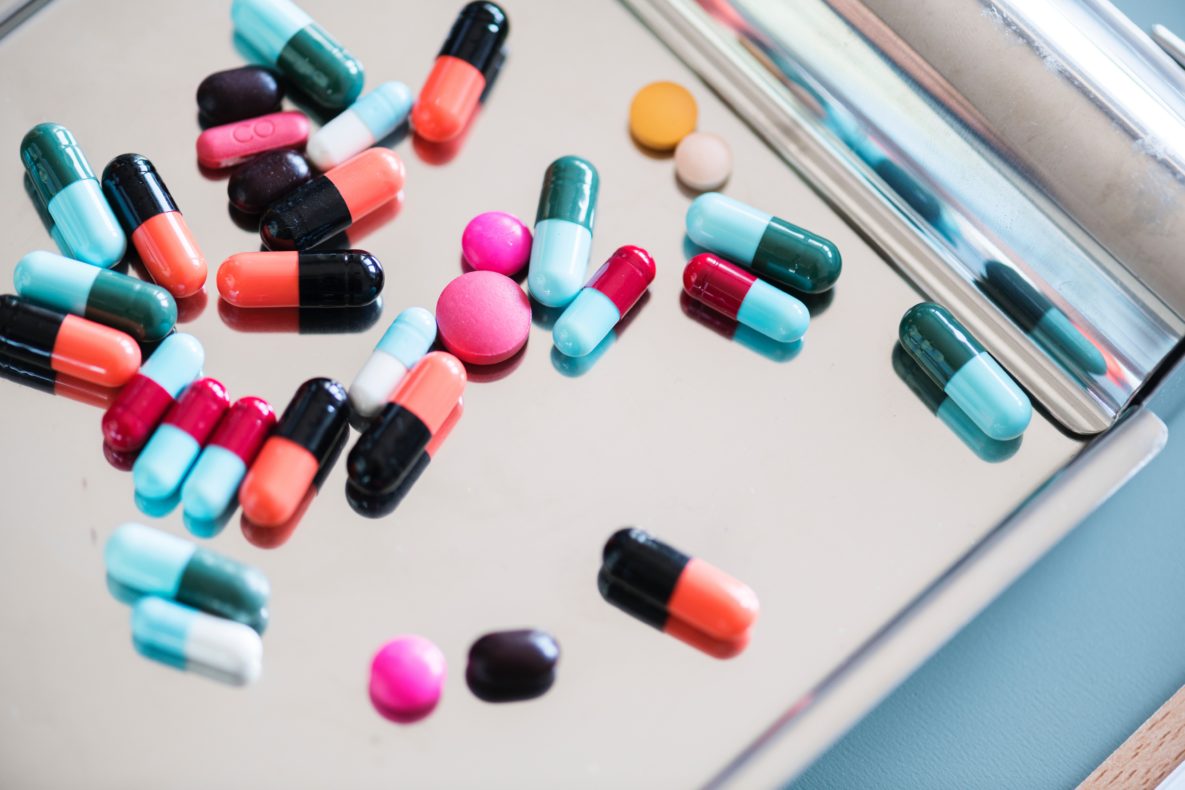 Well Pharmacy is putting itself at the forefront of moves to catch up on the practices of retailers such as Amazon that have transformed customer expectations. At present only 1 per cent of pharmacy transactions are online, a situation that Well expects will change rapidly.

“We want to be pioneers in making the healthcare system better, showcasing the true value of community pharmacy,” says Chris Ellett, director of transformation at Well, which has 780 pharmacies and 7,000 employees. It aims to be the market leader in online pharmacy.

He adds: “I don’t think pharmacy has a choice. If we don’t do it, somebody else will.” There is speculation that Amazon, which bought online pharmacy startup PillPack in June, could enter the market directly, initially in the United States.

We want to give the best prescription experience in the UK

“The pharmacy experience from a customer perspective is pretty rubbish. It’s really poor,” Mr Ellett says, referring to the long-established model of getting a prescription from a GP, standing in a queue and waiting for it to be dispensed by a pharmacist.

At the heart of Well’s strategy is its online pharmacy, which it launched as an iPhone app in July. This enables customers to order one-off and repeat prescriptions to be delivered to their door. Eventually Well plans to add other functions including ordering on behalf of family members such as children and elderly parents.

The digital strategy comes alongside other changes already under way, including creating a “hub-and-spoke” system in which prescriptions are fulfilled at a highly automated distribution centre in Stoke-on-Trent and despatched to pharmacies around the country.

Unlike some chains, Well has no plans to close stores. It has embarked on a revamp of its pharmacies and believes these will continue to fulfil an important role. It intends its changes to free up more time for highly trained pharmacists to advise customers on health needs and spend less time in the back room preparing medication.

That fits with the vision outlined by Matt Hancock, health secretary, to move towards a French model in which people often go initially to pharmacies rather than GPs. He wants to spend as much of the extra £20 billion allocated to the NHS as possible on preventing illnesses, with pharmacies playing an important role.

Well is the brand name given to the former Co-op pharmacy chain, bought in 2014 by Bestway, the wholesale, banking and cement group founded by its chairman Sir Anwar Pervez. It is the UK’s third-largest pharmacy business after Boots and LloydsPharmacy, with a 6 per cent market share, which Mr Ellett believes could significantly increase.

Bestway’s initial aim of expanding by acquiring stores was impacted by government cuts to funding of community pharmacies, which have led to some closures among England’s 11,800 pharmacies. Its digital strategy is an alternative way to achieve growth.

Well went back to basics and asked customers what they wanted, via a survey of 4,171 people with a recent prescription, and by spending a day with customers to see how they use pharmacies. The lesson was to focus on transforming the prescription process, which accounts for more than 90 per cent of pharmacies’ revenue.

“We want to give the best prescription experience in the UK,” Mr Ellett says. “If we understand what customers want and we can do that better than anybody else, then we believe customers will choose to come to us.”

Bricks-and-mortar pharmacies will continue to play an important role because people value them and there are some things that cannot be done online or by phone, like the flu jab service. 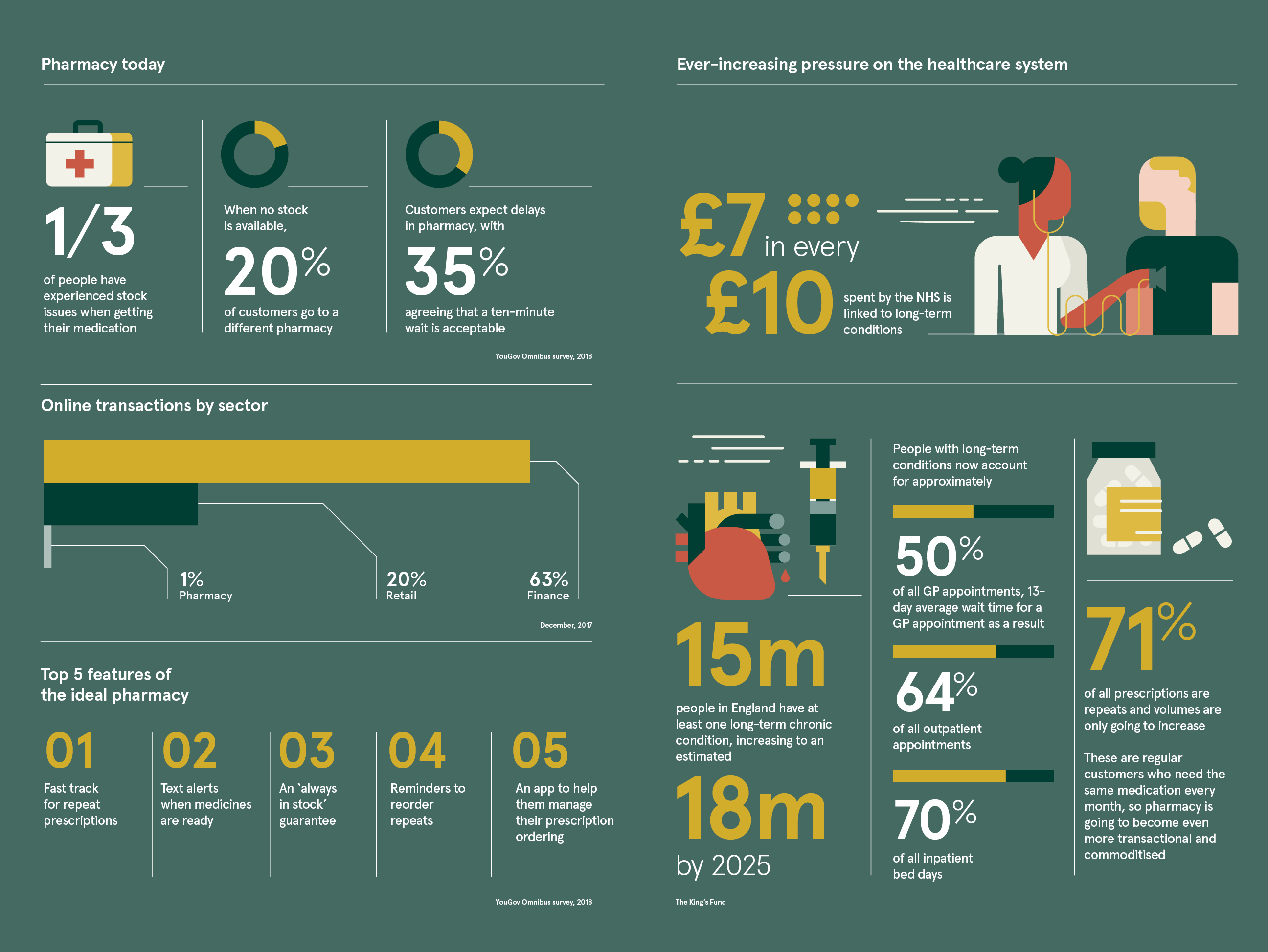 Well believes the customer experience needs to be transformed, however, which it is doing by developing “essential pharmacy” concept stores. The first of these is in Northenden, Manchester, with ten to twelve more to follow over the coming year.

The flow of the new store is designed so it is easier for customers to see where to go for advice, to buy over-the-counter products or collect prescriptions. The dispensary is redesigned to enable pharmacists to work more efficiently. Most boldly of all, the dispensary is being opened up so customers can see what happens inside, like the kitchen of a modern restaurant.

The new store will also have a type of vending machine that allows customers to collect their medicines, tracked by barcode, at any time of day or night.

Well has already invested £10 million in its transformation programme, which Mr Ellett thinks could double or triple over the next few years. He believes the online pharmacy market will grow rapidly. “We want a disproportionately large share of the online market; in fact, we want to lead that market,” he says.

“Where will the market be in five years’ time? Retail last Christmas was 20 per cent online and 63 per cent of banking transactions were online at the end of last year. I’m not saying it’s going to be 63 per cent. I don’t even know whether it’s going to be 20 per cent. What’s clear is the rate of growth and adoption of digital online pharmacy is going to be much quicker than it has been in retail and financial services because people are more familiar and used to using online services.

“Our owners and my executive colleagues are firmly focused on getting this right. We believe we have the right technology and the right capability in the team.

“The company’s strategy is about growth. We believe we can grow revenue within that market and expect our overall market share to increase. We have big ambitions and over the next three years I think we will see massive growth. With the investment that our owners are making there is a very clear business case and set of assumptions, and we are confident that we will deliver that.”

You can sign up to Well’s online pharmacy at well.co.uk