To-your-door wine deliveries, in just half an hour from ordering online, are disrupting the sector 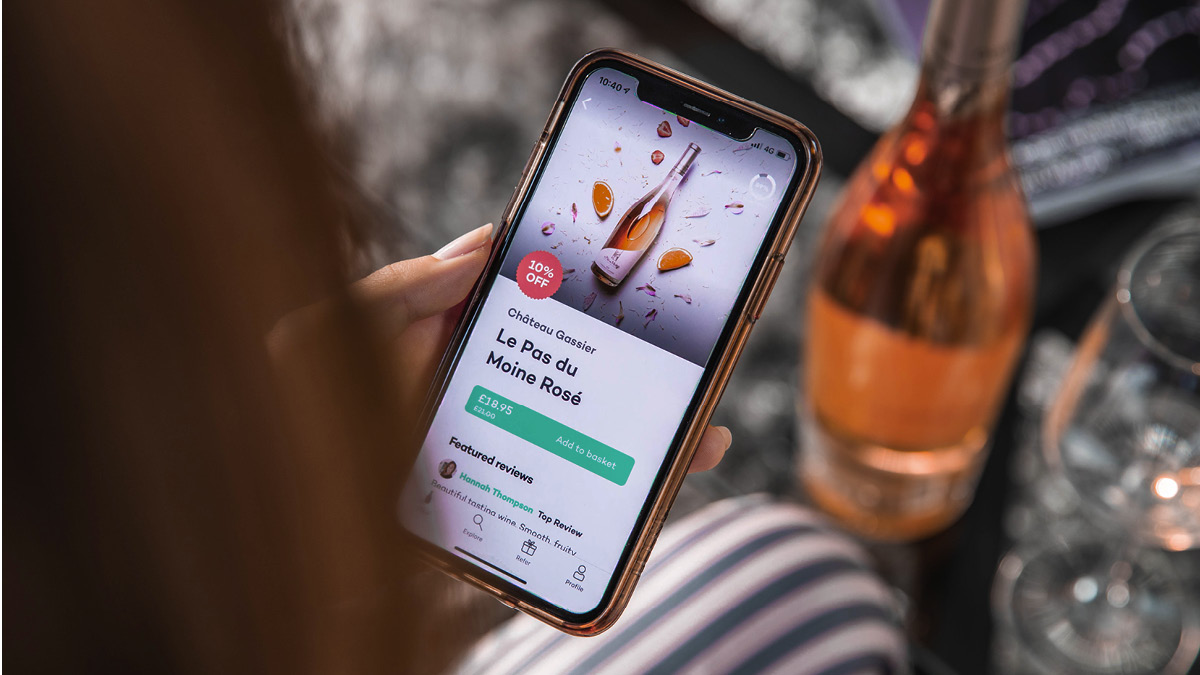 The food and drink on-demand craze has exploded in recent years as the likes of Deliveroo and UberEats have reinvented consumption trends in urbanised areas. But, in reality, is it food and drink or just food that’s been overhauled?

Despite the proliferation of the business-to-consumer model and on-demand concept as a whole, consumers are willing to pay a small premium for cooked meals to be delivered to their home, but aren’t as amenable to the huge markups for alcohol delivered from restaurants and shops. They also demand more of a range than the ten to fifteen wines an outlet might offer through Deliveroo and UberEats.

Launching in December 2018, Wineapp took on this challenge, not just delving into the wide-open space of “on-demand booze”, like apps in the United States, but into the even more niche and specific corner that is fine wines.

“Wine is a laggard in the industry and as a tech team that has worked together for more than six years, we saw the opportunity to step in and apply a technology solution to the vertical,” says Wineapp’s founder and chief executive Marco Nardone. “Since launch, we have experienced 142 per cent quarter-on-quarter revenue growth, amounting to an ever-growing number of users which has now surpassed 60,000.”

Able to transport a portfolio of more than 500 different fine wines by the bottle or case to anywhere in London within 30 minutes from its own warehouses, Wineapp’s model seems a no-brainer and it’s almost bizarre it hadn’t been tried before. When considering the logistical challenges associated with such a startup operation, however, the reasons become more obvious.

Mr Nardone explains: “As well as significant chilled storage and live packing complexities, we also have the challenge of dealing with evolving wine vintage data across more than 500 portfolio SKUs [stock keeping units], not to mention the overhaul of customer support and live sommelier chat for on-demand that all happens in real time, unlike other wine platforms.

“Customers demand wine there and then, so the app has to enable you to make decisions swiftly through a good user interface and easy-to-understand tasting notes. Minutes after ordering, a driver is at our warehouse and wine is on its way to you. The whole process from start to finish must only take, at most, 30 to 35 minutes.”

‘Demand is there, but availability isn’t’

While beginning to realise why Wineapp is a first in its breed of on-demand fine wine, it’s also clear that opportunity outweighs risk.

“Wine is now the most consumed alcoholic beverage, ahead of beer and cider,” says Mr Nardone. “The demand is there, but the availability isn’t and the education around it certainly isn’t, which we find surprising considering wine’s popularity.

“The average consumer will know they like a Merlot, for example, but not why. And not how this may translate to trying other similar wines.”

Wineapp fulfils this notion, using artificial intelligence-driven algorithms to produce consumer profiles for each user based on their orders, quizzes, “Tinder-style swipe” ratings, bookmarks and a host of social features, including “Instagram story-like” 15-second video reviews for each wine.

Nurturing a community of consumers who aren’t necessarily wine experts, the result is an immersive experience that has almost gone beyond on-demand, to becoming a wine portal which will only expand.

“In 2020, we will be putting the data we’re attaining to even better use, to expand our SKU range and to also expand geographically,” says Mr Nardone. “Seven more cities in the UK are on the horizon, as is a move into Europe, which is why we’re soon closing our latest investment round.”

When asked about the pressure to keep ahead of others looking to enter this space, he is  reminded of the challenges Wineapp faced during the past few quarters of double-digit monthly growth, emphasising that any new player will have to go through the same scaling phases. So Mr Nardone predicts Wineapp is at least a year or two ahead of the curve. But that isn’t the reason to keep evolving.

The rationale remains the same as when he initiated the business for a love of fine wine and a passion to use technology to disrupt industries.