Female fertility has become a growing health concern in recent years. Not only are infertility problems impacting people at a younger age, but societal trends are also driving women to delay pregnancy because they want to invest more time and effort in their professional career, which typically coincides with their most fertile years.

This is creating socio-demographic challenges for most developed countries as replacement rates – the number of newborns needed to maintain the population size – continue to decline, creating a detrimental impact on national workforces.

Women are facing a double penalty, first struggling for equal pay and opportunities in their career and then finding their biological clock has ticked beyond the optimal time to get pregnant. IVF has become the universal procedure to help them and every year the average number of women undergoing treatment increases.

The first 15 years of assisted reproductive technology registry in Europe, starting with 200,000 cycles in 1997, recorded a 3.4 per cent compound annual growth rate. From 2010 to 2014, that had grown to 7.7 per cent, with almost 800,000 cycles in 2014. While the trend is worldwide, the UK and United States lag behind the likes of Spain, China and the Nordic countries due to less favourable reimbursement policies.

Despite the National Institute for Health and Care Excellence, a non-departmental public body of the Department of Health, concluding offering three cycles of IVF on the NHS to women under 40 who have failed to get pregnant after two years of trying to be cost effective, most clinical commissioning groups in England do not do so because of underfunding. As a result, nearly 60 per cent of IVF procedures in the UK are carried out in a private setting.

Even with the best techniques and expertise, most IVF procedures fail. According to the US Centers for Disease Control and Prevention, only 26 per cent of IVF cycles produced babies in 2015, which comes at a huge cost emotionally – causing stress, anxiety and frustration – and financially, with a cycle in Europe costing between €3,000 and €7,000.

“There are numerous reasons for this low productivity, with age a key driver,” says Ernest Loumaye, co-founder and chief executive of ObsEva, a clinical-stage biopharmaceutical company that develops novel therapeutics for serious conditions that compromise a woman’s reproductive health and pregnancy. “The older the woman, the lower her chances of pregnancy per attempt and her ability to have good quality embryos.”

Nolasiban reduces the cost per healthy baby by improving productivity, which means for the same overall investment in IVF you will be able to deliver more healthy babies

The high failure rates are driving couples, and sometimes also IVF centres that wish to maintain success rates, to transfer more than one embryo. While this does increase live birth rates to an extent, it also drives an increase in multiple pregnancies, which not only pose a challenge to couples who aren’t prepared for them, but also come with a large financial burden. “Twins and higher order pregnancies are more likely to be born pre-term with long-term comorbidities and taken into a neonatal intensive care unit where costs can run into the tens of thousands,” says Mr Loumaye.

IVF centres are exploring options to increase success rates without transferring more than one embryo, but few clinical trials have been properly assessed. Leading the scientific search for a solution, ObsEva is conducting a series of large, randomised and placebo-controlled phase-three trials to assess the effectiveness of nolasiban in IVF.

Nolasiban is an oral oxytocin receptor antagonist that potentially has a multifactorial impact on the successful implantation of an embryo. It has been demonstrated to reduce uterus contractions, which could lead to rejection of the embryo, and increase blood flow in the uterus thereby enhancing the receptivity of the endometrium for the embryo.

In the first of its trials -named IMPLANT 2 - 778 patients were given either nolasiban, suspended in water, or a placebo four hours before embryo implantation. ObsEva found that the live birth rate was 45 per cent for the women that took nolasiban, compared with just 33 per cent for the placebo group.

While good efficacy demonstrated in clinical trials may be associated with side effects and tolerability issues, this hasn’t been the case with nolasiban. No differences in congenital malformations and ectopic pregnancies were found between the two groups, and ObsEva even noted a trend indicating there are fewer miscarriages with nolasiban.

The 11.6 per cent boost in live birth rate for those on nolasiban is dramatic considering fertility experts consider anything over 5 per cent a breakthrough. “A 5 per cent increase in live birth rate represents a real clinically meaningful difference for IVF specialists,” says Professor Peter Brinsden, former president of the British Fertility Society.

ObsEva’s clinical trials have also shown that a woman who uses nolasiban for IVF will achieve the same live birth rate on a day-five single embryo transfer as those who transfer more than one embryo, but without the costs and risks associated with multiple pregnancies.

“Nolasiban has the potential to reduce the cost per healthy baby by improving productivity, which means for the same overall investment in IVF you will be able to deliver more healthy babies,” says Mr Loumaye. “Beyond the financials, the emotional benefit of knowing you can reduce the average number of cycles required to have a baby from three to two is invaluable to women and couples.

“Reproduction doesn’t always go your way. So when nature lets you down, ObsEva’s product candidate, if approved, could help to get it back on course, letting you get closer to realising your dream of having a family by nurturing nature.”

ObsEva is a clinical-stage biopharmaceutical company dedicated exclusively to women’s health. We are passionately focused on addressing serious conditions impacting quality of life and reproductive challenges faced by women around the world. For more information please visit obseva.com 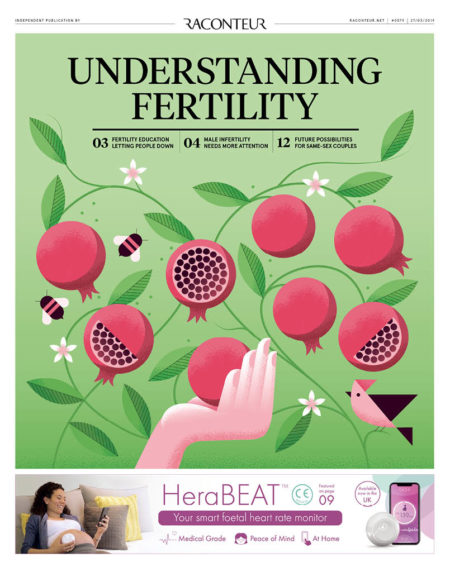