Growth in contactless payments began before the coronavirus outbreak, but increasing spending limits have raised questions about security. However, the pandemic is likely to drive greater use of biometric authentication, which is already being seen with mobile payments across the globe.

The World Health Organization has urged people to use contactless payments instead of cash at a time when the UK has raised its contactless limit to £45, alongside similar increases in other countries. But with no increased security. This has the potential for more fraud, yet the limit is still too low for a family’s grocery shopping. The need to enter a PIN, which is easily forgotten, is also a second-rate user experience. Research shows consumers are tired of PINs and passwords.

“Globally, there’s a real need right now for biometric authentication, for both payments and access, whether it involves fingerprints or iris scans,” says Christian Fredrikson, chief executive of Fingerprints, a Swedish company that‘s shipped more than a billion fingerprint sensors. “At the same time, hacker intelligence and tools are getting better. We must stay one step ahead. Presently, PINs and passwords are ridiculously easy to hack.”

To date 21 banks around the world are piloting contactless biometric payment cards on both Mastercard and Visa networks, including Natwest and RBS in the UK, and there’s also been a commercial launch in Switzerland, all using Fingerprints technology. The main benefits are higher levels of security and convenience, since you don’t need to enter a PIN, and greater speed.

“Consumer feedback has been really positive. The majority would like to have this card in the future and would recommend it to a friend. There’s even a willingness to pay for a biometric card. There’s now a strong drive from the global banking ecosystem to launch this,” says Fredrikson, whose company is the largest supplier of biometrics to the global banking industry.

“There are also security, data and big brother concerns, but in the case of biometric contactless payments, you’re not sharing your personal data with anyone, it doesn’t leave the card. The consumer’s data is encrypted, matched and verified on the card when payments are made. Biometric authentication is a really safe way to deal with the payment cap.”

Biometrics have already achieved huge success in the mobile market. Nearly three quarters of all smartphones sold have biometric authentication built in and more than 80 per cent now use it to unlock phones, secure apps and make payments. Fingerprints also works with eight of ten top global mobile device manufacturers to facilitate their authentication technology.

“We’ve seen tremendous growth in biometrics in smartphones; it’s only a matter of time before this comes at scale to contactless card payments. We also see huge benefits in other sectors too, where passwords are not the answer and can be easily hacked, such as remote and home working with secure login to company systems, and entry into buildings with touchless biometrics or biometric access cards. This trend is set to continue,” says the chief executive of Fingerprints, which authenticates more than ten billion touches on its sensors daily. 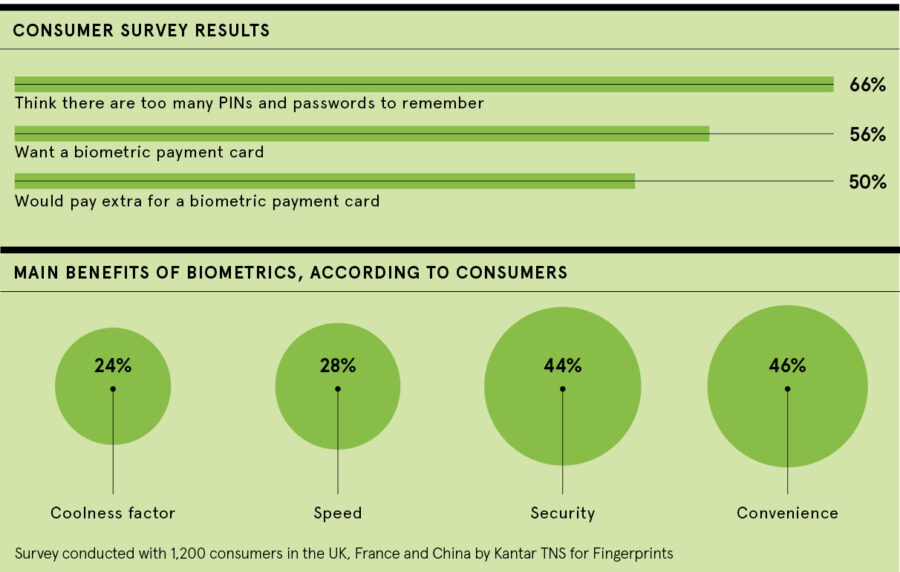 Earlier this year the NHS looked at upgrading its authentication technology for computer logins by employees, replacing passwords with biometrics such as fingerprint access.

“Touchless access will be even more vital in this coronavirus-aware era. The big issue is the ‘dilemma of opposites’: the public want 21st-century, top-grade security, but they also want total convenience. Biometrics is the only answer to marry the two,” says Fredrikson.

Awareness of the benefits of biometrics is growing. How fast will it be adopted? Only time will tell. History has clues. It only took eight years to reach a billion contactless cards. This needed new payment infrastructure. For biometric cards this isn’t necessary as they already work in contactless terminals. Therefore, the rollout will be faster. “Biometrics brings huge benefits to many industries. The market is truly unstoppable,” Fredrikson concludes. 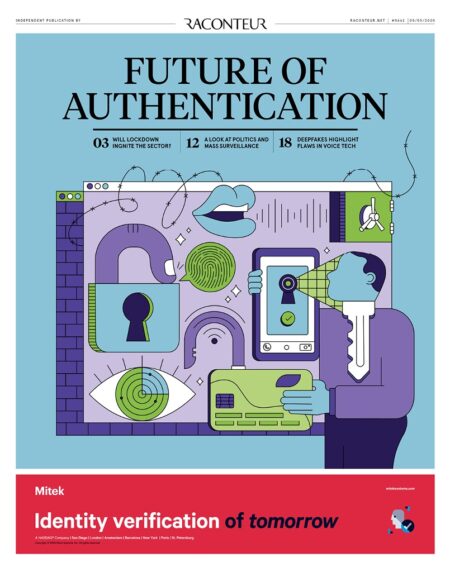