As video creation smashes all records, its efficient management is now essential 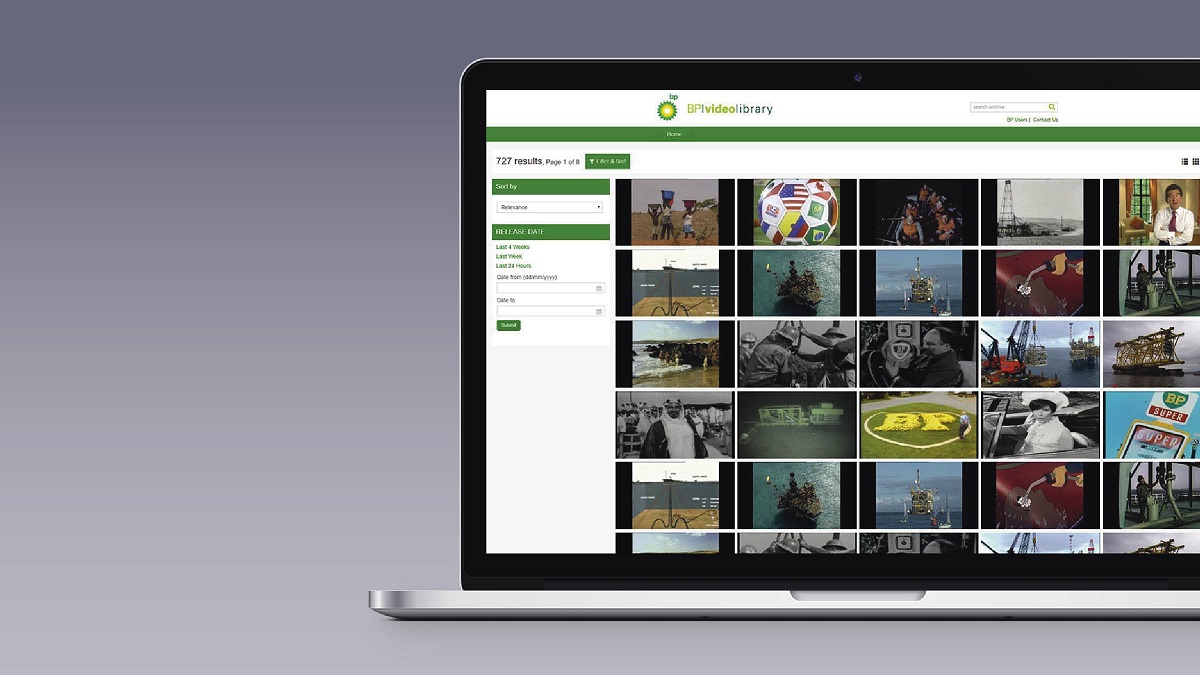 Every minute, of every hour, of every day, of every week, billions of gigabytes of online video are streamed around the globe. According to Cisco, in the next two years video-on-demand traffic will nearly double, that’s equivalent to ten billion DVDs a month uploaded and streamed on the internet. Video now represents 60 per cent of global data and the implications of its growth are difficult to overstate.

“Anyone can produce high-quality video content easily, cheaply and quickly using their smartphone and share it instantly with others around the globe. It’s utterly ubiquitous. In the last decade there’s been an explosion of video and it looks set to continue unabated,” explains Charlie Horrell, chief executive of Imagen, a video management platform.

This exponential rise in video content isn’t just coming from user-generated content, known as UGC, from a globalised, smartphone-wielding general public, pumped up on social media. Professional media broadcasters, including entertainment, movie and sports providers, are also producing a lot more content and at a much higher resolution. Then there’s the rise of the corporate studio.

“Every organisation is now producing streaming content with their own messaging, whether it’s explainer or staff training videos, promotional or informative content. You no longer need to be an expert. Today, any non-professional broadcast organisation can produce quality video with little capital outlay, which you couldn’t do a few years ago,” says Mr Horrell.

“It’s not just commercial outfits that are at it either, but charities, governments, education, healthcare and religious groups as well. They’re all producing huge volumes of video. Most of the content people consume now is video. Viewing habits are also changing. Consumers expect immediate short-form, on-demand content anywhere and everywhere, as well as on every type of device and platform imaginable.” 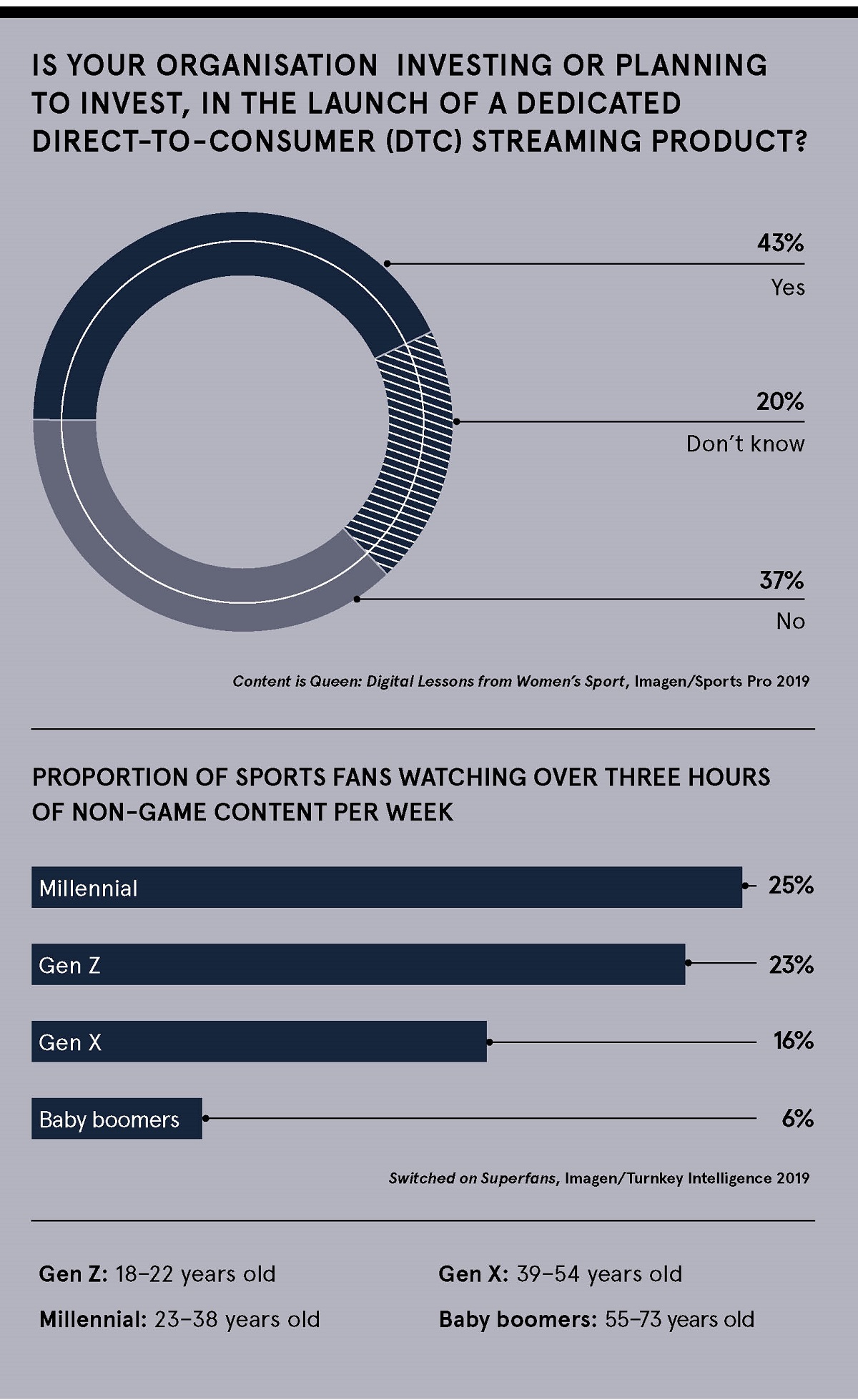 The direct-to-consumer (DTC) market is going great guns. No longer are consumers going to broadcasters that hold and pay for rights, they’re going direct to organisations which produce the content, especially in sports and entertainment. This is also true of museums and tourism attractions. Every economic sector has examples of DTC content.

In fact, almost half of sports industry executives polled by Imagen said they’re investing or planning to invest in the launch of a DTC streaming product in the near future. As faster home and mobile internet rolls out, and ultra-high-definition capable devices become more widely available, the expectation that video content will be delivered immediately will only increase.

Mr Horrell says: “One gauge of this is the growth of our business. Pretty much every metric we have is twice as big now as this time last year; this includes staff numbers, clients and turnover. We have had an exponential growth in the number of people talking to us.” Also, late last year, Imagen secured £6.5 million in series-B funding.

Managing the sheer volume of expanding video assets is becoming an increasing challenge. This comes at a time when organisations are realising how important online visual content is for their success. Keeping it stored on a physical server in a basement somewhere creates not only security and safety concerns, but it is also very hard to distribute to an end-viewer efficiently. At the same time, serving data-heavy media assets clogs up corporate networks and bandwidth. Luckily, cloud storage is becoming more affordable and smarter over time.

“The fact is people need to increasingly access these valuable videos. Organisations need to work with them, realise their potential, effectively control them and treat them like the assets they really are,” says Mr Horrell, whose company works with the BBC, ATP Media (Association of Tennis Professionals), IMG, Reuters, LADbible and Endemol Shine, managing their video assets, as well as preserving archives from the Imperial War Museums, the British Library and the BFI (British Film Institute).

Video is only valuable if you can store, find, view, distribute and manage it easily

Imagen also manages 20,000 hours of content from BP with varied footage ranging from Persian oilfields in the 1920s to chief executive interviews and shareholder meetings. In addition, the London and New York-based company is the central depository for the English Premier League, holding 5,000 games, every one since 1992, in high-definition video, ready to serve them up in any format globally.

“All these organisations want to manage media assets effortlessly. But they don’t want to own the hardware or software. Video is only valuable if you can store, find, view, distribute and manage it easily. Our secret sauce is that we do one fairly narrow thing very well: intelligent video asset management,” says Mr Horrell.

“We do the heavy lifting for clients, managing petabytes of data. This is only possible using the digital muscle of cloud computing. Powerful search and meta-tagging features are crucial, enabling people to locate content far more quickly than they would be able to do with traditional media library platforms. Speech to text and machine-learning also enable intelligent searches.”

The global market for video is on a specific trajectory and that’s up. Research by Imagen on more than 1,800 North American sports fans is a good indication of things to come. Younger generations were four times more likely to be heavy consumers of non-game sports content than baby boomers and four out of five consume content on their mobile device while simultaneously watching live games.

“The direction of travel is that the younger you are, the more you expect to see video. With younger people, if it doesn’t exist on video, it doesn’t exist full stop. Looking to the future, it’s on a one-way curve of explosion. And organisations are increasingly realising that video asset management is therefore a very necessary, if not an essential, tool going forwards,” says Mr Horrell.

“This is also a genuine worldwide phenomenon that needs a global solution. It doesn’t matter whether you are in São Paulo or San Francisco, London or Lisbon, it makes no difference, everyone wants video; it’s language agnostic, it’s universal. The rate of growth is scary and organisations need to be prepared.