Thousands of women in Kenya suffering from obstetric fistula, a painful and distressing condition, have had their lives transformed. Now there’s an opportunity to help many thousands more 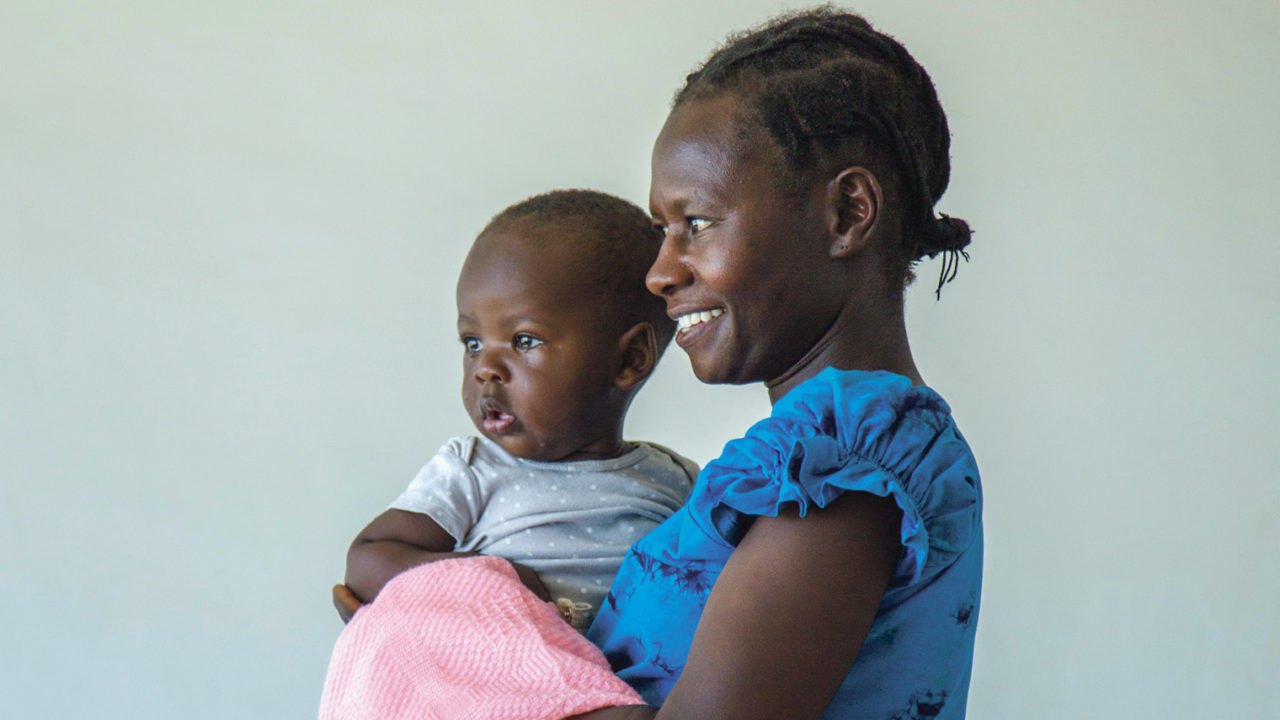 Having a child is one of the most fulfilling and rewarding of all human experiences.  And yet for some women, especially those in the developing world, elation and hope can turn to pain and misery as they find themselves suffering from a little discussed, very painful and distressing condition called fistula.

Essentially, an obstetric fistula is a hole between the vagina and rectum or bladder that is caused by prolonged obstructed labour when emergency care is unavailable, causing either faecal or urinary incontinence or both.

Fortunately, the condition has been virtually eradicated in developed countries. However, this is not the case in developing countries.  The United Nations Population Fund (UNFPA) estimates that 3,000 new cases of obstetric fistula occur annually in Kenya alone. The persistent smell of constantly leaking urine and faeces means that obstetric fistula sufferers are often stigmatised.

Their husbands might reject them and send them back to their families who, in many cases, don’t want anything to do with them either.  Women with the condition are often ostracised by their villages and their communities. They’re also often denied access to education and employment, which means that they live in isolation and poverty. 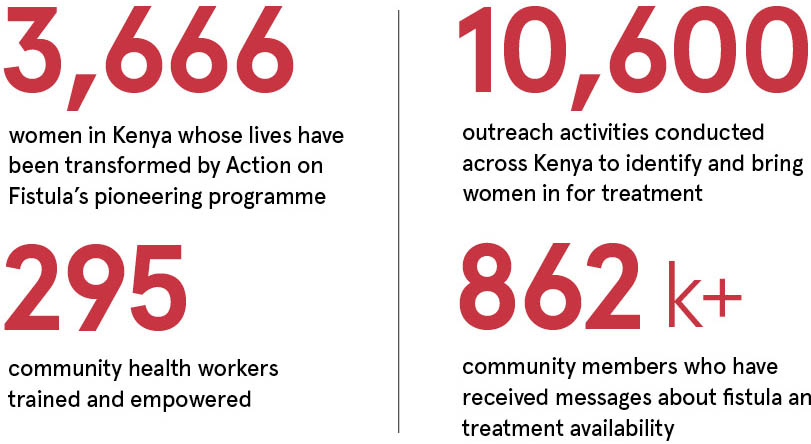 Action on Fistula™ is a pioneering programme which by May this year, had transformed the lives of 3,666 women in Kenya who were suffering with obstetric fistula.  Launched in 2014, thanks to a grant given to the Fistula Foundation by Astellas Pharma Europe Ltd, an affiliate of Astellas Pharma Inc, Action on Fistula wants to help more than 4,500 women to access fistula treatment by 2020.

The first phase of Action on Fistula ran from 2014 to 2017, with Astellas contributing €1.5 million to the Fistula Foundation via a grant to set up and run the programme. Action on Fistula was highly commended at the PMLiVE Awards 2015 as well as winning ‘Excellence in CSR’ at the Communiqué Awards.

Action on Fistula is based on an innovative, integrated programme that allows surgeons, outreach workers and hospitals to share resources and information so that they can treat women more effectively and do so with the highest levels of care.

“The way these women’s lives has been transformed by this simple but highly effective surgery is almost impossible to imagine unless you’ve seen and talked to them,” says Kate Grant, CEO of the Fistula Foundation. “Fistula is an incredibly cruel condition that doesn’t just cause pain and discomfort to millions of women as urine and faeces leak from their bodies, but it means that they often lose their families, their livelihoods and their feelings of self-worth.”

Action on Fistula has significantly increased surgical capacity through training six Kenyan surgeons to internationally recognised standards and certification by the International Federation of Gynaecology and Obstetrics (FIGO). It has also established a fistula treatment network that extends access to services and has established six treatment centres to provide fistula surgeries. 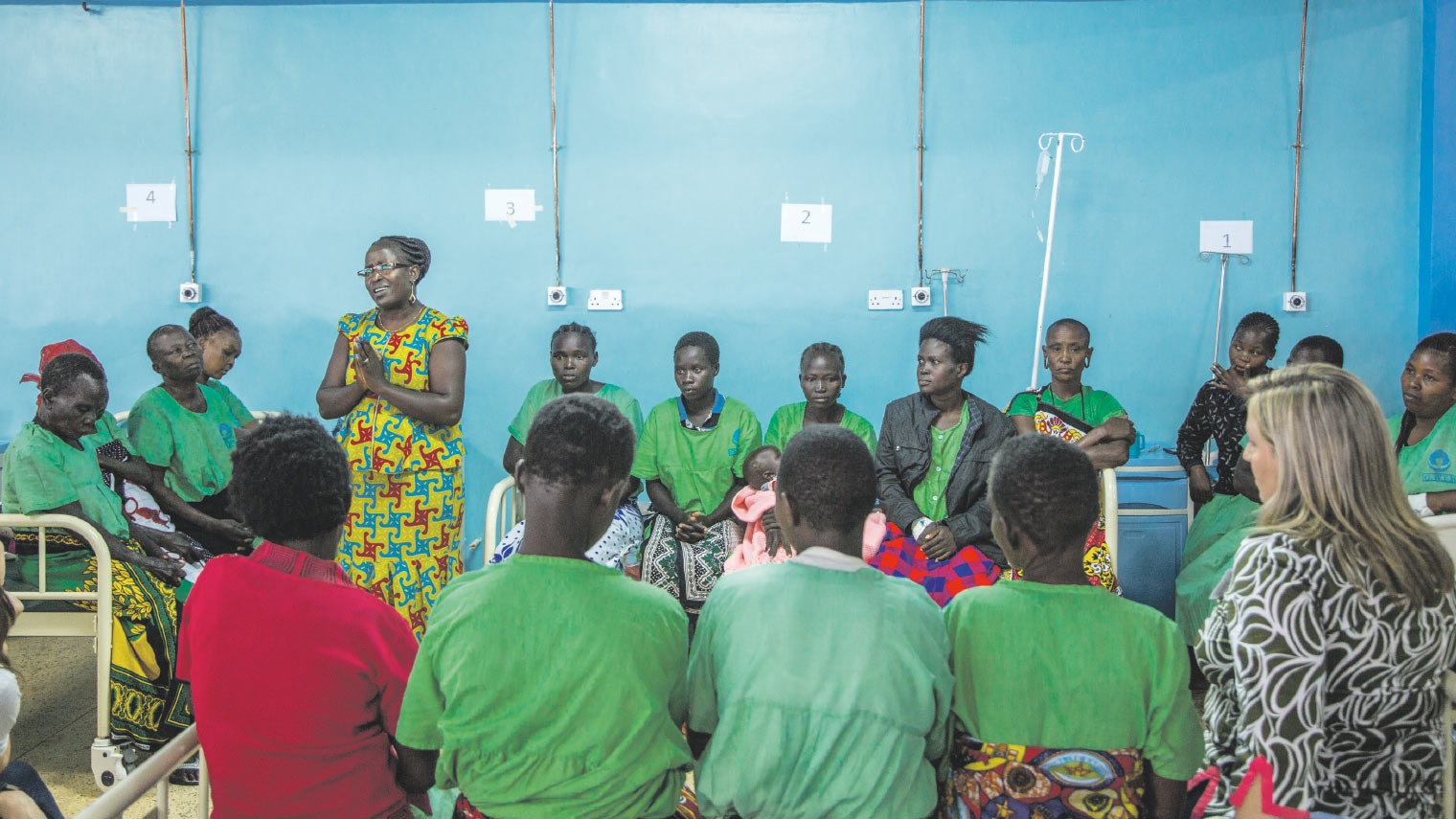 In addition, Action on Fistula has also built its first hospital, the Gynocare Women’s and Fistula Hospital, which opened in October 2016 in Eldoret, a city in western Kenya. Its opening was welcomed by local people as well as those in need of treatment.

“Women will stay at Gynocare for many days, sometimes months, because of the damage they have suffered,” says Dr Hillary Mabeya, an experienced surgeon who opened the Gynocare Fistula Centre in 2011 with the aim of treating some of the poorest sufferers in Kenya. “We’ve developed a close-knit family that helps these women feel at home.”

In the second phase of the programme, which runs from 2017 to 2020, Action on Fistula will continue to reach more women and increase specialist treatment capacity by extending its treatment network to up to eight treatment centres and by training an additional six surgeons and ten fistula nurses to support women through their treatment journey. In addition, it wants to establish 20 support groups to help recovering fistula patients with psychosocial assistance, economic empowerment and income-generating activities to enable them to return to their communities.

“The joy and the gratitude that women who have this surgery express to the surgeons and support teams are quite humbling,” says Kate Grant.  “After living lives of pain, misery and destitution, they can rejoin society. No woman should have to suffer this horrible condition. It’s been largely eradicated in the developed world – now we need to ensure that every woman suffering from fistula gets the treatment that they deserve regardless of where they live.”

In 1971, aged 17, Queen developed an obstetric fistula. During her second pregnancy, she was left in labour for two days before being taken to a healthcare facility. The prolonged labour resulted in an obstetric fistula and she was left unable to walk. When she returned home, she was shunned by her husband and felt deeply isolated. She endured double incontinence for 40 years, before finally being treated by the Action on Fistula programme.

After this long period of abuse, pain and shame, Queen was identified by community members and referred to the Gynocare Fistula Centre to repair her obstetric fistula. She received free surgery and is now enjoying a new lease of life.

When Helen gave birth alone at home, her baby was stillborn. During her traumatic labour, she also developed a fistula and began leaking urine. She discovered through her pastor that her condition could be treated. Pastor Raphael had been trained through the Action on Fistula programme to sensitise his community to the symptoms of fistula and reassure women living with the devastating condition that help was available. Thanks to Action on Fistula and Pastor Raphael, Helen has now been treated and is living a happy life.

Action on Fistula aims to help more than 4,500 women in Kenya to get access to fistula treatment by 2020. Astellas is contributing €750,000 of the €3.9 million needed to run the second phase of the programme. In order for Action on Fistula to continue this life-changing work, it needs vital additional financial support. If you’re interested in helping more women to escape the effects of this distressing condition and to transform their lives, contact Fistula Foundation via www.fistulafoundation.org.