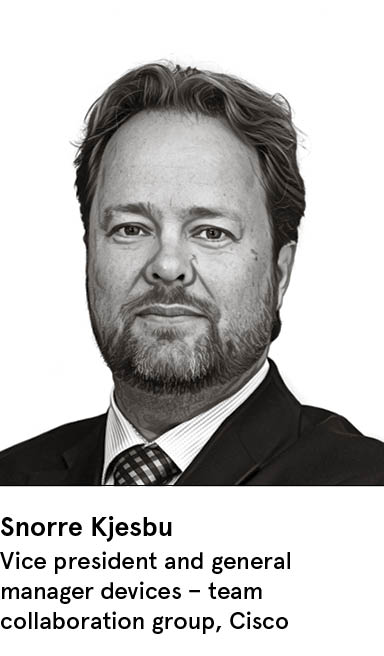 Businesses at the leading edge of innovation are able to move and collaborate with an agility that is omnipresent throughout their organisation. Board directors are kept awake at night worrying of the consequences of being too slow to keep up.

In KPMG’s 2017 Global CEO Outlook, 77 per cent of UK chief executives said they want their company to be the disrupter. As a result, speed of innovation has become the most critical differentiator in business today, and that speed relies on a unified cloud experience and a savvy approach to automation technologies such as artificial intelligence (AI).

In workplace meetings, AI is changing the way people collaborate. Videoconferencing has been prevalent for numerous years, enabling simple group communication, but a new generation of enterprise tools is now enabling teams to co-create in a smarter way, bringing together physical and virtual environments.

“We’re already used to the likes of Google and Facebook knowing, for example, that I’ve searched for a flight to London and then for the next couple of weeks personalising my feeds with suggestions for what to do and where to eat and sleep while I’m there,” says Snorre Kjesbu, vice president and general manager devices – team collaboration group, at Cisco.

“We’ve had that intelligence in our private lives, but as soon as we walked into a workplace and started working in groups, those same capabilities and experiences weren’t there. Now the rise of AI in the meetings space is bringing virtual and physical team environments together to enable better collaboration.”

At Cisco’s Collaboration Summit in April, the company revealed a strategy built around enabling intelligent meetings and more intuitive ways of working. Its flagship cloud-collaboration platform Cisco Webex, which facilitates six billion meetings a month, is bringing together machine-learning algorithms in areas such as face and voice recognition, and sound mapping to create a new kind of meeting experience.

With the new AI-enabled features, Cisco Webex now has algorithms that will recognise and filter out sounds such as tapping keyboards or barking dogs. Cisco has also implemented AI technology that enables voice control in its intelligent assistant Webex Assistant. And it is bringing to the meeting room the same technology from chipmaker Nvidia that Tesla, Audi and Volvo count on for self-driving and collision avoidance.

The technology company has built further technology that enables Cisco Webex to track people during a meeting, understanding through machine-learning who is talking and to whom. This helps participants know exactly who is in the meeting.

“These are the first milestones for AI in the meetings space,” says Mr Kjesbu. “They’re already out in the market, they’re working and they’re really removing obstacles. We will go a lot further than that though. AI will be able to take notes, work on tasks, search documents, retrieve information and conduct calendar queries.

“We think of it as a journey where we start with command and control, and then move into natural-language understanding. The third step, where we are now, is semantic understanding of what’s happening, then it’s about AI as an intelligent team member. Finally, in the fifth step, it will really be about team and strategic intelligence.”

With 130 million active users a month, Cisco Webex is one of the largest and most widely recognised enterprise cloud services in the world. Recent developments include a video-first approach that encourages users to turn their camera on and see their teammates in crisp, clean layouts on a laptop, mobile device or Cisco video room device.

Traditionally known as a meetings and videoconferencing application, Cisco Webex now represents a converged collaboration platform that also includes the company’s team collaboration application Cisco Webex Teams, previously called Cisco Spark, as well as its video devices and a new hardware device, which can turn any workspace with a TV into a Webex meeting room.

“Under the Webex brand, we now bring together our meetings, teams and devices businesses, delivering a unified user experience and making it easier to buy by providing a complete menu of collaboration that gives users the flexibility to start with one product and then move on to others as and when they need,” says Mr Kjesbu. 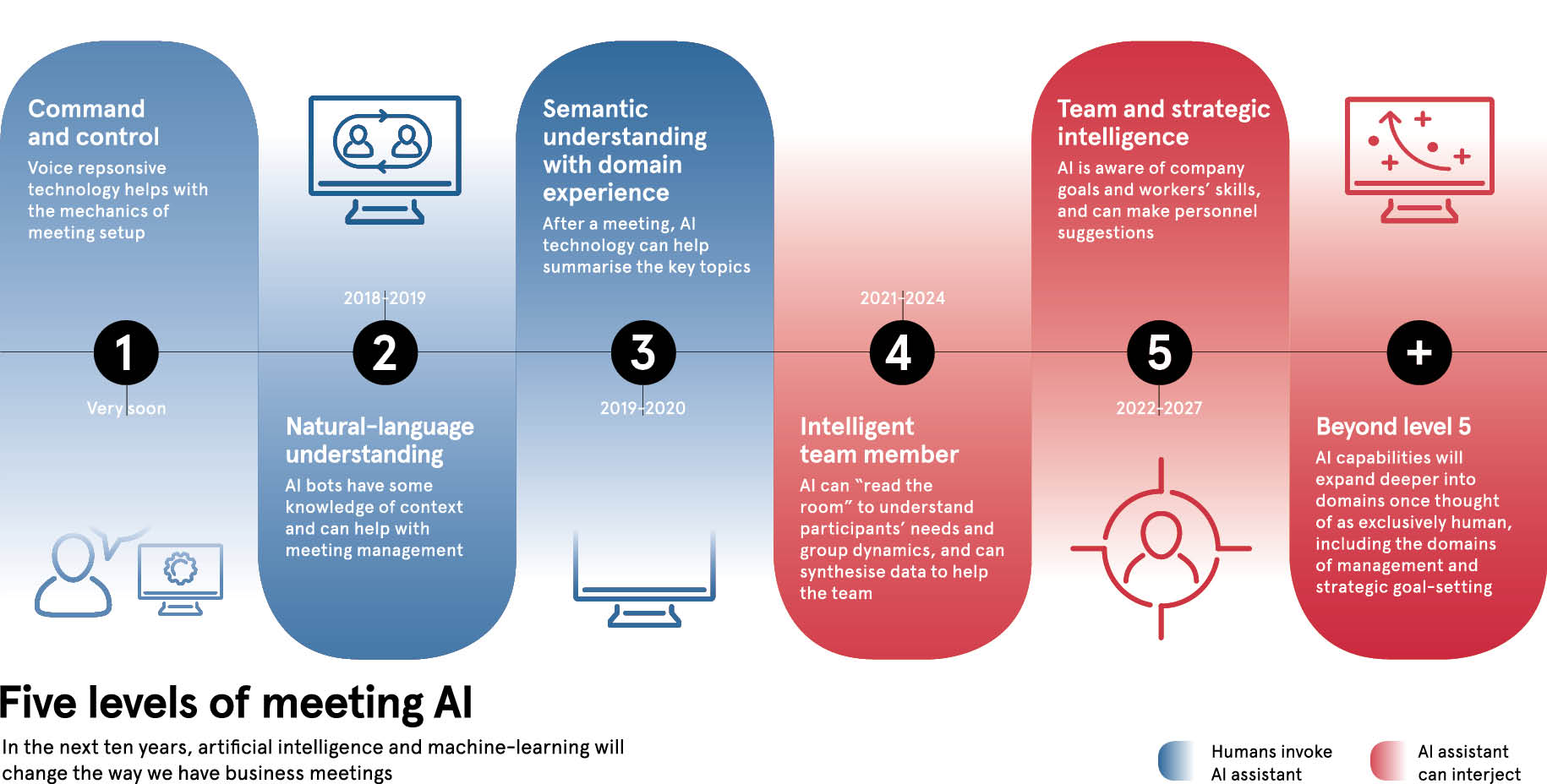 It is Cisco Webex’s AI and machine-learning capabilities, however, which are really allowing Cisco to blend physical meetings with virtual environments. As the world’s first enterprise-ready voice assistant for meetings, Webex Assistant uses natural-language understanding to enable users to join, start and end meetings with voice command. The ability to walk into a room and start collaborating just by talking to a device will remove delays and significantly boost engagement in the meeting room.

In a global survey of office workers by Cisco last October, 82 per cent, who had an administrative helper, said they would be more productive if they also had a virtual assistant. Six in ten of all survey respondents said their teams would be more productive if a virtual assistant helped them to co-ordinate schedules, simplify meeting attendance, take notes, and collect and bring into meetings relevant information.

“AI will dramatically increase the efficiency of meetings,” Mr Kjesbu concludes. “It will enable teams to speed up the work they’re doing by adding relevant information into the feed. I think of AI as a journey, not an event. It’s not something that’s done in the next 12 or 24 months – it’s going to take time. Where we have already been able to put machine-learning and AI into our products, we get great feedback from our customers.

“We’re absolutely committed to AI and the heavy investments we’ve made in the technology demonstrate this. Going forward with AI requires the integration of machine-learning algorithms. Cisco has been at the forefront of this journey thus far and will continue to lead the way as meeting bots enhance collaboration and understand our needs in ways we can’t do ourselves.”