The modern insurance industry has more than 300 years’ experience safeguarding others against potential risks and economic loss, but can it protect itself from the biggest onslaught against it to date? 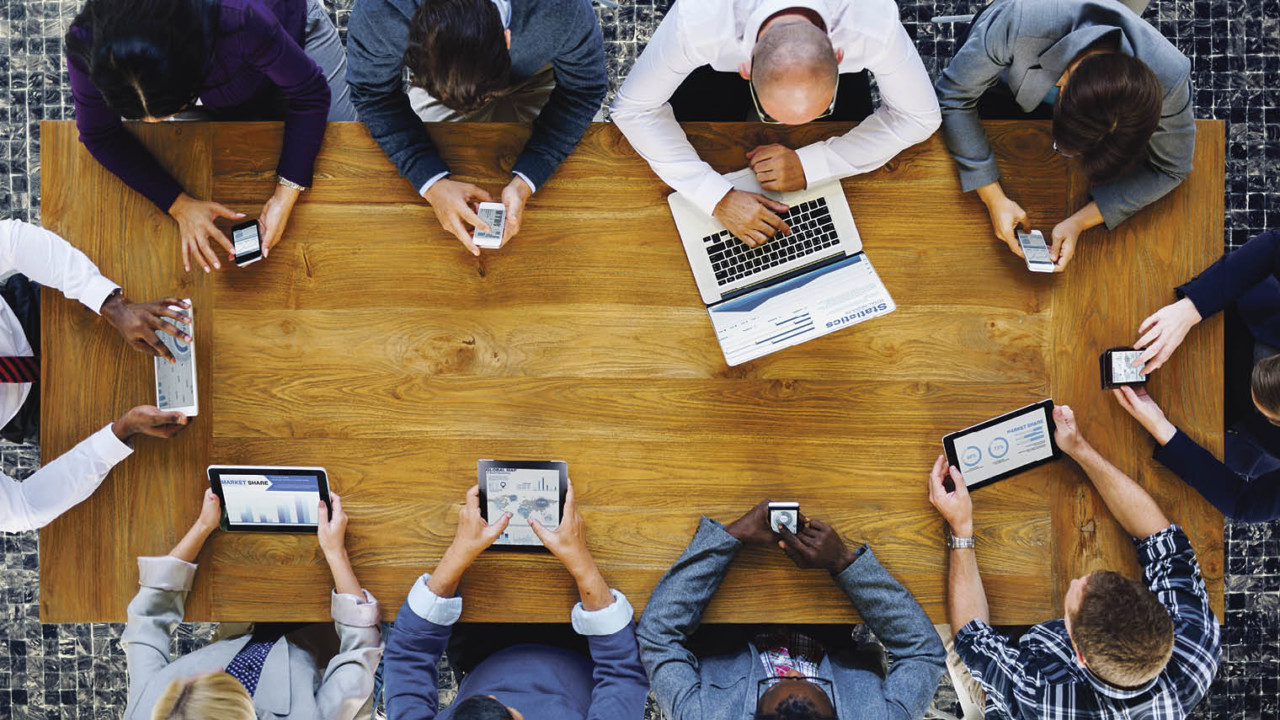 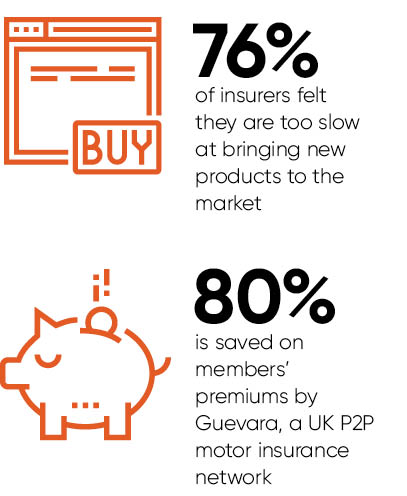 For a trade built on its ability to quantify and price risks, it’s startling to see how unprepared the insurance industry seems to be against technological disruption that’s attacking its centuries-old business model. 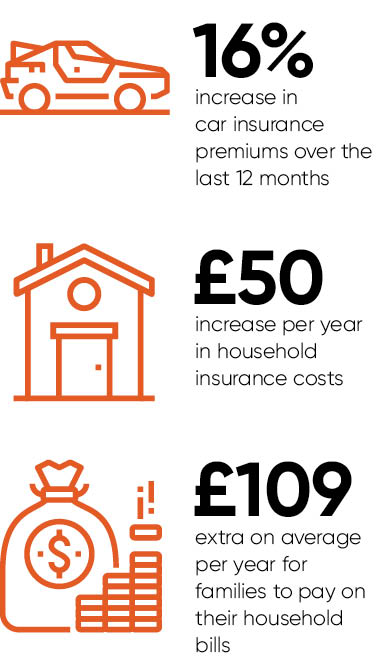 It can’t afford to be ignorant. Here’s what happened in other industries that didn’t adapt to technology changes in time.

Wilful ignorance of technological change clearly does not lead to a blissful outcome.

New technologies involving incremental changes are, however, relatively easy to adopt. What are harder to soak in are radical technologies disrupting the industry’s long-established modus operandi, visible in a slew of new “insurtech” startups.

Lemonade Inc in the United States, Germany’s Friendsurance, France’s InsPeer and the UK’s Guevara are using peer-to-peer (P2P) technology to group peers with a common interest. Their premiums are paid into a claims pool that after adjusting for claims at the end of the year, have leftover amounts refunded to its peers or directed to charity. Guevara says it can save its motorists as much as 80 per cent on their premiums.

To get an idea as to how disruptive P2P technology can be, take a look at Skype Technologies that used a P2P platform successfully to challenge the telecoms world.

Rather than push underwriter-centric rigid insurance schemes, they use advanced data analytics transparently to create policies customised to individual consumer and business needs. That turns the traditional insurance model on its head.

Whether it’s taking out a policy or filing a claim, customers want to be able to interact with their providers and check transactions via mobile devices. They expect their providers always to remember their preferences and personalise their experiences.

The millennial generation particularly likes this do-it-yourself approach, especially when they save money.

Some new insurtech companies go further by also incorporating technology disruption afoot in other industries. Metro Mile Inc in the US and Just Miles in the UK, for example, mesh personalised insurance with telematics car usage, ride-sharing apps and emerging driverless cars. Given that 95 per cent of a car’s lifespan is spent parked, not driven, it’s yet another example of creating insurance that better caters to customer behaviour, especially if that customer could soon be an automobile.

With the cost of insurance rising, alternatives to the current system are in much demand

Others such as the UK’s PremFina future-proof themselves via their business model and technology. Its software-as-a-service fulfils any customer preference to pay for insurance by instalments. It arranges for the cost of a premium to be paid to insurers upfront and gets reimbursed by those insured for the same amount with interest, paid monthly. The financing occurs regardless of whether insurance is sold via a traditional high street broker, a comparison website or a disruptive new P2P insurer.

In the UK alone that’s a £6-billion market, whereby companies other than insurers themselves finance the purchase of premiums. The logic is simple: insurance underwriters are not meant to act like banks and provide loans. Financial regulators create a systemic separation of the two activities for that particular reason. Besides, insurers don’t like or want to take on the credit risk of customers whose insurance they underwrite. 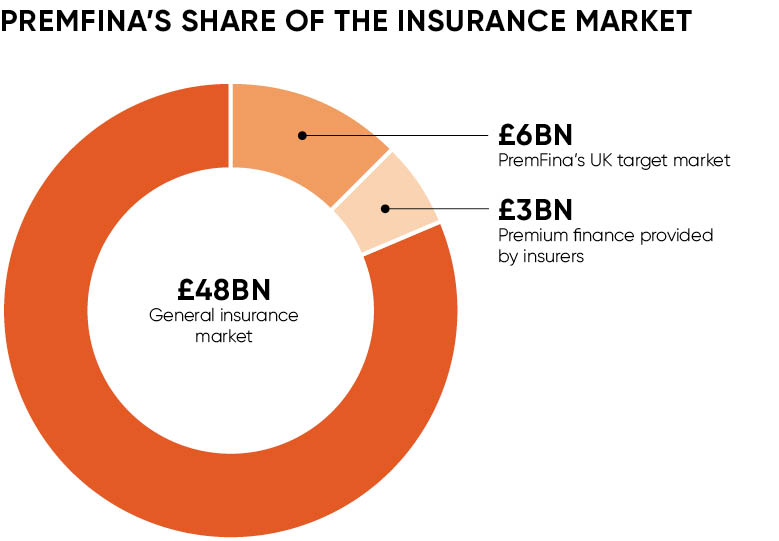 Investors are now seeking out the next gorilla of the insurance market, which is worth £3.57 trillion in annual worldwide premiums, according to the world’s second-largest reinsurer Swiss Re. Not surprisingly then, more than a billion pounds in venture capital and private equity funds has gone into insurtech startups worldwide in the past five years alone.

Still, the insurance industry is a tough one to pierce. It represents one of the most regulated markets in the world. And it requires lots of capital. Fintech firms can typically get venture capital money to pay for operating expenses, but not to fund its balance sheet.

Many of the new insurtech companies, such as PremFina, therefore act as intermediaries between creditors and borrowers, or the insurers and insured. For new P2P insurers that underwrite risk themselves, there are early-stage limitations because customers need to feel confident the issuer will be around to honour any claims they make.

Startups don’t have the track record or brand reputation to instill this confidence. This drawback, plus the absence of machinery, real estate or other significant fixed assets, makes borrowing against assets from banks next to impossible.

These barriers also keep new competitors at bay however, giving those startups that make it a better shot at success. The insurtech firms that are up and running have already begun to garner away market share.

Sluggish technology adoption by incumbent insurers leaves open opportunities that startups are quick to seize. A study by financial software company Target Group revealed that more than 75 per cent of UK insurance professionals believed the industry was too slow in bringing new products to market.

With the cost of insurance rising, alternatives to the current system are in much demand. Insurers should take heed. If not, insurtech firms better at catering to customer needs will usurp their operating models the same way technology-led firms have already jolted many other industries.

PremFina is a U.K.-based premium finance company. It supplies insurance brokers with their own branded premium financing service with a software package to manage the sale of broker-branded insurance policies to consumers and businesses and the ability to finance insurance premia in instalments. With PremFina, brokers receive higher profit, greater autonomy and opportunity to increase the lifetime value of their customers as well as the chance to cross-sell and up-sell additional products. For more information please visit www.premfina.com