Emerging technologies, or infratech, are set to transform the infrastructure sector, creating opportunities for smart investors to achieve higher returns 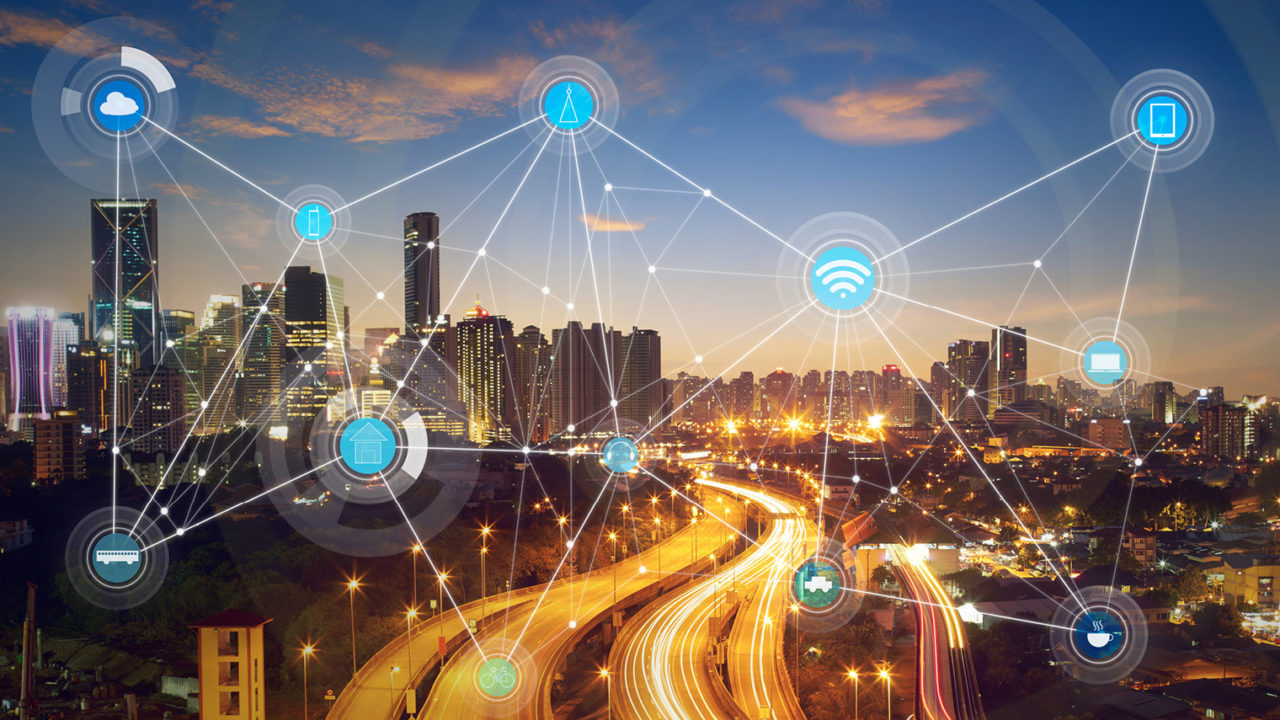 A combination of stability and growth has helped to make infrastructure one of the world’s fastest-growing asset classes in recent decades. Now further, tech-driven changes are forecast.

“I think the whole area is going to change dramatically,” says Boe Pahari, managing partner and global head of infrastructure at AMP Capital, an investment firm with tens of billions of dollars placed in the asset class.

“The use, collection and interpretation of data, connectivity through the internet of things, artificial intelligence and automation in terms of robotics, these are areas that I can see really affecting us. We will see a huge change in the way we operate in the next ten years.”

AMP Capital has equity investments in four sectors in the United States, Europe and Australia: transport, such as airports and trains; energy, including power generation and industrial infrastructure; communications, such as fibre-optic networks; and health, with areas such as primary and social care.

Airports, where AMP Capital’s portfolio includes investments in London Luton, Leeds Bradford and Newcastle in the UK, and Melbourne in Australia, are likely to see some of the most eye-catching changes.

“Airports already have electronic passport control and facial recognition. You can take that to another level with imaging technology and artificial intelligence to look at bone structures for identifying  people on suspect lists who are trying to enter the country,” says Mr Pahari. Other potential applications include smarter baggage-handling systems and more fuel-efficient aero-engines that enable aircraft to fly further non-stop.

Other sectors set to benefit include education, where ways of providing online content are rapidly expanding. In logistics, the use of robotics in operations such as food storage is becoming more sophisticated. Mr Pahari adds: “You have artificial intelligence and augmented learning to be able to create maximum optimisation of power and space in buildings.”

In health, there is scope to improve information systems, provide consumer applications and for specialists to treat patients on the other side of the world using the internet. In care of the elderly, there is opportunity for early-stage penetration of technologies, for example wearable devices to facilitate increased independence, mobility, communication and improved quality of life.

Drones have uses in infrastructure, for example surveillance in offshore rescue and recovery operations at wind farms and oil rigs, helping to deal with incidents without endangering human lives.

Infrastructure starts with an invention, someone’s imagination. By the time it becomes something we’re used to, we call it infrastructure and it becomes essential to urban living

Mr Pahari sees three parts to AMP Capital’s strategy. “First, we are always looking at what sort of technology gaps we have in our infrastructure portfolio, for instance the usage of cloud and internet technology to create online services, customer relationship systems and management information systems.

“The second thing is automation; what areas can be automated, whether in airports or other parts of logistics? Third, we are looking for investment opportunities that form part of the infratech environment, for example cloud-based services which have become so essential to business and the digital economy they possess infrastructure characteristics. Should we be thinking about extending our investment criteria to include these companies because they will become an integral part of infrastructure?”

He says AMP Capital will continue to look at opportunities adjacent to its current global infrastructure strategy and is likely at some point to create opportunities for investors to back infratech providers with applications in various sectors. For example, these could include companies supplying passport control technology or ground-handling equipment for airports.

Mr Pahari explains the way infrastructure investment evolves. “It starts with an invention, someone’s imagination. By the time it becomes something we’re used to, we call it infrastructure and it becomes essential to urban living. Aircraft and airports 50 or 60 years ago were on the borderline of the infrastructure model, but today we take them for granted and they are essential,” he says.

Many core infrastructure assets were privatised 20 or 25 years ago, when investors took risks on regulations, performance and refinancing. In time, the asset class became derisked and returns became lower, or commoditised, as the “alpha”, or active return on investment, was released to the investor.

“The same thing will happen to these new opportunities. Over a period of time, they will become derisked and commoditised,” Mr Pahari says.

“It’s a question of when, as an infrastructure investor, you want to enter the cycle of value creation. Ideally you want to be able to spot the trends and move into things as they become commercialised. As an infrastructure investor, I would not necessarily want to be in early-stage or venture capital, but I would want to be in growth or opportunity capital. I think at that point, with something which has basically been commercialised and has worldwide application, that is an attractive space to enter.”

Mr Pahari describes AMP Capital as “bringing a private equity rigour and style to infrastructure”. It does not invest in core areas such as toll roads, utilities and bridges, but in emerging areas such as regional airports that are being internationalised or privatised.

Recent investments include a 49 per cent stake in London Luton Airport, a 50-50 partnership with Invenergy Clean Power to develop gas-fired power generation facilities across America, Canada and Mexico, and acquisition of two UK businesses providing services for people with learning difficulties, Care Management Group and The Regard Group.

AMP Capital has more than 70 investment professionals in its infrastructure business located in offices across Europe, North America, India, Australia and New Zealand. Mr Pahari says the firm has the expertise to “really capture upside and assume the risks” in the sectors in which it operates and in the technologies that affect them.

He concludes: “We are always looking to be able to sustain returns. As derisking happens, the returns that early investors enjoyed are going to keep going down for late investors. If we can create growth opportunities using technology to cut costs, then we will be able to sustain that growth. Progressive and enterprising private sector players are going to continue to look at different ways of using technology in our business.”