Strong M&A activity and a new wave of enterprise application innovation with SAP’s rollout of S/4HANA means many companies are struggling with IT integration and data migration. But now it’s possible to ensure seamless transition and the retention of valuable data 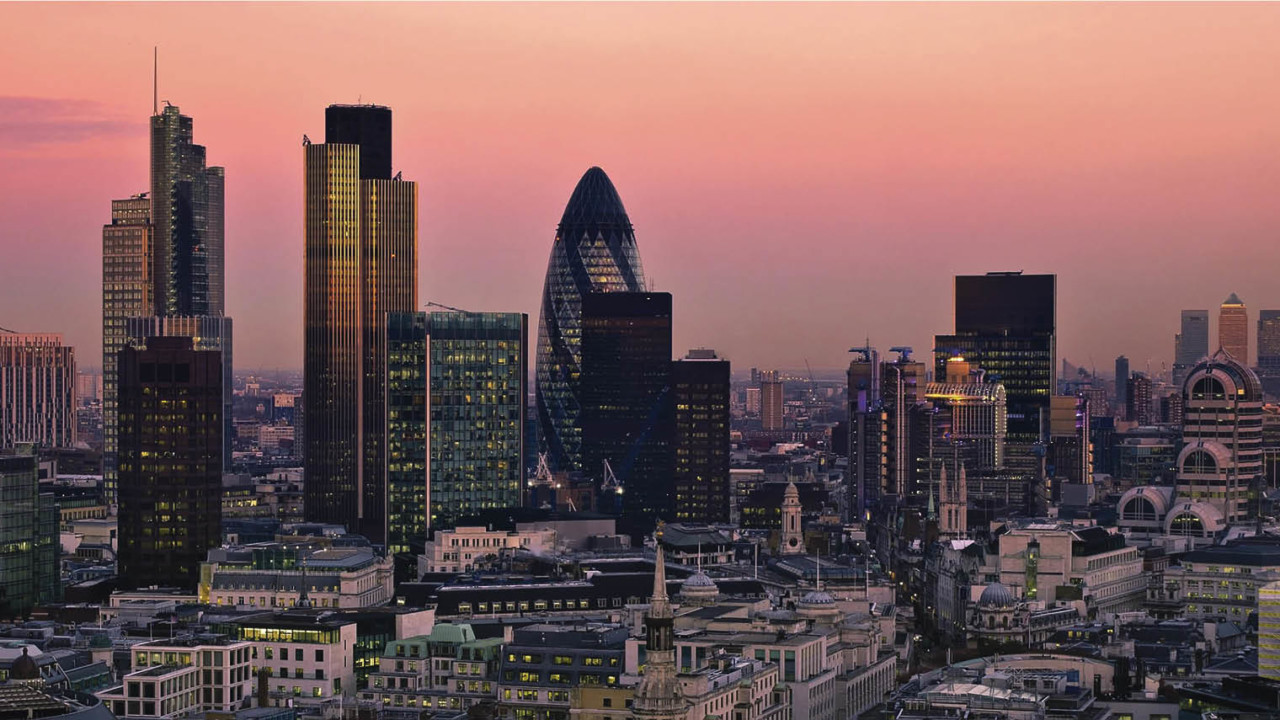 It’s a question facing a growing number of companies: following a merger, acquisition or divestment, how do you ensure your IT integration works smoothly and your valuable historical data is migrated effectively?

This question has increased urgency and importance as over the next few years SAP rolls out its S/4HANA platform with its simpler front end, making for a better user experience. The in-memory HANA database provides faster access to data to give real-time analytics. The platform’s flexibility allows users to take advantage of major advances in IT such as the internet of things, mobile and big data analytics.

“This is very much a business rather than an IT issue,” says Ben McGrail, managing director and, with Mitch Collinson, co-founder of Harlex Consulting, a specialist SAP partner.  “Many companies assume they need to start from scratch when introducing the new S/4HANA technology or when they’re managing a merger, acquisition or divestment.  Implementation can be time consuming, expensive and disruptive, especially for data migration, and so these days business leaders and their chief information officers [CIOs] need to think about transformation instead.”

Dr Andreas Schneider-Neureither, chief executive of SNP, a global IT transformation business based in Germany that has recently acquired Harlex Consulting, gives an example. He says: “A company is running five legal entities and the CEO decides to merge them into one. The question is how do you retain the historical data and where does it sit? Do you need to transition data to a new structure? Do you need a hard break between the old system and the new one?

“The danger is that companies will lose their historic data, which is so valuable. After all, a successful corporation such as Tesla has huge market capitalisation because of the data it has amassed from customers driving its cars.”

According to Dr Schneider-Neureither, companies don’t need to reinvent the wheel when managing their data following a merger or acquisition or the introduction of S/4HANA: “Rather than having to implement an entirely new system, we have the technology to allow companies to transform their old data into new databases with near-zero downtime.”

This approach differs from that of the big, generalist consultancies that take a reinvent-the-wheel approach, he explains, with budgets that are often huge and timescales so long the benefits are frequently years off, if they materialise at all.

“The idea of having to implement an entirely new system and spending a fortune doing so means that some CIOs and their boards will be tempted to put this off for years,” says Mr McGrail. “But the point is that even if you’re not yet moving to the cloud or transitioning to in-memory computing to benefit from analytics of your sales data, for instance, then your competitors are.”

There are huge opportunities for companies here to upgrade their ERP technology and to benefit from S/4HANA in a way that is fast, seamless and cost effective – and protects their valuable historical data

Companies that are determined to benefit from this new generation ERP like the fact that SNP’s technology means transferring valuable historic data into a new system requires almost no downtime. Instead of spending huge amounts of time and money on a “big bang” change and having to work with an “old world” system containing the data and the “new world” of the latest technology, the two become one.

Mr McGrail points out that SNP Transformation Backbone provides this seamless interconnection because it’s the only transformation software which has SAP’s data model fully integrated into it. He says: “There’s no other consulting practice in the UK that’s able to deliver that. And it’s not just S/4HANA. We can provide full integration and data transfer for almost any system.”

Dr Schneider-Neureither says: “The big S/4HANA wave will come over the next six or seven years, but already forward-thinking companies are planning ahead.” He estimates that more than 60,000 companies around the world will introduce this new technology and some 12,000 have already committed to taking a transformational approach rather than reimplementation.

“This is why we wanted to acquire Harlex Consulting and to expand into the UK,” he says. “There are huge opportunities for companies here to upgrade their ERP technology and to benefit from S/4HANA in a way that is fast, seamless and cost effective – and protects their valuable historical data.” 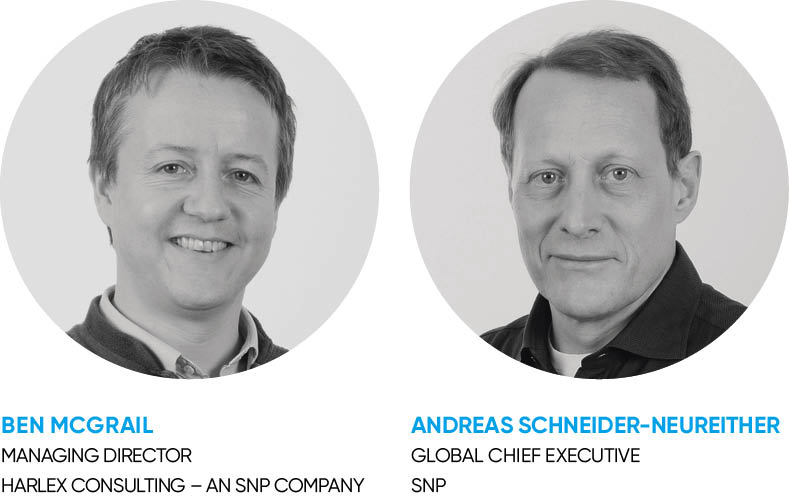 ‘On a human level, the British and Germans make the best business partners’

Brexit might have strained the UK’s relations with its European neighbours, but Ben McGrail, co-founder of London-based Harlex Consulting, and Andreas Schneider-Neureither, founder of SNP, a software company based in Heidelberg, Germany, hit it off as soon as they met.

“I’d had a meeting in London and I was on my way to Brussels and so I arranged to meet Ben at the St Pancras Hotel, just by the Eurostar terminal. Within ten minutes we realised that the companies we’d each founded would be a great fit. The businesses clearly worked well together and so did the chemistry, the people factor,” says Dr Schneider-Neureither.

According to Mr McGrail: “We realised very soon – after a few gin and tonics – that we took the same approach to helping clients. We could both see the direction of travel with regard to continuing buoyant M&A activity and S/4HANA, and we wanted to take advantage of the large and growing UK SAP market, so the acquisition of Harlex by SNP was obvious. There was great chemistry between us and we took the decision very quickly.”

The acquisition of Harlex by SNP will help companies throughout the UK and around the world to overcome the challenges of managing IT system integration and data migration following mergers, acquisitions, divestments and the rollout of S/4HANA.

Learn more about the challenges and opportunities raised by S/4HANA at this year’s Transformation Day event in London on March 29: http://www.transformation-days.de/en/london/