How to include diversity

You don’t need to look too far to understand the impact of the near-crippling pressure business leaders often face. Recent analysis by PwC finds the average tenure for a UK chief executive has hit a new low of just 4.8 years, dropping below the global average of five years for the first time. This is down from a high of 8.3 years just nine years ago and it means 16 per cent of companies now change their leader every year.

While the reasons are obviously varied, a common theme is the intense pressure that being at the top entails. Last month, one NHS trust chief executive announced she was quitting because the personal cost was too high.

A just-published report by KPMG, which questioned 1,300 chief executives across 11 different industry sectors, finds seemingly new and ever-expanding worries to keep them awake at night.

In addition to dealing with what’s often described as more VUCA – volatile, uncertain, complex and ambiguous – times and, as well as having to adapt to technological change, digital transformation and finding increasingly scarce talent, comes a new problem: environmental change. Chief executives, it finds, are “feeling investor and stakeholder pressure to move the world away from a sole reliance on fossil fuels”.

What organisations actually need is an inclusion measure, so they can connect this to business performance

Against this backdrop, it can be easy to see why other, and often less tangible, issues such as creating organisations with diversity and inclusivity at their core can often be seen as just another agenda that needs looking at.

There is little doubt chief executives do understand the importance of inclusive culture. They know it’s important for creating diversity of thought, for being more representative of their customer base and simply for being the “right thing” to champion.

However, against this is the very real fact that chief executives who take a culture-first approach are a rare breed.

Even though companies with inclusive cultures are proven to have higher overall engagement rates and create the right sense of psychological safety that allows for greater inquisition and more innovation, deciding to put culture first and foremost can be stacked against organisations with more immediate profit and loss concerns.

Not only do many chief executives not quite know where they should begin, often seeing culture as something that’s difficult to pin down and describe, many more are understandably uncertain how they can start to set about actually changing it. There are even academics who argue culture change is not possible at all: a tail-chasing pursuit that can only end in failure.

The reality is that while wholesale culture change probably is something of a tall order certainly in the short-to-medium term, culture is something that can very potently be nudged along in the right direction. But I believe the only way organisations can address the issue of inclusive cultures is to radically change the conversation. Future chief executives need to stop and take stock, and challenge their views about what diverse cultures actually mean and how they can be fostered.

Why? It’s often assumed culture always comes from the top. For some chief executives, it’s almost an ego-boosting notion that the culture of their business is uniquely created, and impacted by their leadership, vision, communications and values.

This is only true to an extent though. In reality, organisations have a myriad of micro-cultures, comprising the collective experiences of smaller teams, and the different ways they think and interact.

This is why the dialogue organisations use to talk about diversity needs to change, to be much more cognizant of the power of teams. Leaders need to think about sets of teams first. As an organisation, we passionately believe, and have seen, that teams of people and team learning can make a bigger difference than just individuals.

But this is only the start of it. There is one crucial concept that is often missing. It’s often forgotten that culture is actually the by-product of what the business strategy actually needs to be. If chief executives really want to think about culture, and about diversity, what they actually need to do is think about the strategy of the business first. What they should not be asking is, “How do we set out a diversity and inclusion strategy?” but rather, “What are our specific and pressing business concerns first, and what can taking a culturally based look at this reveal?”

To some this might appear overly nuanced. But for current and future chief executives, this distinction is vital to understand. Organisations need to think more about how they inspire and get the most out of their people, but in the context of an overall business aim, rather than tinkering around the edges by thinking about diversity in small pockets.

The reason leaders still stick to taking the transactional approach to diversity and inclusion is arguably two-fold. Most chief executives come from a corporate governance or finance background, so this approach fits their traditional way of thinking. It also appears to make diversity easier to tackle. It’s far more convenient for leaders to be jubilant in reporting positive changes in ethnic or gender representation.

And, let’s not forget, central legislation such as recent new laws for all 250-plus employee companies to report pay gap data and diversity data also drives this thinking too.

But in doing this, what leaders often fail to think about is whether it is actually moving their true cultural dial forwards. Yes, they may be legally compliant now, but do their measures actually meet their strategic goals?

What leaders really need to subscribe to is a way of measuring their organisation’s actual inclusion, as connected to their business issues, and use this as a starting point from which to move the needle on.

At In Diverse Company, our diversity inclusion maturity model establishes just this: giving an actual inclusivity score based on a number of different metrics, via a psychometric and organisational audit which is mapped against the United Nations sustainability goals. This takes into account teams, leaders and individual inclusion scores. We work to help organisations become more inclusion mature and help map out the journey from point A to B.

What leaders might find is their specific score can vary markedly to that of the rest of the organisation or their direct teams. But at least this enables the business to know what their cultural and inclusive starting place is, to then be able to move forward. 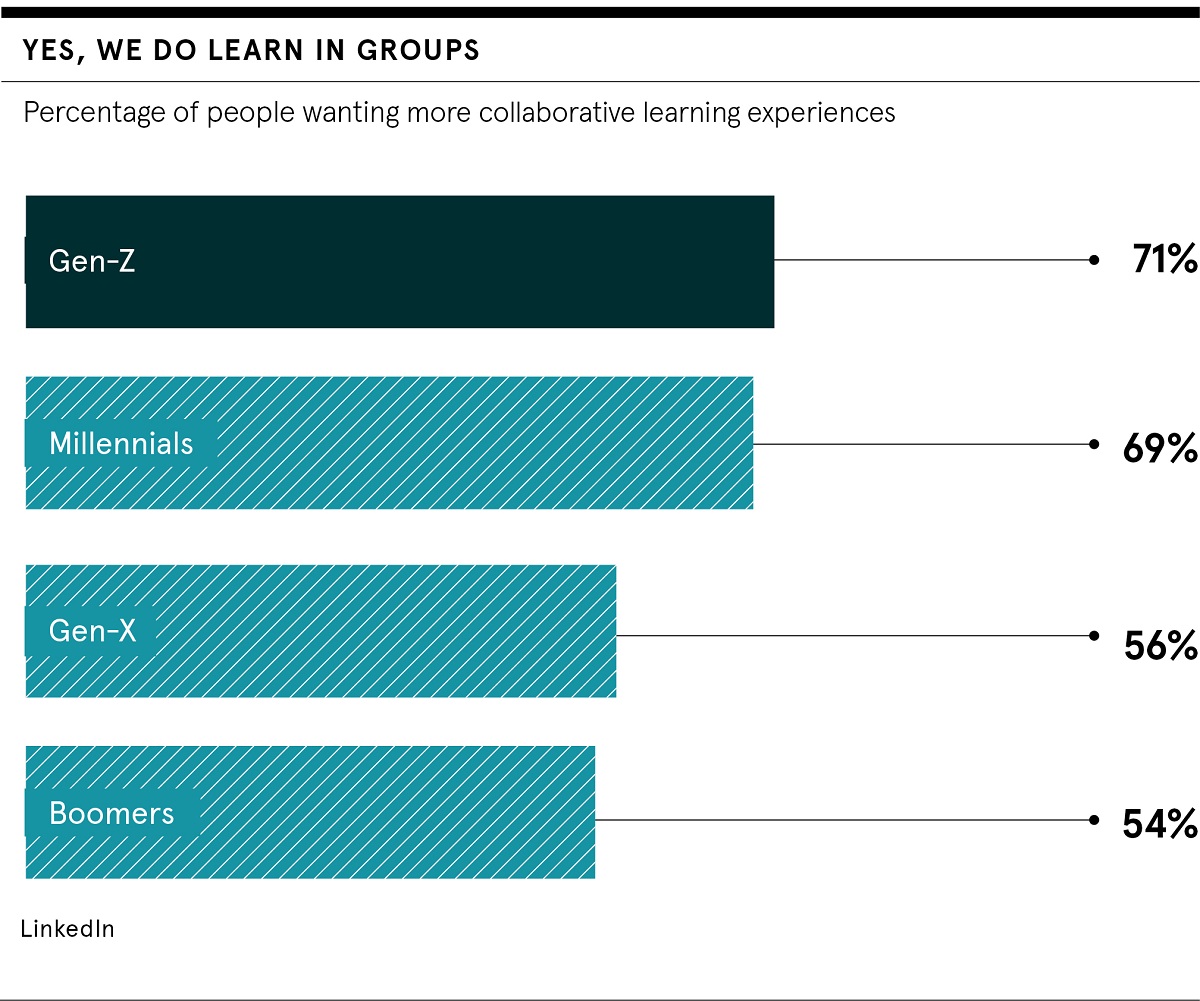 The point is, leaders need to get a sense of how their businesses can be impacted at a strategic level. Data essentially provides this new narrative. When it’s possible to see how peoples’ or teams’ behaviours vary from their own individual attitudes, there is a powerful reason to start addressing these.

The solution could be quite drastic. For instance, leaders might need to promote groups of people, such as more women or those from different backgrounds, before they might be ready. Why? Because the impact of their diverse way of thinking will be better all round. The data might require leaders to make very bold decisions, but they can at least do so because it’s predicated on meeting business objectives.

This new way of thinking matters because it’s probably worth considering that a common characteristic about the way most organisations are led is they tend to be steered by chief executives perpetually in search of the perfect business strategy. It’s a search, of course, which if we step back and really analyse it, is one that is simply not possible often because it’s still based on gut feeling.

What leaders now, and in the future, really need to do is demonstrate a willingness to accept how a range of targeted interventions, to improve inclusivity and which are based on scientific and psychometrics-based data, can often have far greater impact. A company might, for instance, want to change its customer base entirely as part of its overall business objective. Just how well their current employees might relate to this chosen new demographic, based on team or corporate scores, could better inform leaders on how they might need to proceed.

Long-lasting change and the adoption of new attitudes to culture and inclusion are, of course, always measured by time. And so the quality chief executives will need to demonstrate the most will certainly be patience. This is in terms of how quickly inclusivity scores can be improved and how business results can be impacted. But, by at least identifying what their strategic priorities are, patience should be a quality rewarded by correlations about the way a culture has to work and operate to generate business value.

For some chief executives, it’s almost an ego-boosting notion that the culture of their business is uniquely created, and impacted by their leadership, vision, communications and value

Patience is helped when nudges and interventions are made every day and become part of a continual learning culture. That’s what we seek to achieve with all our clients. The leaders we work with are those who, thankfully, buy in to this approach. But the approach is a new one that not all organisations are currently ready for.

In time, I believe taking a cultural and inclusivity temperature check, be it at the personal, team or organisational level, will become more commonplace. It has to. Outdated learning interventions that take people away from their workplace and then put them back in again, simply don’t work. How can people be expected to return to their desks and act differently, when the environment and culture around them hasn’t actually changed at all?

For leaders of the future, it is how they go about providing the conditions for creating lasting change that will really sort the best from the not so good.

Leaders who buy into the power of inclusion and the business challenges of tomorrow that it can solve, really do have an opportunity to set their organisations apart.