The marriage of financial acumen and internet prowess has promised to catapult lending from its dull analogue era into a bright future of digital financial technology.

Home Credit, a consumer finance lender established in 1997, hails from pre-fintech times. Judged simply on the year of its birth, the company may seem to need the same digital jolt as other traditional financial institutions.

According to Home Credit, which has served more than 130 million customers from Prague to Manila, that perception is wrong. “What sets us apart is our ability to take fresh ideas and rapidly test and scale them to our millions of clients. We are a global giant that thinks and acts like a nimble disruptor, and that’s a rare combination,” says head of Home Credit’s risk research unit Lubomír Hanusek.

“Our lending expertise and advanced tools let us reach more unbanked customers and offer them the speed and smooth customer experience as well as any fintech startup today can.”

A lot depends on how quickly and reliably the company can assess the creditworthiness of potential customers in a country lacking a centralised credit records bureau. Home Credit demonstrates how its robust technology helps structure anonymised big data using it for highly predictive credit-scoring. This allows the lender to include new customers into a regulated financial industry.

“When we enter a new market, we need six months to collect enough data to feed our centralised approval models and make them work,” says Mr Hanusek.

The company is primarily using its technologies to cope with growing numbers of new consumers in large Asian markets. As their economies grow, an emerging middle class catches up with opportunities for a more comfortable lifestyle.

Home Credit uses the capabilities of its platform to manage its strategy and credit approvals centrally across nine countries. They include China, India, Indonesia, the Philippines, Vietnam and Russia. These countries have a combined population of almost four billion people or about half the world’s population.

Home Credit approves about 200,000 loans every day and two-thirds are new customers. It tracks the growing financial needs of clients and helps improve financial literacy in countries where consumer borrowing is mostly still a novelty.

The company benefits from having started at bricks-and-mortar stores, providing finance for customers seeking to buy household appliances, mobile phones and furniture. As these shops went online, Home Credit followed. It also partnered with pure ecommerce companies throughout its markets, including local payment platforms, such as China’s WeChat and Alipay, India’s Paytm and Indonesia’s GoJek.

No matter where customers look for a loan – shopping malls, eshops or through Home Credit’s mobile app – the application process is paperless. The loan applicant gets a “yes” or “no” response in under a minute. At Home Credit’s business scale, automation is the rule. So far this year, the company has processed 96 out of 100 loan applications without any human interaction. It employs 3,600 IT personnel overseeing more than 20,000 servers and 28 datacentres.

The company has also automated some of the work at its telephone customer help desks. “Chat or voice bots currently handle about 200,000 customer calls in China each day and up to 80 per cent of simple queries in India,” says Milan Urbasek from Home Credit’s group operations.

The use of speaking robots is possible partly because clients usually call in with straightforward questions about their loan balances and payment dates. Customers’ behaviour, including interactions with bots, are recorded and fed back into predictive scorecard models. This data collection begins when customers apply for a loan and ends with full repayment.

Home Credit uses artificial intelligence (AI) tools to sift through these troves of big data. The goal is continuously to upgrade the predictive power of scorecards to minimise the likelihood of newly approved customers defaulting on their loans.

Big data is a trendy catch-all term to describe the vast volume of digital traces people leave behind as they go through their modern digital lives. Big data covers information from many external and internal sources, such as non-cash financial transactions, internet use, mobile devices and other digital sensors.

This data can be collected, organised and analysed to assist companies in discovering meaningful correlations that augment predictive behaviour models. Financial companies such as Home Credit can look for patterns to gauge the creditworthiness of their clients against the standard data from credit-
scoring registers.

By definition, big data must pass the four Vs test – volume, variety, velocity and veracity – for company managers to extract any value from it. The four Vs experiment, described by scientists at IBM, makes Home Credit a fitting big data user since it has extensive operations in two large countries, China and India. Both markets generate data input on an enormous scale (volume) in different types (variety) by streaming modes that permit online analysis (velocity) and in the proper, accurate forms (veracity).

Scoring provided by big data companies can outperform a human loans officer. “Big data can provide better predictions about the future behaviour of borrowers than some traditional questionnaires can,” says Mr Aleshkin.

However, some experts warn that big data may lead to biased findings and judgments. Although AI and machine-learning concepts are neutral in the way they function, it is the programmers who have to find the strongest correlation between data and behavioural patterns. Only then can big data and AI help predict the probability of, say, loan defaults by certain types of borrowers. Answering why data findings can show this is tricky and still puzzling.

“Imagine the autopilot of a driverless car,” Alan Winfield, professor of robot ethics at the University of the West of England, told the Scientific American journal. “If there’s an accident, it’s simply not acceptable to say to an investigator or judge, ‘We just don’t understand why the car did that’.” 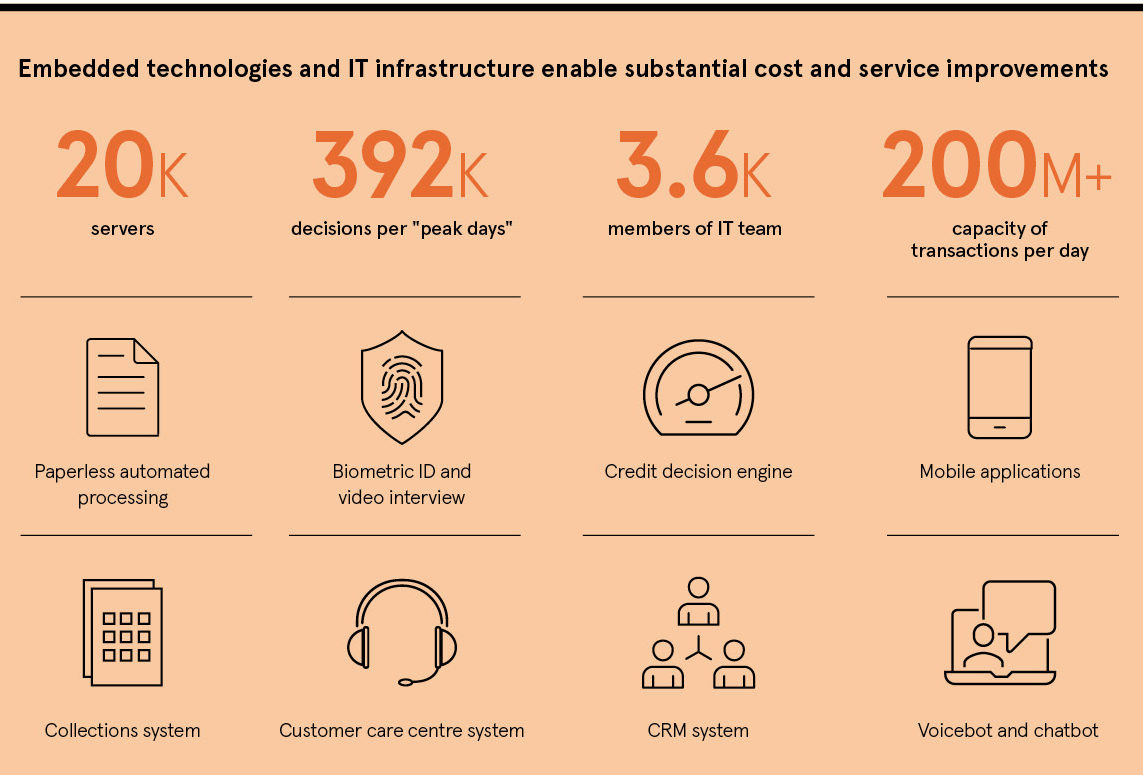 Home Credit avoids falling into the big data bias trap when evaluating loan applications from people with minimal financial histories by using different weightings for scoring. “We primarily rely on our client and business data,” says Home Credit’s risk research manager Mr Hanusek. “First we look at causations, such as a clean credit record and sufficient earnings attesting to the high probability of problem-free repayment of the loan, and only then do we look at correlations. Big data may statistically show the probability that a customer may default.”

However, predictions based on big data analysis can be very accurate and outperform the decisions based on answers people provide in traditional loan applications. “A traditional loan application might have relied on checking personal income and payment histories, whereas big data can extrapolate alternative information to verify these much more accurately,” says Home Credit’s risk manager Václav Kozmík.

One field where big data science has meshed with AI and has progressed immensely in recent years is voice recognition and machine-understanding of spoken language. The most visible advances focus on major nations and languages spoken by many people. “It’s easier to find reliable voice bots speaking Chinese or Russian than Tagalog, one of the official languages in the Philippines,” says Pavel Dvořák, head of Home Credit’s loan collections in Asia.

For years, robots have helped manufacturers save workers from doing boring and numbing jobs on assembly lines. Voice bots are taking over the tedious work at customer call centres. For Home Credit, the benefits are twofold, the obvious one being reducing costs and the other decreasing the staff churn rate at its call centres.

The company has been able to cut its global headcount in call centres in China by about a third to 7,000 since implementing AI-powered voice recognition services for handling customer care two years ago. “We’ve also seen improvements in customer satisfaction. Customers react positively to robots reminding them to make loan payments,” says head of Home Credit’s loan collections Radek Janušek. “They may feel embarrassed if they hear the same from a real person working at the call centre.”

Prague-headquartered and Netherlands-incorporated company Home Credit NV operates a global technology platform that centrally manages core strategy, technology, risk and financial products for consumer loans in markets in central and eastern Europe, the Commonwealth of Independent States, China and southeast Asia. Home Credit primarily serves individuals with limited or no credit history and concentrates on responsible lending by providing people with loans they can afford. The company serves more than 130 million customers through its global presence in over 420,000 bricks-and-mortar shops, online in eshops and its mobile app. Typical Home Credit clients are white and blue-collar professionals, often first-time borrowers, making it difficult to assess their creditworthiness. The company seeks to build long-term relationships with its clients by offering different financial products, including point-of-sale loans, cash loans, credit cards and instalment payment cards.

Last year, Home Credit offered $70,000 in prize money to scientists via Kaggle, an online network of data and computer science researchers. Kaggle, owned by Google’s parent company Alphabet, hosts competitions that enable commercial companies to outsource problem-solving to a huge number of scientists globally. Home Credit asked the Kaggle community to develop a credit risk decision-making tool based on alternative data the consumer lender typically does not use. Some 7,190 scientific teams from more than 100 countries participated in the competition. “We are a global powerhouse that issued 37 million new loans in the past year alone, so any idea that can lead to even a slight improvement in our approval is not only extremely valuable to us, but can also be scaled up to incredible heights very rapidly. And that’s a big draw for Kaggle contestants,” says Home Credit’s chief risk officer Radek Pluhař.

In 2017, Home Credit launched a new credit card in Russia. Called Svoboda, which means freedom, the card is Home Credit’s take on the growing popularity of buy-now, pay-later solutions that fintech companies such as Sezzle, Splitit or Afterpay offer online retailers in the United States, Australia and other developed markets. They let buyers split bills for purchases at online stores into interest-free monthly instalments using their existing credit or debit cards. The buy-now, pay-later startups collect fees from vendors, who can increase sales by attracting shoppers cautious of accumulating debt. In Russia, the Freedom zero-interest credit card is however one answer to escalating concerns of rising consumer debt. According to the country’s central bank, Russians have doubled their outstanding personal debt in the last five years. The authorities have set stricter rules, including interest rate caps of 1 per cent a day on payday loans to slow consumer lending. The Freedom instalment card has two spending limits, one for partner shops and the other for non-partners. The card can also be used at non-affiliated vendors as long as they accept Visa cards. Clients can use the Freedom card just like any other traditional credit card. Buy-now, pay-later services such as Sezzle let clients make purchases only at affiliate shops or service providers. 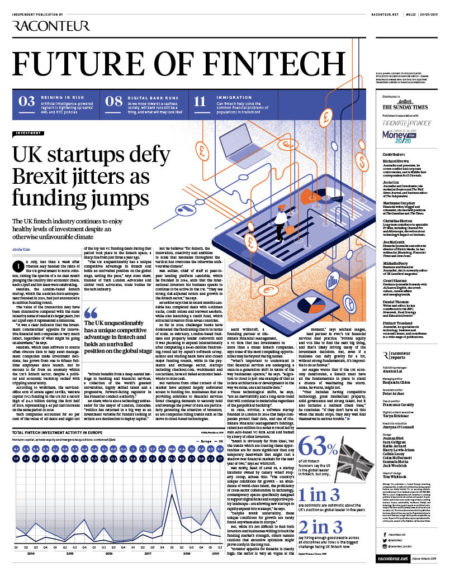