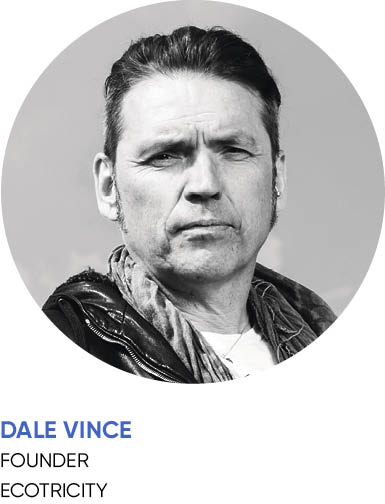 Faced with the threat of climate change and a rapidly changing energy system, a growing number of UK businesses are revolutionising the way they access and use energy.

For Dale Vince, founder of the world’s first green electricity company Ecotricity, the trend for greater efficiency is one that will dominate the energy landscape going forward.

“Businesses are responsible for one third of the UK’s energy consumption; switching to green energy is the single biggest thing a business can do to fight climate change and is the first step towards becoming part of the smart energy system of the future,” says Mr Vince.

He speaks from experience as Ecotricity has been at the forefront of bringing green energy to businesses and homes since its inception in 1995 and boasts a growing portfolio of success stories. Among Ecotricity’s almost 200,000 customers across the UK are a growing band of small and medium-sized businesses on green energy tariffs and large businesses on bespoke prices.

The company’s vision for the future is to create a green UK, a place in which ethical and sustainable business is the norm. Ecotricity supply some of the greenest and most ethical companies in the country, whatever their size, including companies such as Universal Music UK, Lush, Friends of the Earth, Greenpeace, Enterprise, Vivienne Westwood and Ben Ainslie Racing.

“Tackling climate change and reducing the UK’s carbon emissions will be as much about smaller businesses and households as the big companies. The realisation among individuals and companies of all sizes of the role green energy will play in powering our future is gathering momentum, and the way we produce and pay for energy is undergoing a huge transformation with smart technology,” says Mr Vince.

For many businesses, the next step towards sustainability, after switching to a green energy supplier, is to employ energy efficiency measures. Forward-thinking businesses want even greater control of their energy supply. An increasing number are also looking to generate their own energy on-site, in turn cutting costs, increasing energy independence and reducing their carbon footprint.

As part of its drive to help customers make energy where they work, Ecotricity launched its pioneering Merchant Wind Power scheme in 2001, providing dedicated windmills built on the industrial and commercial sites of some of the country’s biggest household names, such as Sainsbury’s, Michelin, B&Q, Ford and, more recently, RSPB and Pinewood Studio, Wales. To date, Ecotricity has planned and built one in ten of all the UK’s wind projects and its unique approach means it takes full responsibility for the construction, operation and maintenance of the turbines at no cost to the customer.

“We have an innovative but simple proposition for businesses – we provide them with a green energy supply that provides both environmental and economic advantages. It allows businesses to meet both their environmental goals and energy needs, while demonstrating their green credentials to their customers,” says Mr Vince.

“Environmental awareness is on the rise, especially among the younger generations, and businesses need to be seen to be taking greater responsibility. Not only can energy efficiency measures boost a business’s bottom line and protect them against future energy price fluctuations, they can also increase competitiveness and attractiveness as well as offer new business opportunities.”

Unsurprisingly, on-site energy generation projects across the UK have more than doubled in the past four years and Ecotricity expects this trend to continue.

Mr Vince says: “The traditional top-down model has had its day and the future energy system is one that will be off-grid and decentralised.”

The trend towards decentralised energy will see the UK undergo something of a green revolution, with on-site generation from the wind and the sun, and an explosion of smart devices enabling a nation to become more self-sufficient and less reliant upon global energy markets, he says.

“We are witnessing the transformation into an unparalleled modern energy infrastructure, and we and our customers plan to be at the vanguard of that change,” Mr Vince concludes.

To switch your business to green energy please visit business.sales@ecotricity.co.uk 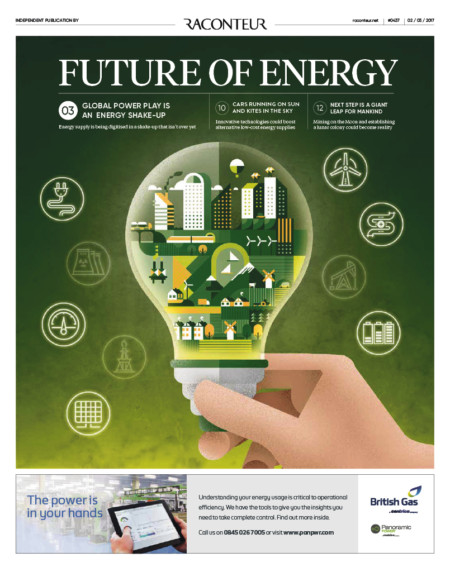