Described by leading US-based technology and business magazine WIRED as a startup scene that’s “grown up”, the figures back up Berlin’s tech maturity over recent years.

According to international industry analysts, 50 per cent of all of Germany’s startups – almost 3,000 companies – are based in the capital. Also, Berlin has 50 per cent more female founders than in other German cities and there are nearly 100,000 tech industry employees. Last year alone, 500 startups were launched and nearly 250 deals were made.

Christian Herzog, head of the digital business division at Berlin Partner for Business and Technology, a company engaged in a unique public-private partnership with the Berlin Senate and more than 280 companies, supports emerging and established startups.

There’s the potential to realise your dreams here

He points out that after the German reunification, production in Berlin had dropped significantly, but since then various industries have been re-established.

“More than half the innovation companies are now in Berlin and that’s a boost for the startup scene,” he says.

Affordable flat and desk-space rents, a good quality of life, a creative atmosphere and a number of business incubators are among the many reasons why the German capital has become an attractive base for startups and innovators.

Additionally, with 50 per cent of the city’s startup staff from countries across the globe, Berlin is an international city sitting in the heart of Europe. It’s something Berlin Partner is fully embracing.

One of the company’s flagship global programmes is Start Alliance. To adapt business models to international requirements and accelerate corporate innovations effectively, the programme acts as a business network between the most dynamic startup hubs worldwide, including New York, Shanghai and London.

Mr Herzog, who headed the launch, says: “The idea of Start Alliance is to build a new form of partnership based on two elements, on the one hand helping young companies expand to other cities fast and cheap, and on the other exchanging ideas for smart city solutions. We achieve this by actively supporting startups on practical issues, for example when it comes to questions on working permissions.”

Alongside its international agenda, Berlin Partner offers clients a range of packages that cover talent, location, financing and innovation. 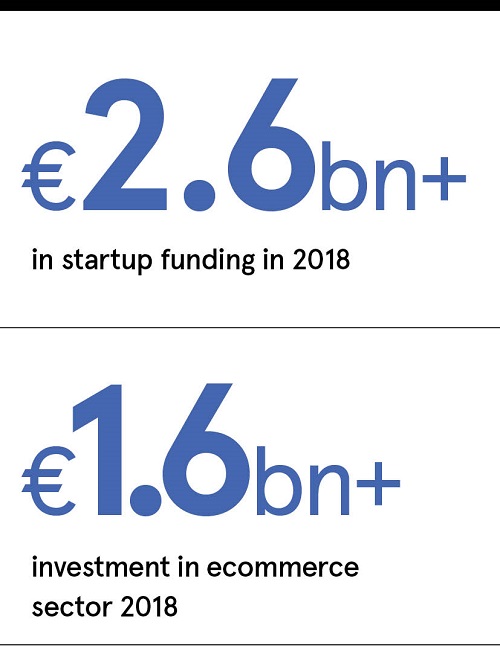 Prioritising the needs of founders is at the heart of the company’s mission. “Before we start supporting companies, we ask them what their needs are, what we can do to help them build their company as fast as they can and what barriers they face,” says Mr Herzog. “Our clients enjoy the best of both worlds: the city view and an ear to the market. It’s this structure that allows us to do more than is possible in other countries.”

Uganda-based Ruth Nabembezi is just one of the many founders to have benefited from the city’s startup ecosystem. Her sexual health app, Ask Without Shame, provides an accessible and safe platform where people can anonymously ask qualified medical experts sexual health questions.

During her time in the city, she participated in the Vodafone accelerator programme and was able to grow her company further by additional funding, mentoring and networking opportunities. “Berlin is so unique. It’s a no-nonsense, business-friendly environment and has a wealth of financing options, incubators and a multicultural workforce. I would recommend Berlin to other social entrepreneurs,” says Ms Nabembezi.

As the city continues to shake up the global startup scene, Mr Herzog is confident that the future looks bright for Berlin’s burgeoning industry. “There are many benefits to being in the city right now,” he says. “The startup language is English, so many businesses feel comfortable here, and a business can attract local, national and international investment.

“With its melting pot of people and ideas, Berlin will become the flagship of innovation in the country. There’s potential to get things done and the potential to realise your dreams here.”