The workplace is changing and Regus is tapping into the growing demand for the community, collaboration and creative buzz that comes from human interaction 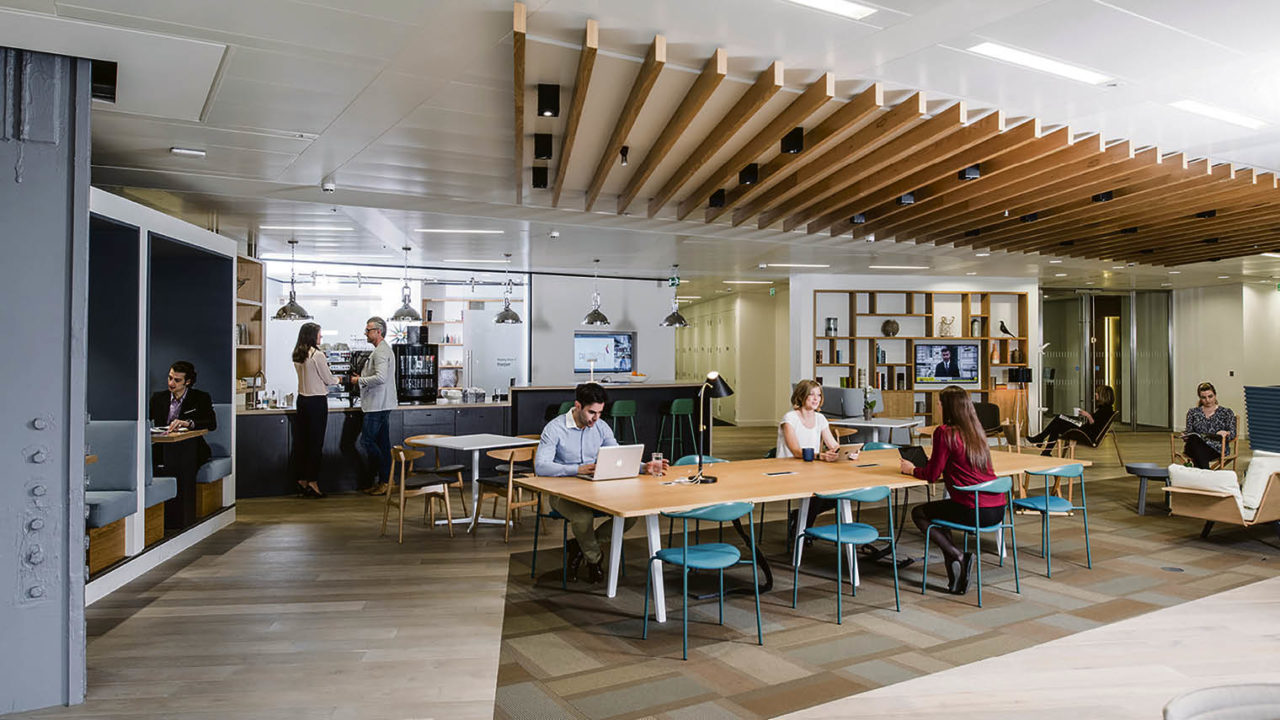 If you thought flexible, remote and home-working would lead to a dramatic decline in the desire to go into the office, you could not be more wrong.

Should you need proof that the office is not dead, just take a closer look at Regus, which has become the go-to flexible workspace provider for everyone from sole traders looking for a hot desk to multinationals seeking to house entire divisions.

In the last 18 months, Regus has expanded its network by 20 per cent in terms of the number of locations and there are no plans to slow down.

“We have 3,000 locations in 120 countries worldwide and are continuing to build our network every day,” says Richard Morris, chief executive of Regus UK. “Within the UK, we are extending our network to a wider geographical spread of cities and towns from Marlow in Buckinghamshire and Ashford in Kent to Salisbury in Wiltshire.”

So, what is driving this growth?

The sheer size of its network gives Regus a unique insight into the workplace requirements of a diverse range of businesses in terms of scale, sector and geographical location.

“One of the biggest trends is the growing recognition that a creative, collaborative working environment is vital for the generation of ideas, for fostering team spirit and for improved productivity and innovation,” says Mr Morris.

Regus offices are very much alive

“Individuals, whether they are sole traders or employees, are also increasingly craving the buzz of an office space. Home-working can be incredibly isolating and for generation rent, who do not have the luxury of a home office, a workplace has even more appeal.

“Our recent survey of over 3,000 UK professionals found that nearly nine in ten felt that ‘co-working helps curb loneliness for home workers’ with other benefits including more freedom of work location, reliable bandwidth and a better social environment.”

Bigger businesses are seeing the benefits too. Traditional office and branch networks are not used as often or as intensively as in the past thanks to flexible working practices and the ability to work remotely.

“This means that employees are even less likely to want to work in a half-empty, impersonal workplace,” says Mr Morris. “Replace this under-utilised office with a vibrant, buzzing hub and the dynamic is very different.

“We have seen organisations that have several hundred people working across a geographical region, closing their permanent physical offices and replacing them with more local hubs.

“Rather than the fixed costs of a physical office, they can pay for what they use, and mix and match the type of offices they want. That could include permanent office space for key staff, meeting rooms booked on demand or co-working space that attracts other team members to come in when they need to collaborate.”

However, while people crave the interaction of an office environment, they do not necessarily want to be there on a nine-to-five, five-day-a-week basis.

Regus’s survey found that when faced with two similar jobs, more than nine in ten would select the one offering flexible working and more than half agreed they would “actively change job” if one with more flexible working was offered.

So, while many workers value going into a workplace, they no longer necessarily want fixed hours in a fixed office and this too is fuelling demand for more flexible workplaces. Why pay for desks for 50 staff when only 25 turn up on any given day?

The other trend is for more local workplaces.

“There will always be a demand for a presence in a city centre,” says Mr Morris. “However, we are also finding that workplaces near where people live are increasingly attractive and not just for micro-businesses looking to move out of the spare room or garden shed.

“A growing number of businesses are finding it difficult to hire in London and the South East because high rents, rising property prices and ever-increasing commuting costs are making a career in the capital unaffordable. So why not open a division in an area where talent wants, and can afford, to live?”

The other major trend is that workspaces are not just about work.

“In this increasingly connected world, people want to be part of a network and that network is often centred on the workplace,” says Mr Morris.

“To respond to this demand, Regus workspaces have evolved into networking hubs with business programmes and social events. Whereas a tenth of the total floor space would have been communal ten years ago, today we are allocating up to a third for co-working, socialising and cafés where people can connect informally.

“This enables both businesses and employees to network and foster connections, and increasingly this is a major reason why businesses choose Regus to benefit from being in a network.”

However, the number-one reason for Regus’s continued growth, according to Mr Morris, is that businesses want flexibility.

“Consuming office space as and when you need it rather than locking into long, fixed and inflexible leases isn’t just more economical, it has other implications. For example, businesses can be more agile with a new division or department opened when needed rather than waiting for a lease to be negotiated,” he says.

“Meanwhile, smaller firms or individuals can add a desk at a time or use Regus locations for just a set number of days rather than committing to a full-time presence.”

If you visit a vast, impersonal, under-utilised, inflexible workplace where people do not want to work, you may think the office is dead. But Regus offices are very much alive.