A rapidly evolving regulatory environment and growing sophistication among criminals has elevated the cost of financial crime on both industry and society at large. Tackling the issue requires more innovative approaches and technology, but also greater collaboration 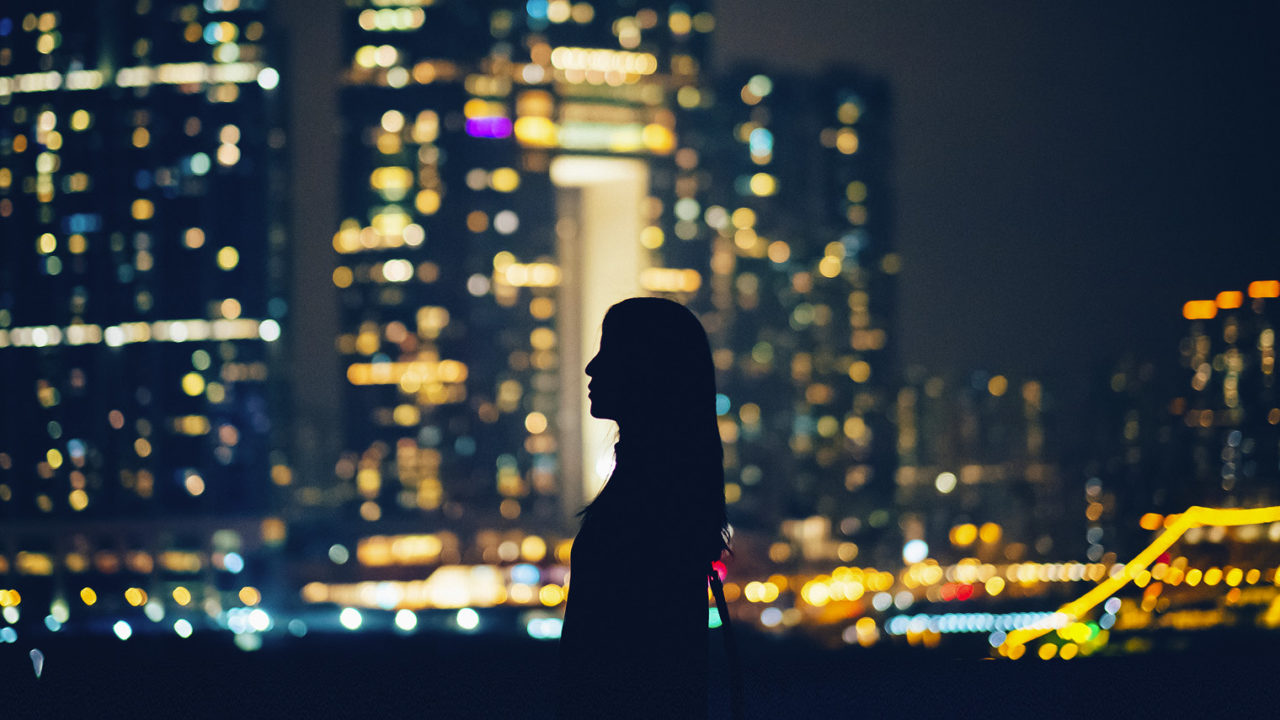 Financial crime has evolved. Anti-money laundering and counter-terrorist financing legislation is considerably stricter and the application of those laws has been extended to include designated non-financial businesses such as lawyers, accountants and real estate brokers. This means a broader set of organisations are obliged to conduct more intensive due diligence around their customers and the amount of work required to comply is increasing.

Other new regulations are mandating enhanced consumer privacy and protection, while consumers are demanding more choice and flexibility across digital channels, and technology advances are enabling new entrants in the banking sector with low barriers to entry. Amid these challenges, the digital identity revolution is gaining momentum as the need to protect against sophisticated financial criminals grows.

The True Cost of Financial Crime report released last year by Refinitiv, a global provider of financial technology and risk solutions, estimates that the loss of annual turnover from financial crime now totals around $1.45 trillion, equal to about 3.5 per cent of annual turnover. Companies spend more than 3 per cent of their turnover combating financial crime, according to the report which quizzed over 2,000 firms across 19 countries.

We are committed to finding better ways to fight financial crime with the industry participants, providers, regulators and governments working together

“When you look at the combined loss, it’s huge and is getting bigger,” says James Mirfin, global head of digital identity and financial crime at Refinitiv. “We’re also seeing unintended costs from regulation. As banks start to perform more robust due diligence and seek to derisk their portfolios, there can be unexpected consequences, such as potentially putting customers at risk of losing access to financial services. We’ve all seen the headlines about money laundering and the impact of getting this wrong is significant, both financially, with the fines levied, and in relation to reputation too.”

Massive amounts of data are created every day, but if banks and financial institutions don’t have confidence in the data they’re using, they’re more likely to avoid higher-risk activities or customers and therefore withdraw products and services. This situation can be avoided by structuring and bringing together datasets and sources of data and solutions from companies such as Refinitiv to help organisations make more-informed decisions.

Moving away from traditional paper-based identity verification to embrace digital equivalents transcends geographies, and enhances both speed and efficiency. This in turn boosts productivity and means potential financial crime-related risk can be detected with greater accuracy.

There is growing recognition that approaches to financial crime mitigation are not working. While regulations have the right intentions, they don’t necessarily have the intended effects. Europol estimates that just 1 per cent of financial crime proceeds in the European Union are actually confiscated. The number of suspicious activity reports flagged is soaring, but only 0.5 per cent lead into any meaningful investigation by law enforcement agencies.

Greater collaboration in the form of public-private partnerships is helping to lead the line in finding better ways to tackle financial crime. The UK’s Joint Money Laundering Intelligence Taskforce has seen major banks and law enforcement share and analyse information since its launch three years ago, while similar efforts now exist in Australia, Singapore, the United States and Hong Kong.

“You need to have the industry participants, providers, regulators and governments working together,” says Mr Mirfin. “These partnerships are starting to work well, though they are still largely built around law enforcement and major financial institutions. The impact of financial crime is felt much more broadly, so there is an opportunity for wider involvement. The private sector needs to play a bigger role, contributing valuable expertise in areas such as artificial intelligence and data analytics to support compliance processes, but it’s really a case of working together because when only 1 per cent of funds are being stopped, something’s not working.” 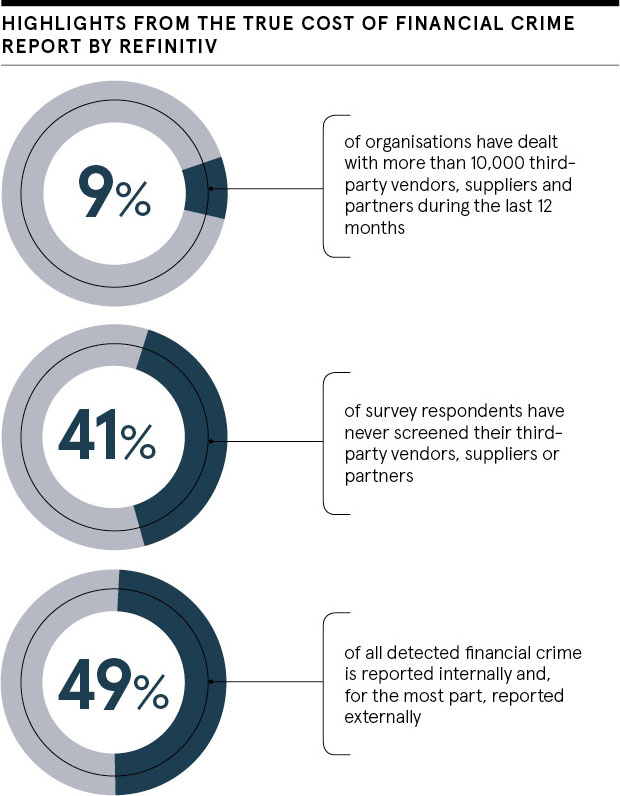 There is a common misconception that financial crime is victimless, but over 40 million people are trapped in modern slavery, more than ever before, with 25 million in forced labour and 15 million in forced marriage, according to the International Labour Organization and Walk Free Foundation. The proceeds of these crimes are often laundered through the financial system.

The United Nations Office on Drugs and Crime estimates the scope of money laundering is between 2 and 5 per cent of global GDP, which equates to between $800 billion and $2 trillion. It’s clear that financial crime has many different victims, and the proceeds from bribery, corruption, human trafficking, drugs and fraud are hugely significant.

“Financial crime has very serious economic costs and very serious social costs as well,” says Mr Mirfin. “It’s causing massive harm and it’s one of the reasons we’re so focused on helping to fight this. As well as helping the financial institutions to meet with their regulatory obligations, it can have a real impact on people around the world.

“We’re committed to finding better ways to fight financial crime, and that means continuing to invest in our products and solutions, including our multi award-winning World-Check One platform, but also participating in more industry forums and leading further cross-industry dialogue to ensure it gets the level of focus it needs. We help companies make better decisions around the types of customers and third parties they can support, and enable them to continue to offer services to legitimate customers so they have confidence about who they’re dealing with.”