The hi-tech effectiveness, precision and safety record of the CoolSculpting body contouring system is making cryolipolysis – fat-freezing – the non-invasive fat-removal treatment of choice 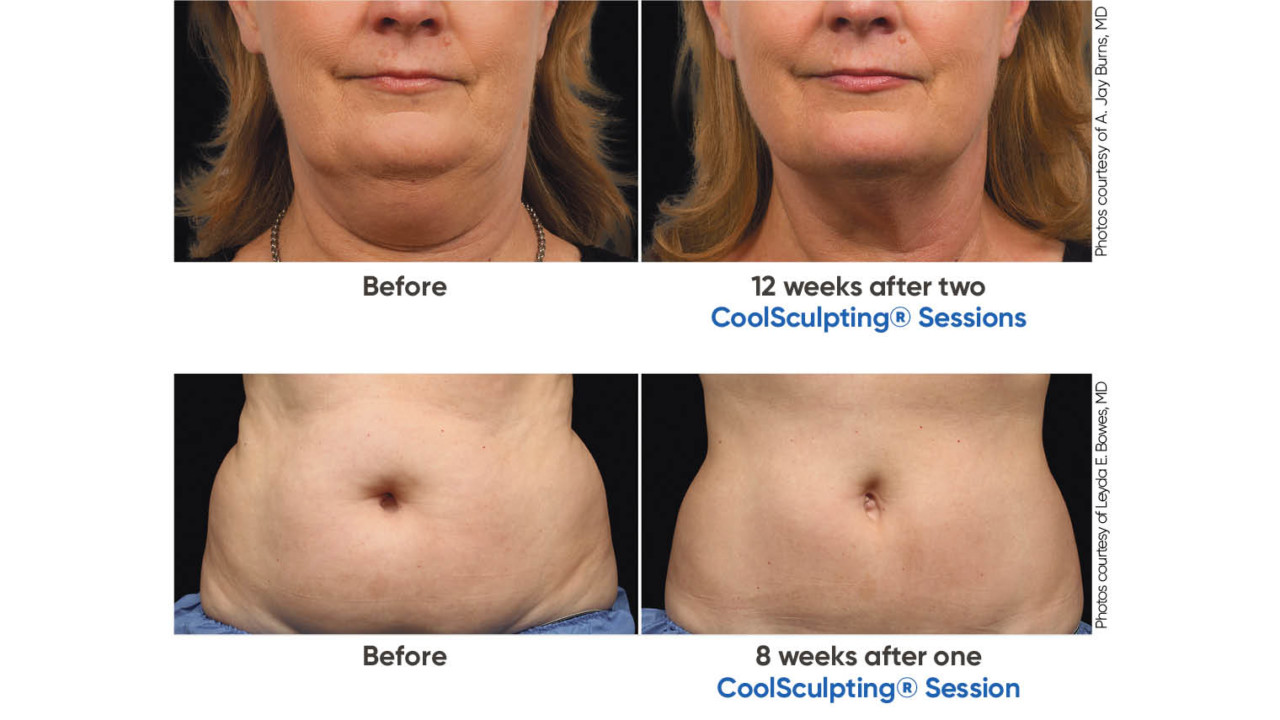 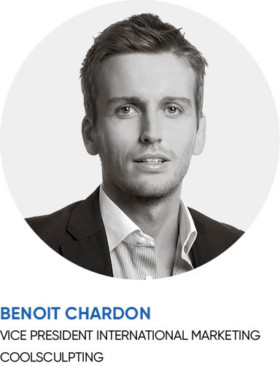 From love handles and muffin tops to bingo wings and double chins, getting rid of stubborn lumps and bumps which defy exercise and diet has never been easy.

We’re always looking for a new solution it seems, indeed figures from a recent industry survey* suggest the body contouring category will grow 50 to 100 per cent faster than any other medical aesthetic category.

However, the new wave non-surgical treatments of the 00s haven’t proved to be a viable competitor to the surgical heavyweight results of lipo. Now though, cryolipolysis is being seen as the tangible way to beat the bulge without resorting to the knife, in the way Botox and fillers revolutionised wrinkle removal. In fact, Allergan, manufacturers of Botox, recently decided to acquire CoolSculpting.

The idea that freezing could break down fat goes back to the 70s when US scientists noticed children who loved ice lollies often had dimpled rather than chubby cheeks. Inspired by this “popsicle panniculitis” phenomenon, dermatologists Dieter Manstein and R. Rox Anderson of Massachusetts General Hospital in Boston instigated the Harvard research which demonstrated that freezing fat cells led to their natural destruction and elimination from the body without damage to surrounding tissue.

Cryolipolysis, as it became known, gained US Food and Drug Administration approval in 2010 in the form of the global patented treatment method CoolSculpting.

Not to be confused with an array of “lunchtime” body-tightening treatments in salons and spas, CoolSculpting stands apart as a doctor’s office treatment, based on medical research which to date has been through 70 clinical studies and 5,500 clinical trial patients, proving consistent safety and efficacy on each area treated, with clinical data for up to nine years. Practitioners are trained to high standards; a major CoolSculpting University for Europe is about to open in Barcelona.

Increasingly, results are speaking for themselves; four million treatments have been completed worldwide and there’s a high referral rate. “Some 87 per cent of those who’ve had the treatment rank it ‘worth it’ on the TripAdvisor-style medical aesthetics procedure website www.realself.com,” says Benoit Chardon, vice president of international marketing for CoolSculpting.

It’s also reassuring to know that CoolSculpting’s technology stands apart in the industry. “It’s the only non-invasive fat-reduction system to use sensor technology which constantly adjusts to the temperature of the individual’s skin,” says Dr Jain. This is vital because, to be effective, the fat cells need to be cooled to exactly 4o so crystallisation takes place. Any variation during treatment can cause uneven or substandard results, or even freezer burns to the skin.

CoolSculpting’s various precision vacuum applicators allow the practitioner to isolate treatment areas, even awkward inner thighs, underarms and bra-strap overhang. Once in place, the device is left on the skin while the freezing process happens.

“It isn’t pain free,” Dr Jain points out, “especially on thinner patients. Though now treatment time has been cut down by almost half, from an hour to 35 minutes, it is more comfortable.”

There is no down time as such and, although redness or some bruising may occur, it is minimal.

“Results are not instant as it takes an average of three months for the fat cells to be naturally eliminated through the body’s system, depending on the area treated,” Dr Jain adds.

However, it is worth the wait, as Mr Chardon explains: “Reduction in the fat layer is 20 to 30 per cent. Once removed, these fat cells never come back, since the number we have is set by our teens.” Plus, subsequent treatments can be used for further reduction.

“Skin tightening is a happy side effect of the treatment too, due to a thickening of the dermis. It’s been observed that the crystals which form in the fat cells cause a positive inflammation and light fibrosis effect which improves tissue support particularly noticeable in a tightening of the abdomen and chin areas. It’s also interesting to note that removing fat from the chin will cause a change in angle – geometry taking up the excess skin – leading to a sharper jawline,” explains Dr Jain.

As CoolSculpting allows us to defy age, gravity and genetics to be the shape we’ve always wanted, without resorting to surgery, it seems cutting a fashionably lean and athletic, yoga-sculpted figure in an age where wellness rules is becoming a reality for more of us.

*According to the IMCAS Tribune Medical Insights CAGR forecast for 2015-20, published in January, the body contouring category is predicted to grow from 15 to 20 per cent a year, depending on the region