Played out on TV screens and front pages worldwide, the upsurge in interest and activity around climate breakdown over the last 12 months may seem dramatic and sudden, but the signs were already there 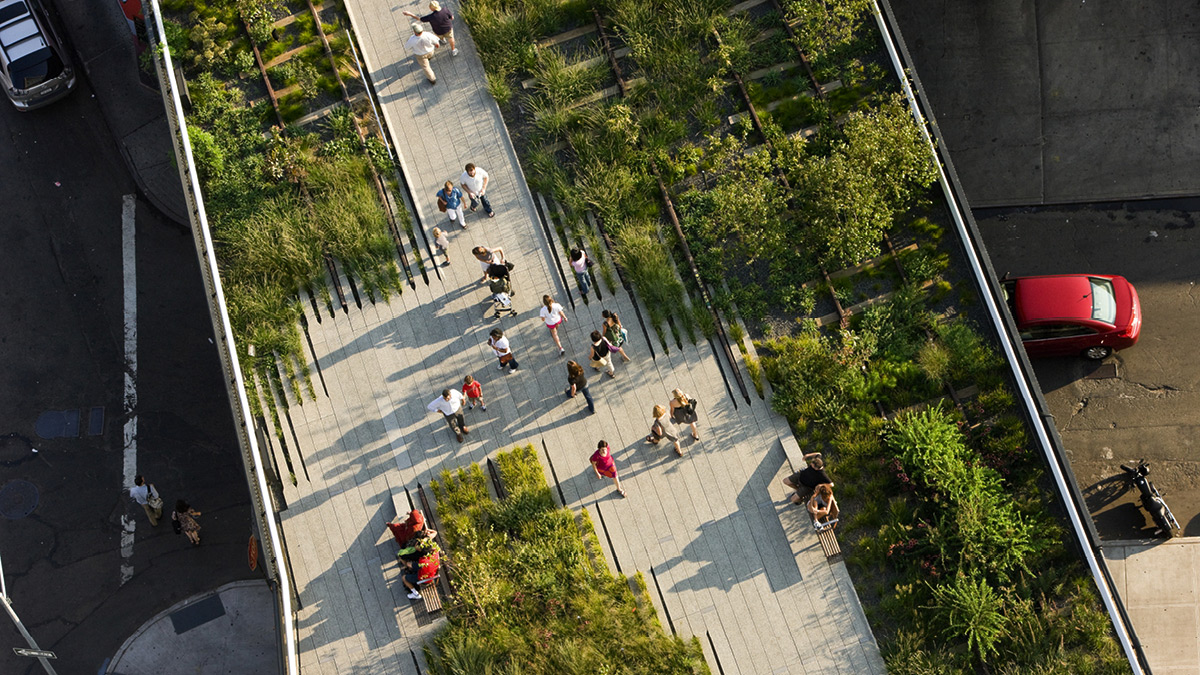 The influential report of the Intergovernmental Panel on Climate Change set alarm bells ringing about timelines for achieving the 1.5C target in the Paris Agreement. In its wake came the call from the Committee on Climate Change for governments to legislate for net-zero emissions by 2050. The UK then promptly became the first major world economy to enact that goal and pass it into law.

At the same time, there has been a mainstream raising of both public consciousness and business awareness around the climate emergency, involving everyone from Sir David Attenborough and Greta Thunberg, via Mark Carney at the Bank of England to BlackRock and Extinction Rebellion.

With public, private and third-sector actors therefore becoming visibly aligned, society is fast approaching a tipping point around climate risk and resilience, in which infrastructure will not only be seriously impacted, but significantly involved, says Duncan Price, head of sustainability at Buro Happold.

“We have seen a complete sea-change in terms of awareness, appetite and commitments around climate change, across the whole of the built environment, whether at city level, with local authority declarations of climate emergency, or owners and developers realising the need to heavily decarbonise their portfolios. The low-carbon transition is truly under way,” he says.

As an international, integrated engineering consultancy, Buro Happold operates in 24 locations worldwide. In the face of a climate emergency, its role is to help shape and steer the built environment towards a sustainable low-carbon future, working with other leaders in the field, including multiple city leaders, clients and collaborators.

The aim with infrastructure is to get a net-zero development plan for every city and every company, every asset and every project

As well as publishing its own Climate Emergency Action Plan, the firm has been instrumental in engaging and mobilising the wider professional community through the Engineers Declare initiative. Buro Happold has championed the need for structural, civil and building services engineering firms to sign up to an online climate emergency declaration, backed by the Happold Foundation.

Alongside institutions and academia, collective industry action is critical, says Price. “Spearheading the adoption of climate emergency declarations among our peer group is absolutely the right thing to do,” he says. “Getting government, city leaders, clients and fellow professionals pointing in the same direction will help decouple economic success from negative impacts and align it with positive social and environmental outcomes.”

Building a coalition of leaders, consensus and momentum is tremendously important for rapid learning across the infrastructure sector. Contributing strategically and specifically, Buro Happold is on the steering group of the net-zero carbon buildings framework definition project, which is effectively the UK interpretation of the World Green Building Council and C40 Cities global campaign to which they contributed significantly alongside numerous global cities.

Buro Happold places a lot of value on receiving peer-group recognition for its leadership on sustainability and climate change matters, with its work with C40 Cities recently winning the NCE100 award for impact on climate resilience. Being seen to walk the talk on climate is key and the company has made a public commitment to be net-zero carbon for its own operations by the end of the next financial year, April 2021.

Suitably inspired and empowered to act on climate, clients are now beginning to ask what is most material to their assets and what can be done to decarbonise. In a position to leverage its expertise and experience, Buro Happold is therefore advising developers and owners on strategic low-carbon transition plans for a whole host of infrastructure projects and portfolios, from 20-year developments to large nationwide assets.

In this joined-up world, transitioning to a low-carbon future means taking a systemic approach, looking not just at built assets, but the spaces between them and the connective tissue, the infrastructure, whether it is inclusion of low-carbon heat networks and smart grids or electric-vehicle charging points and public transport.

The classic view of infrastructure sees it as pipes, wires and bridges, but there is another argument that buildings are our infrastructure, too. As part of a national energy efficiency programme, the UK should be retrofitting 20 million homes and other existing buildings, and this programmatic approach to wholesale improvement of our building stock should be treated as a national infrastructure priority.

There is also growing interest in the idea of the co-benefits of climate action; how we can assess, quantify and value them. So, with C40 Cities, Buro Happold is working with the leaders of 25 cities around the world to identify the air-quality, health and economic benefits. This synergistic approach to systemic change across cities is increasingly going to be key for unlocking action and building a business case.

Some of the decision-making on the part of cities is taking a very long-term perspective, looking well beyond 100 years. Thinking not just in terms of decarbonisation, but climate resilience as well, municipalities and communities are seeking to future-proof their built assets against flood risk, overheating, water stress and more. Traditionally, the infrastructure involved has tended to be highly capital intensive, but there is now increasing potential to see it as more dispersed and agile.

In response, Buro Happold is actively engaged at the leading edge of thinking about adaptive pathways and working to identify the trigger points for when decisions need to be made about infrastructure.

Scenarios are multiple. Continuing the rapid decarbonisation of the electricity grid will need a shift from old to new technologies. Cracking energy storage could have a big impact on peak energy loads. Plus, going fossil free with vehicle fuels, via electrification or hydrogen, should transform air quality.

Driving this low-carbon transition is going to be both challenging and rewarding. Buro Happold’s Price concludes: “Ultimately, we need to scale up and accelerate action on climate and that means being bold and moving fast, based on evidence and technical understanding of the art of the possible. The aim with infrastructure is to get a net-zero development plan for every city and every company, every asset and every project.”