The recent cryptocurrency bubble shows how wildly irrational behaviour continues to rule financial markets. But technology is emerging that can help traders avoid such illogical activity and the type of heavy losses it has caused for so many crypto trader 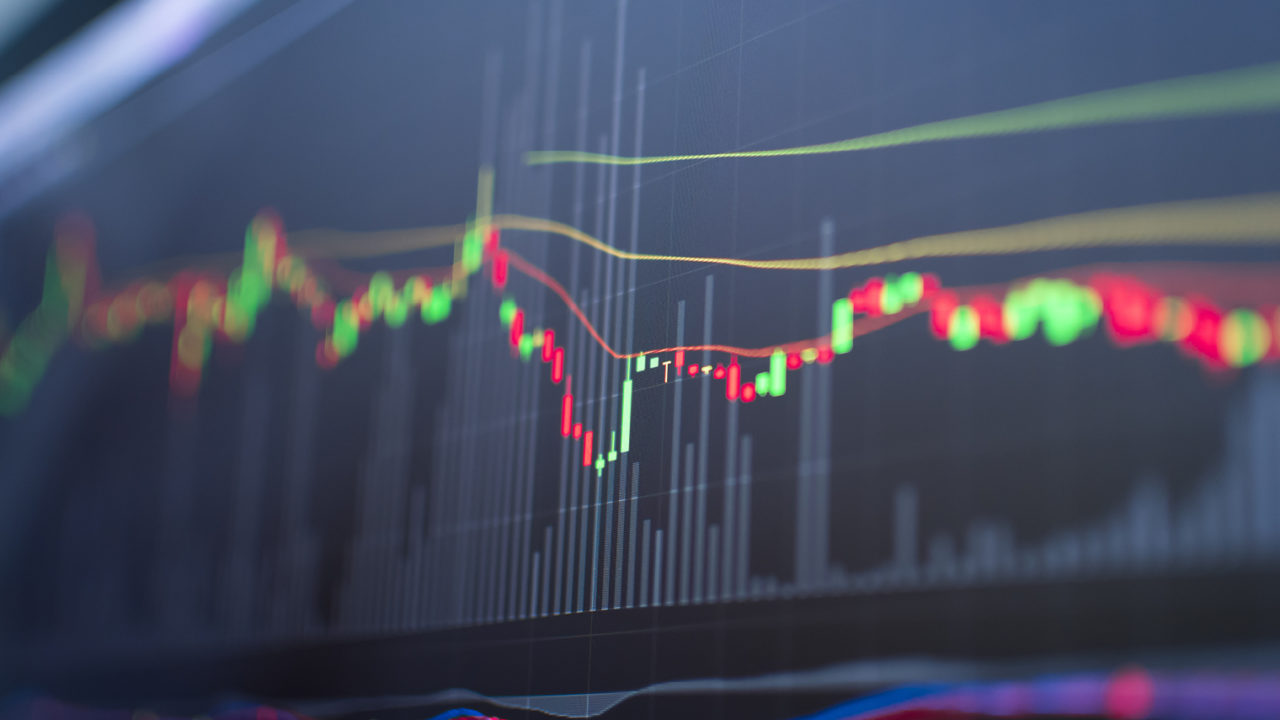 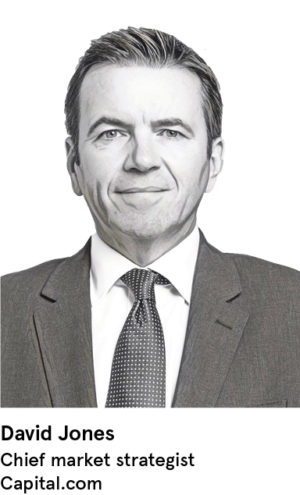 Between July and December last year, cryptos such as bitcoin experienced an extreme boom-and-bust cycle as traders were gripped by a speculative frenzy. Positive news hinting at the acceptance of these digital currencies into mainstream usage attracted buyers chasing a fast buck. These traders overinflated prices through greed and overconfidence, then sent them crashing down again as panic selling took over.

We then saw more cognitive errors in the crypto market this year as some traders who had bought at a high price held their losses for too long in the hope of recovery. Instead, crypto prices, which had already fallen more than 50 per cent from their peak, levelled out for a few months, only to fall a further 40 per cent in the two weeks to November 24.

The November falls probably occurred because these traders finally accepted their losses and sold out to limit further damage.

Such behavioural problems are well understood thanks to academics such as Daniel Kahneman, Robert Shiller and Richard Thaler. Their work has identified that humans make 95 per cent of their decisions using mental shortcuts, or rules of thumb, based on anecdotes and stereotypes, rather than disciplined strategies. This leads to a wide range of irrational behaviours and, in the financial world, market mispricing.

David Jones, chief market strategist at trading platform Capital.com, says the crypto boom attracted many new entrants to trading, but many of them will have learnt a harsh lesson about market psychology.

“People saw easy money,” he says. “But easy money doesn’t last forever. We’ve seen it many times before, for example, in the dot-com bubble of the 1990s.”

Capital.com provides the only platform that uses artificial intelligence to look for patterns that could indicate behavioural mistakes among individual traders

However, Mr Jones says traders interested in cryptos should not abandon the asset class; if there is volatility, there will still be opportunities.

“You can profit from market falls, by selling short, as well as from rises,” he says. “So traders need to be aware of market sentiment creating sudden moves in either direction. Much sentiment is news led. News flow about cryptos and therefore volatility was low in the six months to October, making it less attractive for traders because these markets were not experiencing the kind of movement they had previously.

“But with volatility returning in November, it becomes attractive again for those looking to profit from shorter-term swings.”

Despite the latest crash, some economists still believe cryptos will play a key role in future economies. The latest, Dr Saifedean Ammous, associate professor of economics at the Lebanese American University, reportedly predicted in November that cryptocurrencies will enable a return to a golden era of capitalism. Others are less positive; for example, Warren Buffet, chief executive of Berkshire Hathaway, has said the idea that there is intrinsic value in cryptos is a joke.

Mr Jones highlights that bitcoin lost 56 per cent of its value in 2014, but went on to add 2,400 per cent in the year to December 12, 2017. So traders should not rule out another resurgence.

But anticipating the timing of any rebound is about monitoring news flow and sentiment, not underlying value.

He says: “Traditional markets such as shares or commodities are hard enough to value; this is a much more ethereal market. You can use market charts to see the direction of trends and overall sentiment. But don’t get psychologically tied to a fixed value.

“The latest sell-off could end up being a sign that the worst is over and we can anticipate some recovery. When the last of the speculators sells out, often the only way to go is up.

“As the market rose last year, we saw bitcoin spend some time around $3,000, which it has returned to at the time of writing, so it might build a base from here. I’m basing that purely on the sentiment of market participants last year.

“Others think it will sink further. But whether you feel the market will rise or fall, the key to successful trading is maintaining discipline, sticking to your plan and avoiding bad habits.”

Technology can help here, says Mr Jones. Capital.com provides the only platform that uses artificial intelligence to look for patterns that could indicate behavioural mistakes among individual traders. For example, it can identify when you might be chasing losses if they become much bigger than your profits, then nudge you towards techniques such as stop loss orders to manage risk.

Or it can spot overconfidence if you are trading too much or too frequently following some wins, then remind you to maintain a disciplined strategy.

“People typically come to cryptocurrencies with more biases because they think they can make lots of money and it may be their first experience of trading,” says Mr Jones. “There’s a big opportunity for this technology to identify when they are starting to bend their own rules and nudge them back on track.” 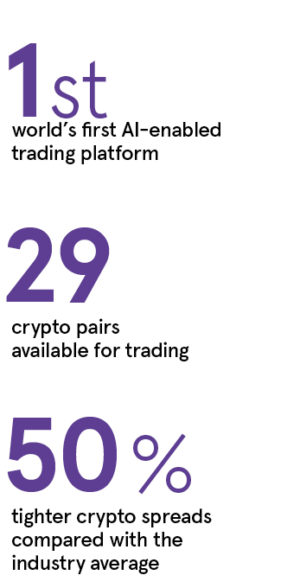 Capital.com offers crypto trading through contracts for difference (CFDs), a derivative between a trader and their broker, under which one party agrees to pay the difference in value between the opening and closing position. CFDs are an option for those who wish to trade a cryptocurrency, but do not want to buy the currency itself, which requires a digital wallet.

“There have been several stories about hackers accessing digital wallets recently,” says Mr Jones. “With a CFD, you don’t need a digital wallet, just a trading account. It also enables you to enter and exit markets in seconds. Capital.com is a 24/7 platform. It has 29 crypto trading pairs available and offers ‘two times’ leverage. It is regulated by the Financial Conduct Authority, there is zero commission and it has the tightest spreads on bitcoin and other cryptos.”

The platform also allows trades in fractions of digital coins, as low as 1 per cent of a bitcoin, for example. So at current prices, you would only need around $30 to trade bitcoin, not $3,000, says Mr Jones.

Most importantly, with pioneering artificial intelligence keeping you on track constantly, it can help you stay well ahead of less disciplined traders, he concludes.