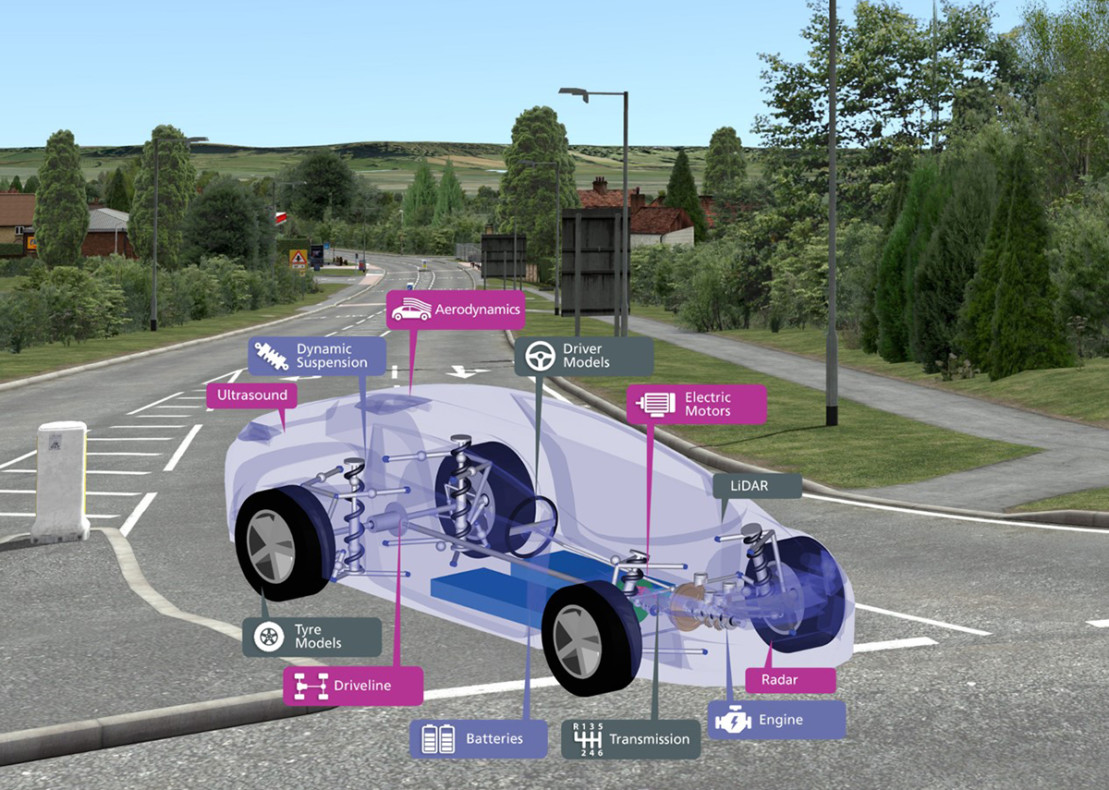 A recent announcement from Volvo has committed them to making only hybrid or electric cars from 2019 and almost every automotive manufacturer has declared their intention to have fully autonomous cars available in the next three to five years.

These trends present some huge challenges to the engineers tasked with designing, developing and testing these vehicles to make sure they work correctly. With the complexity of the next-generation vehicles, it will not be practical or possible within the timeframes proposed to carry out comprehensive physical testing of all the vehicle systems.

Researchers say tests will need to prove with 80 per cent confidence that autonomous vehicles are 90 per cent safer than human drivers. To get to that confidence level, test vehicles would need to be driven for 11 billion miles. But it would take nearly a decade of round-the-clock testing to reach just two million miles in typical urban conditions.

By using virtual testing, the scenarios that the car needs to be tested under can be condensed into a much smaller distance. In this way millions of miles of real-world driving can be condensed into a few hundred miles in the virtual environment. The development of virtual testing environments capable of supporting this has been underway for several years and by combining various technologies it is possible to create virtual test environments suitable for testing the next generation of transport.

Some aspects of vehicle development have relied on virtual testing for many years. Control systems are usually tested on hardware-in-the-loop (HiL) test rigs where the actual vehicle control unit is connected to a real-time computer. The computer runs a model of the vehicle that can generate all the sensor signals the control unit normally receives so that the controller recognises its environment. Using HiL to test control units has enabled automotive manufacturers to reduce the amount of physical testing needed to validate much of the control system behaviour.

By using virtual testing, the scenarios that the car needs to be tested under can be condensed into a much smaller distance

There are two significant problems with the current approach for testing the next generation of vehicles.

First, the vehicles are becoming more complicated with many more interconnected systems that all have to be operated precisely to deliver the performance and response demanded by customers. To deal with this, the detail of the models being used on the HiL test rigs needs to be increased so that they cover all the vehicle systems including the engine, electric motors, cooling, suspension and so on. These complex multi-domain models need to run in real time with the appropriate level of detail to feed the control systems.

The second challenge is that to make a vehicle autonomous, it must be able to see and interpret its surroundings and this is typically done through a range of sensors including cameras, radars, LiDARs (light detection and ranging) and ultrasound sensors. A traditional HiL rig is not well suited to testing such systems as it cannot mimic these sensors but, using technology initially developed for driving simulators, this can be addressed.

For example, a camera sensor can be positioned inside the virtual vehicle with the appropriate field of view; frame rate and lens distortion effects can be applied to generate an image as it would appear on the camera sensor. The sensor model can then replicate the communication protocol used by the real device and this can be transmitted to the real controller via the HiL test rig. The same can be done for all the vehicle sensors allowing the control systems to be fully immersed into the virtual environment.

Taken together, the advances in modelling capabilities and virtual test environments are enabling a rapid growth in the amount of virtual testing that can be carried out. Using these virtual environments to develop and test the next generation of vehicles will allow them to be tested under every imaginable scenario to help achieve the goals of safe and environmentally friendly autonomous vehicles.