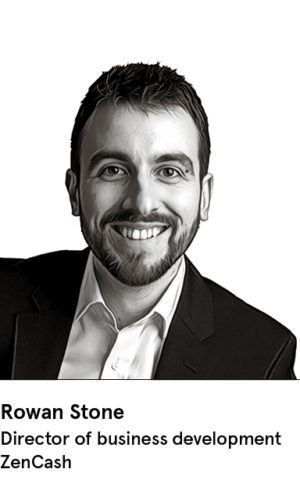 Consumers and companies are taking an active interest in cryptocurrencies, but there is clearly a long way to go before their eventual role in personal and business finance is fully realised.

To some degree, a lack of broader awareness of what cryptocurrencies have to offer is holding the industry back. But so too is a lack of joined up thinking within some projects.

“Very few of the 2,000 or so cryptocurrencies operating have a truly business-like operational structure and a hierarchy that ensures they make good strategic decisions,” says Rowan Stone, director of business development for cryptocurrency ZenCash. “All these digital currencies are still in the phase of the geeks – too complicated and clunky for many to use. People are starting to realise that by fixing this we can make traditional finance efficient.”

ZenCash is in the process of simplifying usage of its products and core currency, but it also has a broader vision. Work is taking place to create an Apple App Store-like platform that is simple to use and acts as a whole ecosystem in itself. Companies will be able to create their own apps with any link to cryptocurrency and blockchain technology, from real estate to information storage and analysis.

For any cryptocurrency, when a truly consumer-like interface like this is created, mass adoption and institutional investment could follow. But Mr Stone says the industry also needs to tackle how it is perceived by investors.

“We found that whenever we mention we’re a privacy coin, the investment community tend to shy away,” he notes. “Since tipping the word to ‘confidentiality’, and pitching that we are creating an ecosystem of apps with the ability to restore users’ confidentiality, investors have been able to understand what we’re doing and have become really open to our proposition.”

In terms of funding, cryptocurrencies also need to secure the support of organisations interested for the long haul. “It’s actually too easy to raise money for cryptocurrencies,” Mr Stone says. “What we want is the right strategic support.”

ZenCash recently scored a big win with financial backing from the Digital Currency Group, which has a similar vision and owns a controlling stake in a select group of the largest cryptocurrency firms. This opens up access to institutional capital, while offering other investors reassurance about the quality of opportunity.

In addition, the industry needs regulatory acceptance. For now, the cryptocurrency world remains relatively unregulated and misunderstood, but steps are being taken to make it less risky and considerably more transparent. Mr Stone says he would welcome any “sensible regulation that doesn’t stifle growth”, adding: “Rather than resisting regulation, which many

projects are doing, we are welcoming open and honest conversation; without it there will be broad-brush regulation that will damage the industry.”

In the long term, cryptocurrencies must ensure interoperability with banking systems. “At the moment the two do not really talk, given that legacy banking systems rely on masses of metadata, whereas cryptocurrencies are essentially an input and output hash,” says Mr Stone. “It’s going to be a huge project, but the first company to make crypto and legacy banking work well together is likely to be the first to win mass adoption.”

He sees cryptocurrencies delivering on the original vision of making the world a better place, by bringing banking solutions to millions more people and introducing personal financial stability to some of the most economically unstable regions of the world. “The core thing to remember is that cryptocurrencies are a permissionless system; you don’t need to be allowed by a government or a company to operate. Anyone can jump into crypto, create an app or fork; it’s completely open,” says Mr Stone.

As the cryptocurrency world pushes for simpler, accessible and trusted offerings, the potential for delivery on this goal is now highly evident.

To find out more about ZenCash and how it is simplifying cryptocurrencies for all to use please visit zencash.com or follow @zencash

Despite having experienced some significant setbacks and a bumpy ride in ZenCash’s short history, director Rowan Stone remains optimistic about the future for cryptocurrencies. “We become stronger and better from our experiences,” he says. “We’re now anti-fragile.”

Shortly after launch in May 2017, a ZenCash developer attempted to bring down the project following a coding error. The situation resulted in a criminal investigation and the involvement of the FBI. Multiple transactions were double spent and scores of early users needed to be reimbursed.

Listing on Bittrex led to increased exposure which gave ZenCash the budget required to expand its team. Late-2017 saw ZenCash launch a secure node network and its team was expanded to more than 50 people. Not long after, the cryptocurrency market crashed and so did the value of the company’s currency. Reserves were substantial and well organised but, nonetheless, it came close to the wire.

Support from the Digital Currency Group proved a timely and important intervention. Its backing gave the company valuable credibility and access to new investors, and led to its entry into more online wallets, exchanges and websites.

In the first half of 2018, ZenCash listed on Binance, the leading exchange of its kind in the world. This added exposure came at a cost though with one of the company’s exchange partners being robbed through a 51 per cent attack, which is an attack on the blockchain. ZenCash, however, has a fix in the works that should eliminate these risks for the whole industry.

ZenCash now has a user-base numbering 70,000 people and ambitions to become among the most transparent, reliable and well-structured cryptocurrency operations in the world. 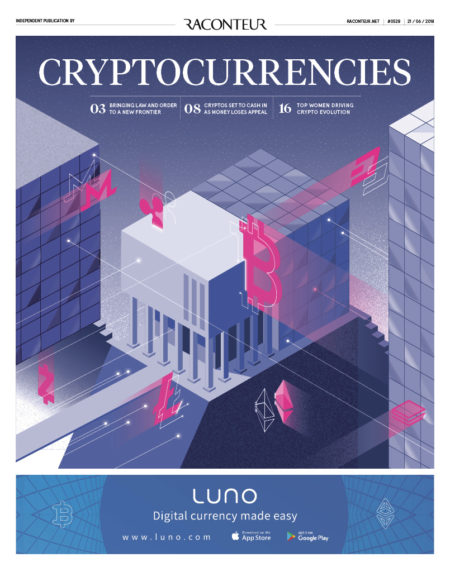