With four out of five workers in a non-desk-based role, unconnected to emails, businesses are missing out on leveraging the ideas and knowledge of those most engaged with customers and products. Connecting the entirety of their organisation is crucial 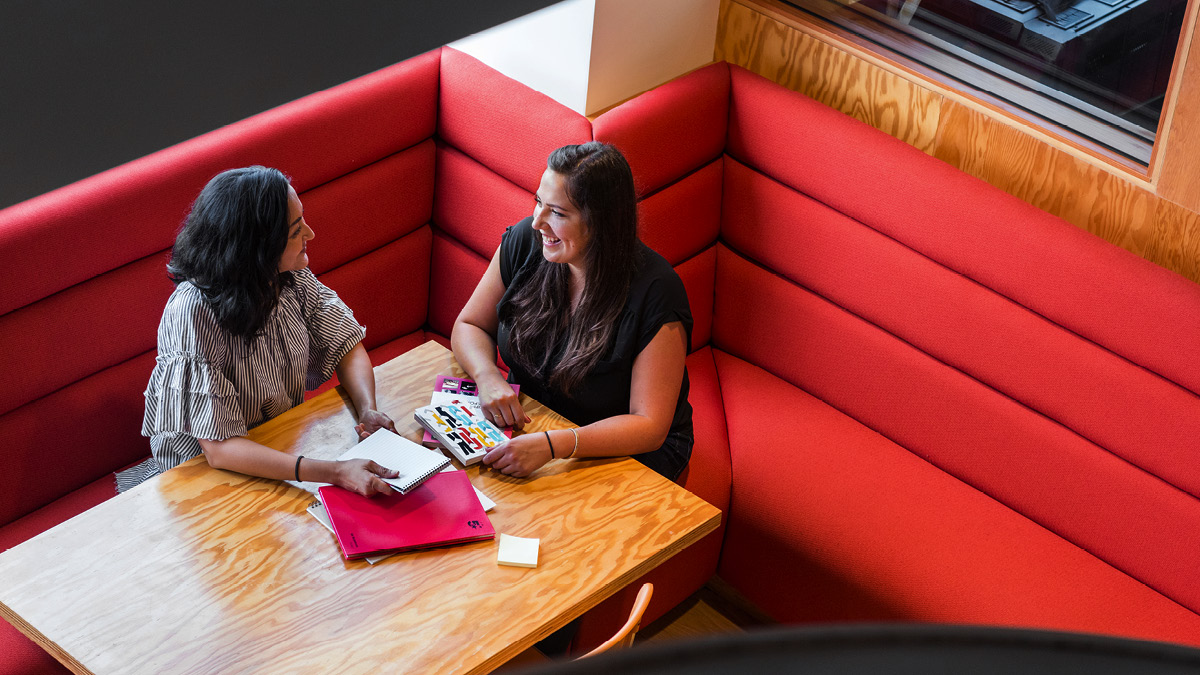 Social media has reinvented communication, enabling people to close the gap between friends and family wherever they are in the world. By connecting the previously unconnected, it has reduced the distance between people who are meaningful to each other or part of meaningful groups. In the workplace, however, a gap remains.

Eighty per cent of the global working population, or 2.7 billion people, are deskless. They’re the frontline staff in hotels, retail stores, hospitals, factories and beyond. These employees are at the coalface on a daily basis, dealing with customers and handling the products, yet too many of them feel silenced and disconnected from management.

A recent study of 2,000 business decision-makers based in head offices and 2,000 frontline workers exposed a major communications failure between these two groups of people. While 86 per cent of employees said they feel connected to their direct co-workers, only 14 per cent said the same about colleagues in HQ and just 3 per cent about their C-suite.

When you do manage to connect everyone, you can remove silos, share news fast, identify talent and ultimately drive competitive advantage

The vast majority of frontline workers feel they receive information passively, rather than participating actively in a mutual exchange. While half of managers said new ideas from frontline staff are the main topic of their conversations with them, just one in five frontline employees agreed and one in six said they never speak with their head office.

This clear disconnect is preventing valuable ideas from rising through the business, limiting innovation and stopping key talent being recognised and feeling appreciated.

Nine in ten managers said their frontline workers are empowered to share ideas with them, but only 45 per cent of the frontline workers agreed. A further 38 per cent of workers have shared their idea, only for it to be ignored. This not only blocks ideas from being deployed, but leaves employees feeling voiceless and ignored, stymying employee engagement, draining motivation and driving people out the door. Yet 83 per cent of managers confidently claim they give all employees a voice in their business.

“Big companies are trying to transform into a more sharing culture, but we hear from our customers, including Walmart, Starbucks and Deliveroo, that before talking about being more productive or collaborative, you have to be connected,” says Julien Codorniou, vice president of Workplace from Facebook, which conducted the research.

“It’s not easy to create a network that incorporates 100 per cent of your employees, particularly when most are deskless. But when you do manage to connect everyone, you can remove silos, share news fast, identify talent and ultimately drive competitive advantage.

“You make decisions better and quicker because you’re more informed, and you can increase employee sentiment, engagement and retention. By connecting your workforce, your people are happier and then stay longer, and that has a big impact on your bottom line.

“On the other hand, if people aren’t connected, they don’t know who they work for. They don’t know the values and culture of the company. They feel like they don’t have a voice and that they can never be identified by the management of the people at HQ. The choice of tools you use to connect people can have an amazing impact on the business at every level: top line, bottom line, productivity and retention.” 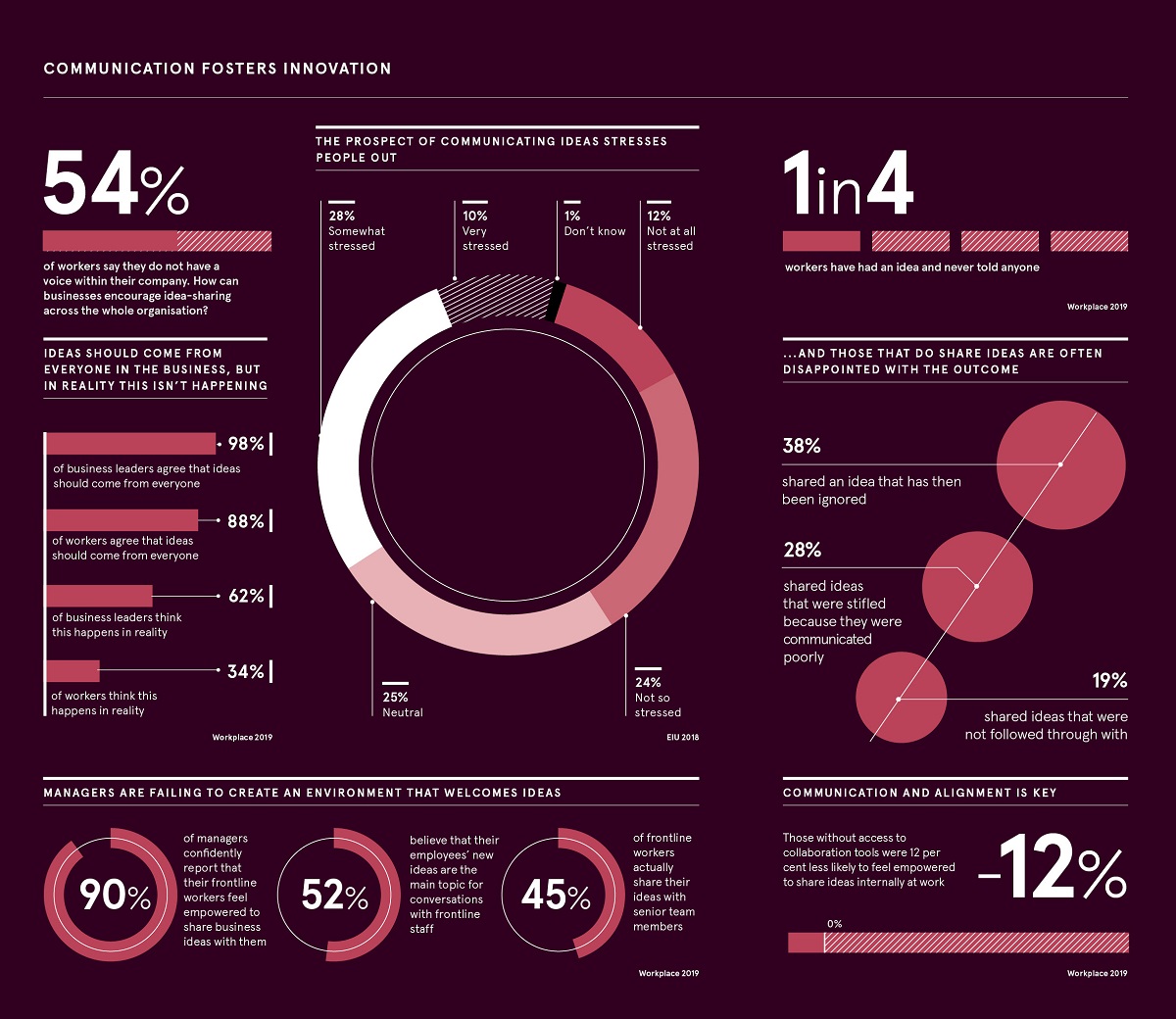 Frontline workers need a space where they can share their experiences with the entire company. Doing this requires technology that really connects everyone, including remote and deskless workers, in a secure and scalable way. According to a Forrester Total Economic Impact study, businesses that connect their people are 34 per cent faster to inform frontline workers of company news and see 32 per cent more production innovation, as well as a 25 per cent reduction in leadership communication costs.

Workplace from Facebook is a SaaS (software-as-a-service) startup within Facebook whose mission is to bring the power of community to work. By bringing the familiarity of Facebook to business collaboration, Workplace allows employees to connect and communicate using an interface that 2.5 billion people around the world already use.

More than three million people are already connected on Workplace across businesses of all sizes. Employees can chat one to one or in groups through instant messaging, using text, pictures, voice and video. They can share updates, files and feedback, and broadcast live announcements, training sessions or meetings. With Workplace Chat, they can make HD video calls with up to 50 people wherever they are in the world.

The ever-familiar News Feed is also included, incorporating artificial intelligence to update employees on the people and projects most relevant to them in a scrolling stream of posts that can be liked and commented on. Meanwhile, Workplace ensures global organisations are truly connected by breaking down language barriers through automatic translations and video captioning.

“I can write in French, but my colleagues in Japan will see the contents in Japanese,” says Mr Codorniou. “Connecting the frontline means connecting the unconnected. When you do that at global scale, great things happen. Facebook is already known for connecting people, but by connecting everyone in the same company for the first time and going beyond the technological and cultural challenges, it becomes a fantastic way to be more productive and collaborative.

“It’s hard to give everyone a voice, especially when you have people who have never touched a SaaS application before. There’s a reason it wasn’t possible before. It was expensive, it didn’t work, it wasn’t mobile friendly and it wasn’t adapted to a population of employees who don’t deal with emails.

“The future of work is connecting everyone and creating that network of employees who can then be turned into a platform for automation, bots, integrations, becoming the place where you get the job done every day with experiences that are integrated, user friendly and mobile. That’s what Facebook is famous for – connecting people – and it’s time to bring that to work.”

LIXIL, a Japanese manufacturer of building materials and housing equipment, faced a challenge common to many predominantly deskless companies: connecting its people.

The sprawling Japanese conglomerate employs 70,000 people across 150 markets, but with seven in ten of its employees working on the frontline on plants, showrooms and sales sites, it was a company in search of an identity.

It realised the best ideas lay in the minds of these frontline staff, yet they weren’t forthcoming because they had no way to access decision-makers or influence the product-development process. It was clear LIXIL needed these two areas to connect.

“When most of our employees have no desk or email access, but they are online on their mobiles, how do we get 70,000 people working together towards an aligned vision that we’ve agreed for the company?” says Jin Montesano, LIXIL’s chief public affairs and people officer. “There’s only one way to do that and that’s to build community.”

Deploying Workplace from Facebook has enabled LIXIL to not only build its community, but also eliminate the gulf between frontline staff and management, bringing the people with the greatest ideas much closer to the decision-making process.

Typical of a Japanese company, LIXIL traditionally had a formal and hierarchical culture with employees who are very careful about how they behave and talk to colleagues, particularly those more senior to them. Workplace has allowed the company to flatten this out and engrain an informality crucial to encouraging ideas to be shared.

“This makes conversations and engagement much easier and it’s been the single most powerful reason why Workplace is working for LIXIL,” says Ms Montesano. “Workplace has also allowed us to create what we call the ‘LIXIL civilisation’. We don’t want to destroy or abolish our different cultures, but what connects us is a base foundation.

“Just like the Roman civilisation was built on the rule of law and paying taxes, the LIXIL civilisation is built on belonging to the communities we’re building on Workplace. If we want to go from being a company facing commoditisation to one that’s disrupting home tech, then culture and connection are everything.”