Once the biggest coal exporting port in the world, Cardiff has transformed itself in recent years from being an economy reliant on industrial production to a booming and shiny digital tech hub.

According to Tech Nation’s
A Bright Tech Future report on jobs and skills, published in the summer, the Welsh capital is considered to be one of the fastest growing tech hubs in the UK. As of 2017, there were more than 26,000 workers in the city’s digital economy, with 21,500 in digital tech roles across all sectors, which accounts for just under half the number of people employed in digital tech throughout Wales.

Importantly, demand for Python developers in the city has grown over 3,000 per cent since 2015 and for data scientists and devops engineers has roughly tripled. 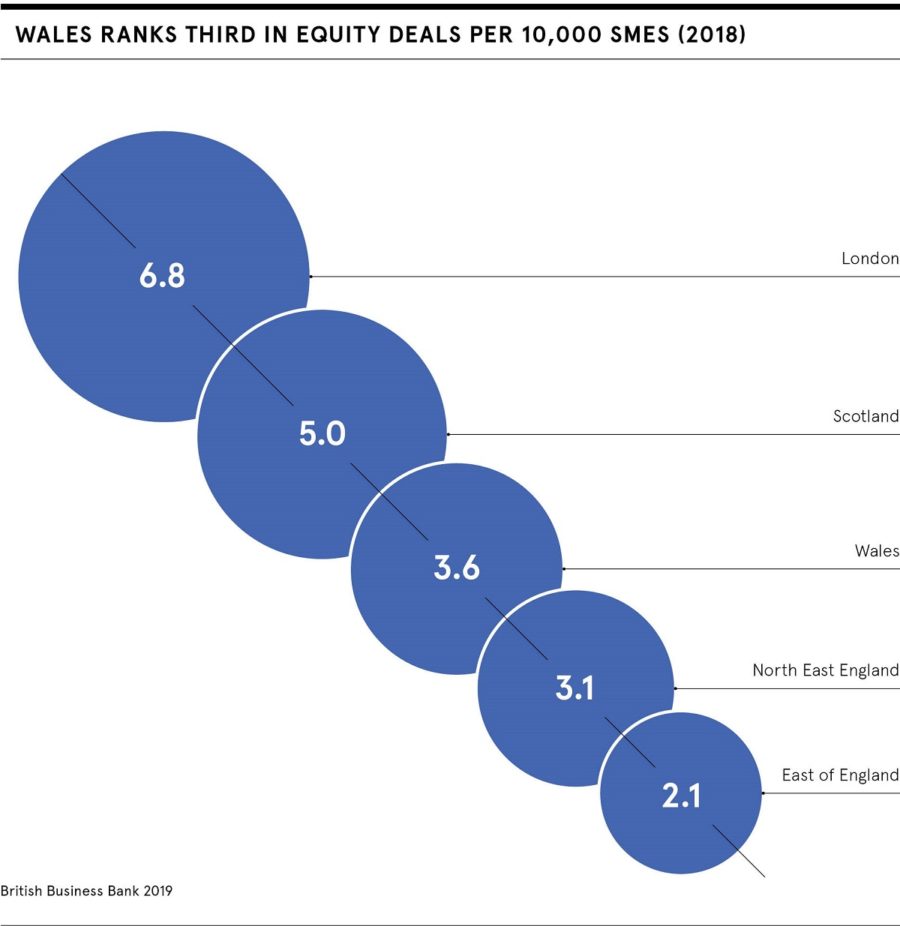 Growth is being driven in part by Cardiff’s impressive quality of life and affordable cost of living. Separate research from Tech Nation – the latest edition of its annual report on the state of tech in the UK – found that 71 per cent of startup founders and tech professionals believe these factors make the city an ideal place to start a business.

Simon Thelwall-Jones, who heads the technology ventures team at the Development Bank of Wales, explains: “As an equity cluster, Cardiff is a real tech hotspot with a thriving business community that is attracting the attention of innovative and high-growth companies.

“At the Development Bank we believe the right funding for high-growth tech companies is essential, particularly when looking to build traction, commercialise products and attract talent. As a long-term investor, our equity funding can make all the difference.”

The Development Bank of Wales works with companies from their startup stage through to exit, offering entry equity investment of between £50,000 and £2 million, and up to a maximum of £5 million per round. The aim is to give them a competitive advantage and create long-term value.

An example of a business that received its support is OpenGenius, the Cardiff-based company behind the task management app Ayoa, whose previous software solutions were relied on by employees at Apple, Microsoft and Disney, to name a few.

In 2017, it became the first Welsh company to be accepted on the London Stock Exchange’s accelerator training and networking programme. At the start of this year, it announced it had received £1.1 million in equity investment, including £500,000 from the Development Bank of Wales.

OpenGenius’ founder Chris Griffiths believes the investment will help the company expand its international customer base. The company also has aspirations to float on the stock market in the near future.

According to the British Business Bank’s small business equity tracker, there were 30 equity deals made in Cardiff in 2018. This is more than in Manchester and third behind Edinburgh and Cambridge in terms of the number of deals made outside of London.

The figures are cause for optimism. But to capitalise on Cardiff’s tech boom, there needs to be continued financial support to help innovation flourish, and attract and retain talent, hence the importance of the Development Bank of Wales.

Mr Thelwall-Jones concludes: “Attracting more venture capital, corporate and specialist investors to Wales, and supporting the development of equity clusters is what we’re all about.

“Wales really has got it all: the talent, the funding and the ambition to succeed. In fact, the number of equity investors operating in Wales between 2017 and 2019 increased by 350 per cent. That’s the highest increase in any area.”

Development Bank of Wales Plc is not authorised or regulated by the Prudential Regulatory Authority or the Financial Conduct Authority. Accordingly, neither it nor its subsidiaries are banking institutions and as such they are unable to accept deposits from the public. A legal structure chart can be found at developmentbank.wales