How blockchain will disrupt the financial sector 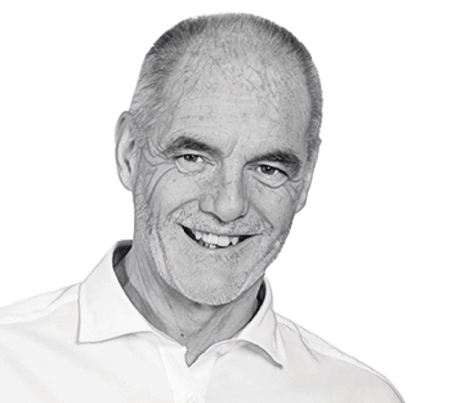 While blockchain will ultimately ensure a more efficient, more transparent, more secure financial marketplace, there will be a lot of pain along the way. I want to explain the major areas of disruption, and exactly who and what will be shaken up by blockchain.

I’m not concerned with open blockchains such as bitcoin, which is a train fast heading down a branch line which will soon crash into the buffers. Here I’m talking about private, permissioned blockchains, which is where the future of the technology lies. Adoption of this technology will impact almost every area of the financial industry. Let’s look at a few – trusted third parties, the back office, post-trade settlement, trade finance, insurance, and compliance and regulation.

The current structure of inter-bank transactions relies on a trusted third party to maintain a central ledger, which is the record of authority. Banks currently need this third party because they don’t trust each other. Who’d have thought?  When I speak of trusted third parties think of clearing houses, settlement organisations, stock exchanges.

In the blockchain world, each bank maintains its own copy of the ledger. This is identical in each case and, because it is blockchain, it is tamper proof so everyone knows that everybody else sees what they are seeing. There is no room for dispute or error. 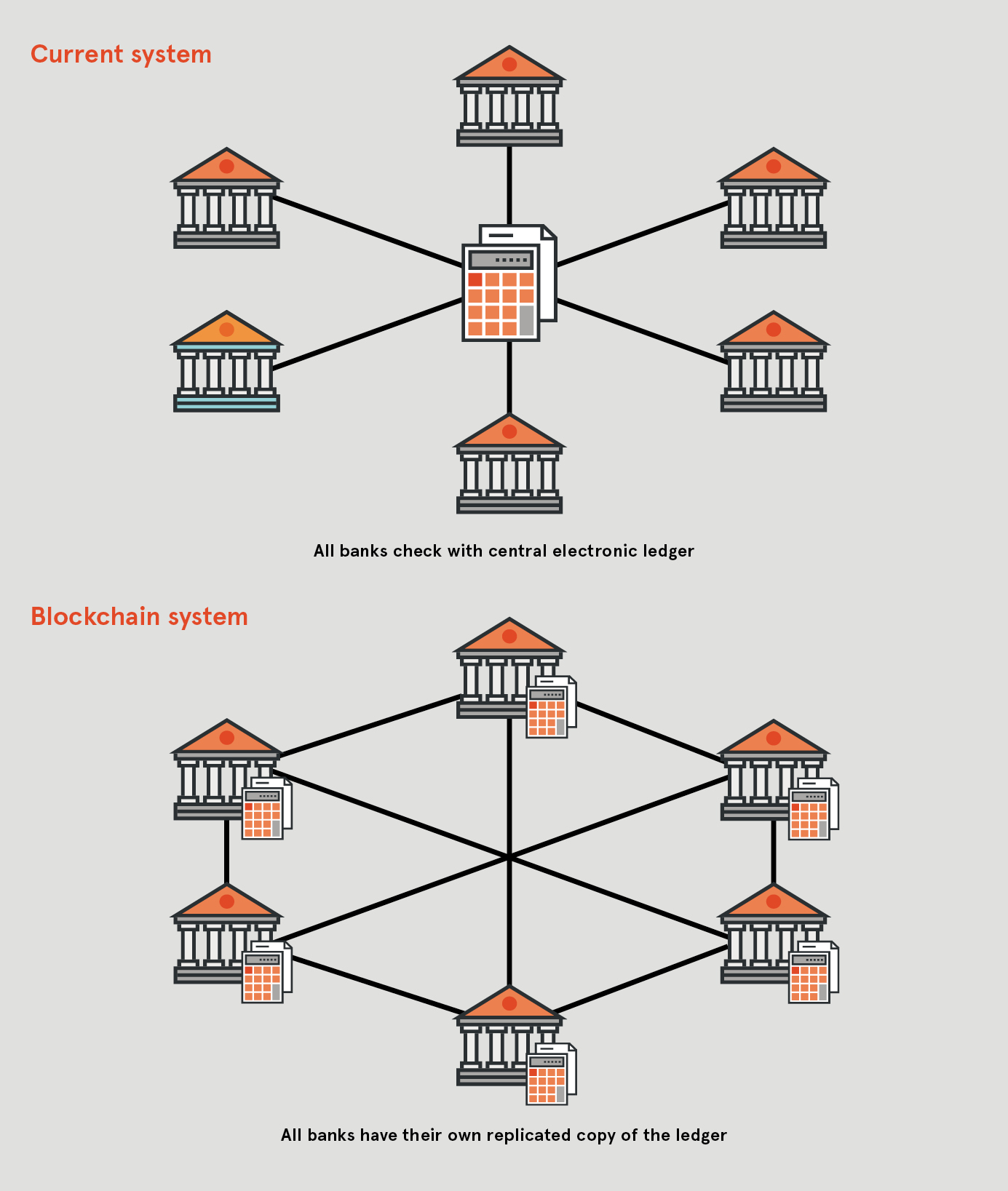 So what does this mean? Who will be disrupted in this new blockchain world?

Well it’ll come as no surprise that one of the biggest impacts will be felt by the trusted third parties.

If we look again at the two diagrams, we see when moving from the current structure to the blockchain structure that there is now a hole in the middle where the trusted third party used to be.

The role of the third party is to reduce risk between parties who don’t trust each other. They are no longer needed when everyone has the same, agreed, trusted record, which is what the blockchain ledger will provide.

And this applies as well to current, third-party virtual monopolies such as Swift. They will be superfluous and the inefficiencies characteristic of a monopoly situation will disappear.

Internal back offices and the staff within them are also under direct threat as it is no longer necessary to employ teams to author, approve and monitor transactions.

Errors are reduced with blockchain because authorisations are visible not just to transacting parties, but to any related parties such as lawyers, controllers and accountants.

This means there are no reconciliation errors and therefore no need for the current hordes of staff needed to resolve them.

Reduced staffing is one of the main reasons why Morgan Stanley believes it can halve costs via blockchain.

Because of this, UBS, for example, sees an opportunity to greatly restructure its cost base by deploying blockchain.

When it comes to post-trade settlement, again fewer staff will be needed for the same reasons as those relating to the back office.

And, because blockchain removes the need for centralised data, external third parties such as Traiana and Omgeo will no longer be required.

One of the areas best positioned to benefit from blockchain technology is trade finance.

Currently there is a plethora of parties involved in trade finance. It is a cumbersome, slow process involving many entities across the world that don’t trust each other, so more third parties, such as banks and clearing houses, are needed to mediate.

Smart contracts on a blockchain, which execute automatically, will transfer title to goods and money, remove the need for banks to provide documents, such as letters of credit, drastically cut out the middlemen and their fees, and create a trusted network of assured authority concerning the origin of the goods and products being supplied.

IBM, together with a number of banks, has recently launched a global trade finance platform and more banks are joining them by the day.

In insurance, fraudulent claims, slow manual processes, fragmented data sources and legacy underwriting models are some of the biggest challenges facing the industry.

Creating policies as smart contracts on a blockchain is ideal for insurance. This offers complete control, transparency and traceability for each claim, and could eventually lead to automatic pay-outs.

Blockchain technology will also improve risk modelling for the sector and greatly reduce fraudulent claims by capturing the origin and ownership of ships, cars, homes or any other asset.

Aegon, Allianz, Munich Re, Swiss Re, and Zurich have already launched the pilot Blockchain Insurance Industry Initiative, or B3i, to make this real.

Because they’ll have a complete overview across all markets, regulators can become aware of systemic risk at an early stage and take appropriate action at the policy level.

At the individual firm level, blockchain technology can achieve what King Canute couldn’t – turn back a seemingly inexorable tide and actually reduce the number of compliance people required within an organisation because blockchain presents an irrefutable record of every transaction undertaken.

So, there you are – a quick survey of just a few of the areas which will be disrupted as blockchain technology comes to the fore. Blockchain will have a deep disruptive effect on almost every sector of the financial industry. When combined with the implementation of the Payment Services Directive 2, or PSD2, this impact will only be greater.

In the short term, many currently working in the financial sector will be greatly affected. Whole areas of operation, mostly labour intensive, will become superfluous, as will a large number of companies that are currently “in the middle” of financial transactions. Tens of thousands of jobs will disappear.

The job of governments and financial organisations is to ensure that the damage to workers in the industry is mitigated to the greatest extent possible.

Ultimately the winner will be the consumer, who will benefit from greater efficiency, greater security and greater transparency.

The impact of blockchain will be profound and early adopters will benefit. My company Crealogix is already introducing blockchain trading systems and blockchain-compatible interfaces to its digital banking technology.

Blockchain is the future of finance and I’m excited to be making it a reality.

To find out more please visit Crealogix.com or email Mike.Bradford@crealogix.com