“What is your idea of heaven?” asked author Stephen Fry. His own dream: “The Saturday afternoon of an Ashes match at Lord’s. And his idea of hell? “The M25 on a Tuesday in February.”

It’s a relatable gripe. Traffic jams are the bane of modern urban life. And rail offers no respite. Many commuters live their own version of perfect misery every day at rush hour.

City planners have struggled to ease congestion on road and rail. The current set of solutions are largely based around building more infrastructure, which takes years and costs tens of billions of pounds. But now a new approach offers real hope, based on using data to optimise transport services and get more out of the existing infrastructure. The results have been dramatic.

Here’s an example. Like many cities, Boston, Massachusetts, wants to encourage commuters to switch from cars to trains. But commuters resist taking the train at peak hours. In fact, at 8am, as the car numbers soar, train usage plummets.

Moovit analysed the problem. Moovit’s smartphone app helps users find the best public transit and shared mobility routes for their journey. The app is used by more than 200 million users in 2,500 cities, giving it unprecedented reach. The data from each user journey, anonymised to protect users’ privacy, is collected and stored by Moovit.

Data from Moovit made it possible to see the actual commuting patterns from homes to offices across Boston. Researchers concentrated on the data along the 40-mile Worcester to Boston train line, in a radius of five miles.

The data revealed two critical insights. First, the reason train usage declines at peak hours is a lack of parking spots at the stations. The car parks are full by 7.45am. Commuters have no choice but to make their journey to Boston by car.

Second, there is no option to get to the railway station without using a car; so-called first-mile public services are poor to non-existent in the suburbs. Moovit knows this because it operates the world’s largest database of public and private transportation, and it became clear that most commuters need a car to get to the station.

This forensic travel data informed the options for city planners. They can build more car parking spaces, which is expensive — if there is vacant land. They can introduce road tolls, viewed as merely containing rather than solving the problem. Buses to transport commuters to the station might be an answer, but the data suggests few productive routes.

Or the government can introduce a subsidy for first-mile services, such as Uber and Lyft, or other options that take commuters to the station. Subsidies are commonplace in public transport, currently amounting to a trillion dollars globally, and in this case would boost rail usage even when car parks are full, and free up road space. For the first time, city planners are able to consider all options with all the data at their fingertips.

“City planners are only just realising the role data plays in improving services,” says Moovit co-founder and chief executive Nir Erez. “What shocks them is the scale and granularity of Moovit’s data.” Moovit currently gathers four billion anonymised datapoints a day from the userbase. It tracks subjects the minute they leave the house, which routes they take and when they arrive. Moovit’s information offers transport policymakers an unprecedented insight into the preferences and routes of the population.

“We find some cities are still employing students with clipboards to run surveys on commuters,”says Mr Erez. “It means they run surveys only annually or every few years. With Moovit, you learn immediately by analysing the data from tens or hundreds of thousands of individuals.”

Bus routes are being redrawn using consumer data. The buses can reflect where users actually want to go. And for cities with minimal technology budgets, Moovit’s TimePro product puts a GPS device right on buses for authorities and riders alike to access on their smartphones to know exactly where buses are. No more standing at the bus stop with no clue when the bus will arrive.

In Italy, football club AS Roma is working with Moovit to help fans get to and from the stadium more efficiently. The app integrates Rome’s transport system – roads, trams, rail and metro – and guides fans to the exact gate as well as communicating real-time transit changes. This improves journey times with fans no longer getting lost or encountering rivals.

“The best analogy is with air traffic control,” says Mr Erez. “Airports use real-time data to manage flights as they take off and land. The flight pattern is optimised to allow for tight schedules. Can you imagine an airport without an air traffic control system? The flights would be a tenth as frequent. Passengers would be in misery. Chaos would reign.

“It is the same with cities. They need to know the demand for mobility from all their citizens and the supply of all forms of mobility, supplied with real-time data. When they do that, like airports, they can increase transport efficiency without increasing infrastructure.”

The need to use data to optimise city transport will only intensify as new mobility services go mainstream. Autonomous cars, scooters, cycle schemes and ride-sharing, will need to be factored into city plans. It won’t be easy.

City planners keen to adopt a data-led approach will discover simplicity and depth from Moovit’s cloud-based products. Within minutes of logging on, city planners can begin to explore the movement of citizens and start reshaping services.

“The challenge for cities is profound,” Mr Erez concludes. “As demand grows, roads will get more clogged. Simply building more infrastructure is hugely expensive. A single road or train line can cost billions. The solution is to use data to maximise existing infrastructure. Data can help you keep roads clear, help you improve bus and rail schedules and routes, and make decisions based on fact, not intuition. The cities of the future will all run on data. We are only just exploring the potential.” 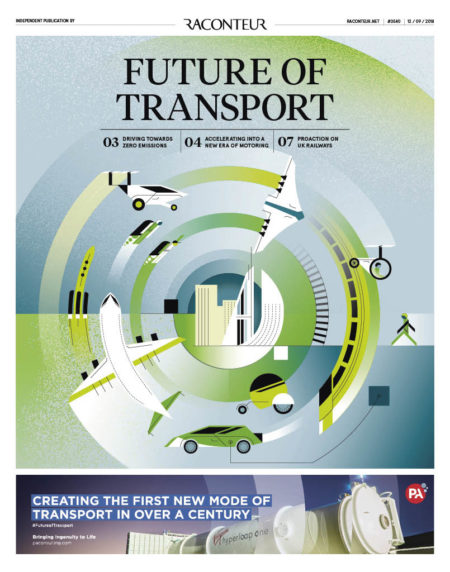