With the energy sector experiencing a long-awaited digital transformation, it’s not the Big Six providers leading the charge to greener energy, but rather innovative technology startups 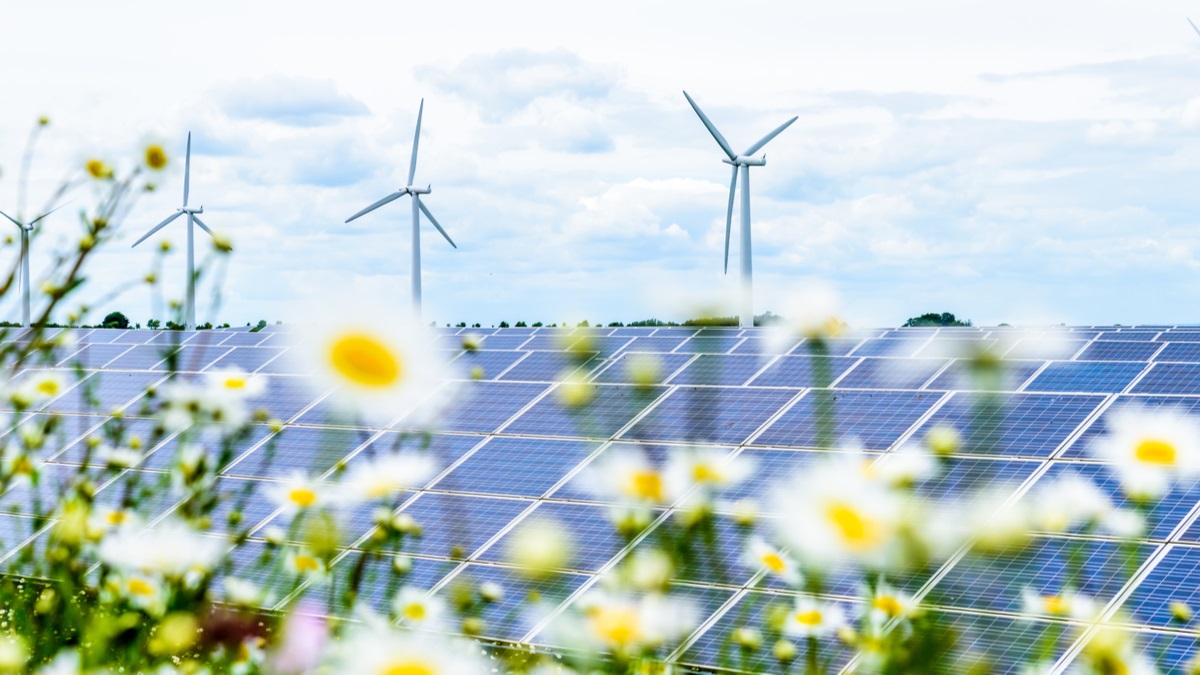 UK investment in solar and wind over the last decade has made it a world leader in green energy, a shift necessary to meeting a goal set by the government to bring all greenhouse gas emissions to net zero by 2050. Energy suppliers have a major role to play in accelerating the transition from conventional energy like coal and gas to renewables and, with an industry traditionally dominated by the Big Six, the actions of these legacy organisations have largely dictated the pace at which the wider country is able to move.

Green subsidies from the government may have provided enough incentives to cement the UK’s position as a green leader, particularly in the area of offshore wind power, but despite almost half of electricity now being clean, there is still a long way to go. Fortunately, energy technology (entech) pioneers such as Octopus Energy are now leading from the front.

Cutting-edge innovation from energy startups is crucial to steering the UK confidently into the bold new world of green energy because, like in any industry, larger organisations are often weighed down by archaic systems and processes which leave them lagging behind when it comes to tech adoption and digital transformation.

Meeting decarbonisation goals requires a change from predictable generation such as coal, which more or less involves turning a plant on and off, to wind, hydro and solar-powered energy whereby thousands of sites generate a variable amount depending on local conditions. 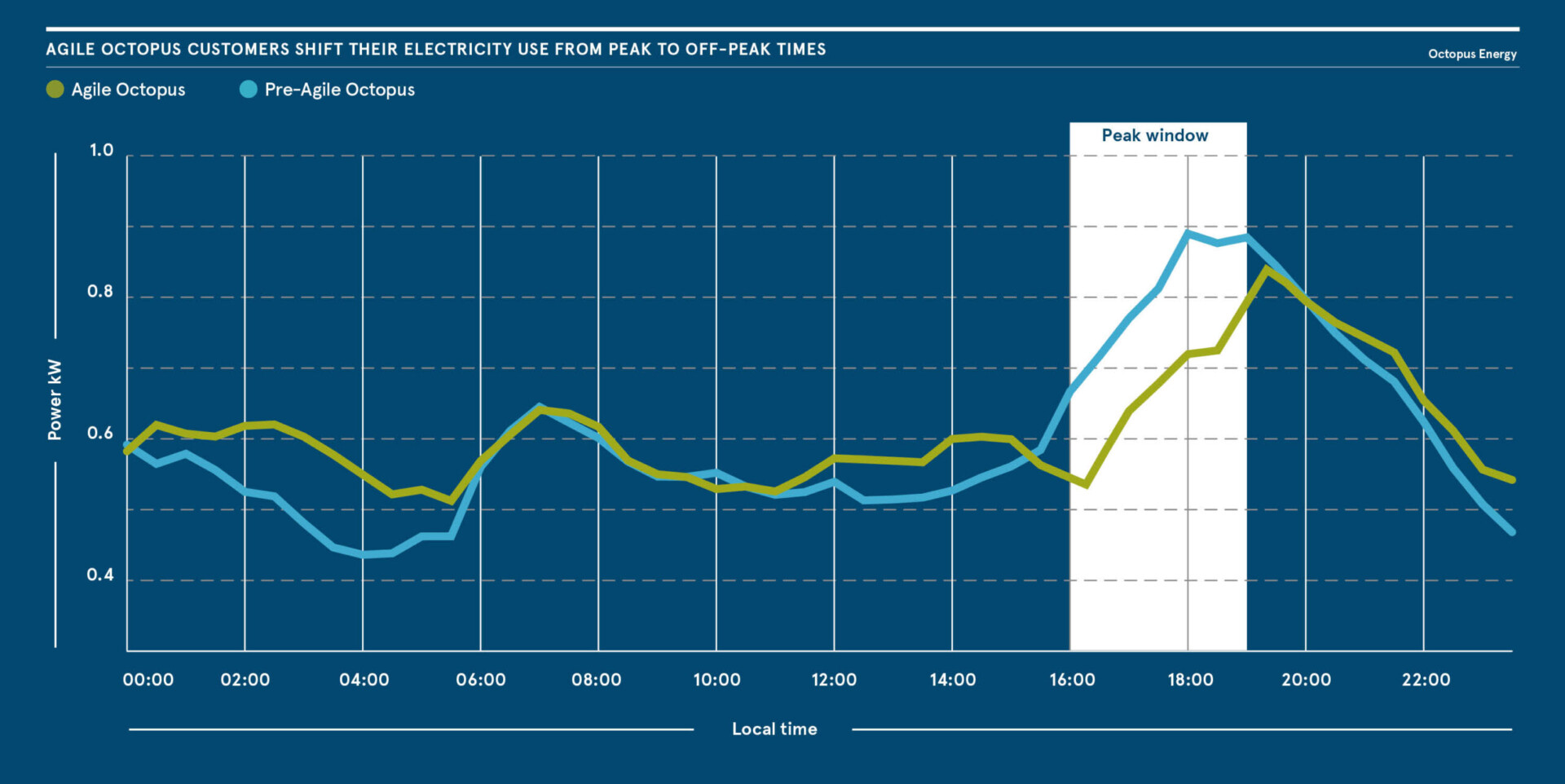 Meanwhile, the biggest sources of consumption are shifting from the likes of cookers and dishwashers to electric vehicles. Electric heating is likely to become the norm too, supported by super energy-efficient heat pumps capable of converting 1 kilowatt-hour (kWh) of electricity into 3 to 4kWh of heat.

Traditional energy suppliers have said the technology needed to support this transition is complicated and expensive. “It’s a reason to drag their feet,” says Greg Jackson, founder and chief executive of Octopus Energy, one of the UK’s leading energy technology firms and renewable suppliers.

“Google processes more data in an hour than the future energy system will do in a year. We’ve seen it happen in other sectors. Remember when delivery firms said a two-day parcel delivery was complicated and soon Amazon could get a parcel to you in two hours?

“Like any emerging technology, the cost falls every year. Energy suppliers just cannot get away with saying the costs of green energy are prohibitive anymore. It’s now cheaper just to build new renewable generation than to keep running existing fossil fuel plants.”

Jackson, whose professional background is in technology, not energy, has installed a tech startup mentality at Octopus Energy which has allowed the company to see with much greater clarity how the industry can be improved. He points to Uber and Amazon as examples of companies that were able to disrupt their respective industries despite not being founded by cab drivers or bookstore owners.

It was pretty easy for anybody with a tech mindset, he says, to see that digital innovation could be much better utilised in the energy industry to transform the customer experience, drive costs significantly down, handle orders of magnitude and more data, and ultimately make systems greener.

Octopus Energy’s mission is to bring consumers greener, cheaper and more transparently priced energy, powered by technology. Since launching five years ago, it has already reached 6 per cent UK market share, serving about 1.7 million customers. That number is growing by around a million a year.

“That scale lets us change the market and we’ve used it to challenge how consumer pricing works,” says Jackson. “We are now big enough to be able to tell the government they need to ensure people can access cheap green electrons when the wind is blowing and the sun is shining. A person’s energy costs shouldn’t reflect the exploitative business model of an energy company, but rather the genuine cost of getting it to them.”

Introducing tariffs with a dynamic approach to energy pricing has allowed Octopus to transform how the energy system works in the UK. Its Agile Octopus tariff ushered in the world’s first half-hourly energy prices, which sees household bills drop when wholesale energy prices do, incentivising households for using energy outside peak hours.

A person’s energy costs shouldn’t reflect the exploitative business model of an energy company, but rather the genuine cost of getting it to them

Over 12 months, a typical UK family would have saved £210 on the Agile Octopus tariff, compared to the average Big Six variable tariff, and another £120 by shifting electricity usage to off-peak times. Meanwhile, the Octopus Go tariff allows electric vehicle owners to charge when energy prices are at their cheapest.

All this is enabled by a technology platform Octopus built in-house, called Kraken, which enables the company to deliver a better customer service, but with much lower operating costs. The industry-leading platform is so pioneering that other energy companies are now queuing up to license it, something Octopus is happy to do to accelerate the transition to green energy, not just in the UK but around the world.

The technology has already been licensed in the UK to Good Energy and E.ON, which also owns Npower, as well as two energy companies in Australia. In addition, acquisitions of green energy suppliers 4hundred in Germany and Evolve Energy in the United States will see Octopus’s Kraken innovation spread even further. By working with others, Octopus Energy expects 100 million energy accounts on its platform globally by 2027.

“That will drive the adoption of super-efficient energy and great customer service, but most importantly enable the low-carbon system to be brought to fruition much sooner than if we kept the technology to ourselves,” says Jackson. “Meanwhile, as a business we can invest the revenues we get from that licensing into bringing our greener energy to countries around the world and in leading the move to a sustainable, green energy future.”