Ever since the 2008 financial crisis shook the global economy to its core, capital markets have been operating under much greater scrutiny 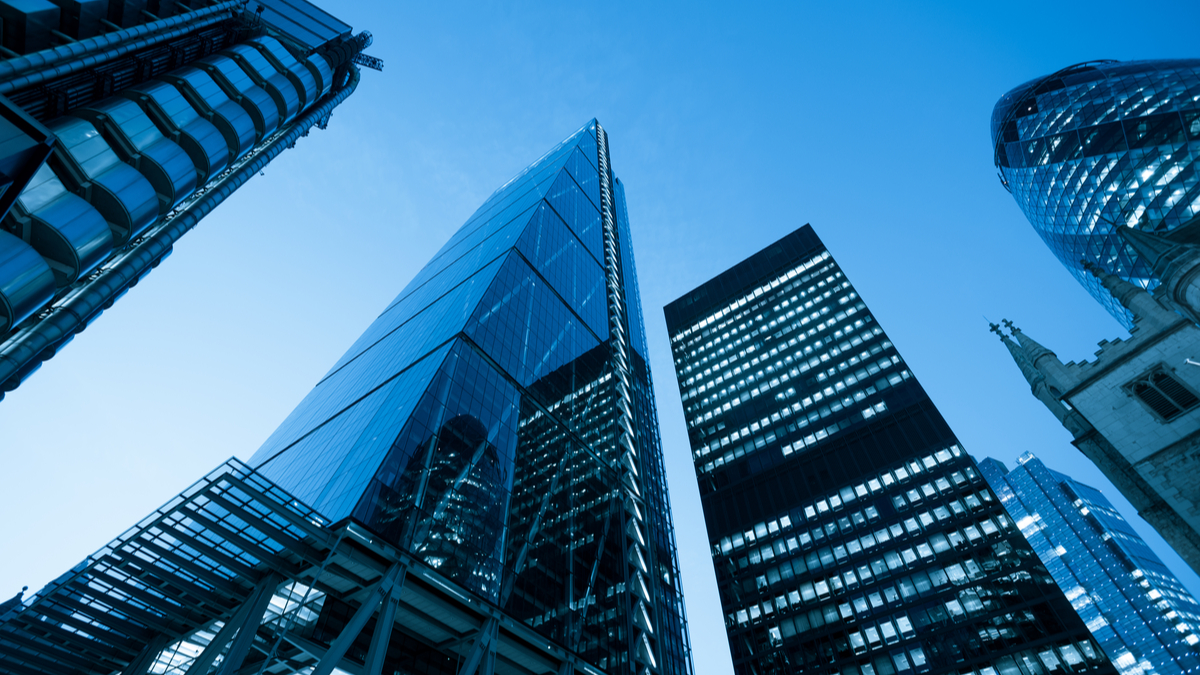 In an environment of tighter regulatory constraints, low interest rates and sluggish economic growth, capital markets have faced increasing pressure to demonstrate both their viability and profitability.

While capital markets have been slower than some of their financial services counterparts to embrace innovation, the need to utilise new capabilities and think beyond the traditional business model has grown too compelling to ignore.

According to James Arnett, partner and UK head of capital markets at Capco, the question for capital markets is no longer whether to invest in innovation, but how to do so effectively and to their best advantage.

As capital markets move beyond the regulatory agenda which has dominated the industry for the past eight years, Mr Arnett believes there is a definite shift in mindset towards revenue enablement initiatives, as well as renewed focus on cost reduction. Through the implementation of next-generation technology, spanning micro-services, cloud and grid technology, banks will be able fully to harness the true power of data.

Mr Arnett explains: “Historically, capital markets have developed new products only after recognising a gap in the market or the opportunity to create a margin, rather than deliver a data-driven proposition that anticipates what clients may need. Leveraging next-generation technology will reduce costs and enable banks to understand and commercialise the wealth of data they have to help them better anticipate and meet the needs of their consumers.”

He expects investment banks increasingly to move to a model where they create alternative products and services based on trends they see in the transactions their clients make, as well as general market movements.

At a time when margins has become a leading watchword, there are only two ways for investment banks to remain profitable: shredding costs and embracing innovation. And that means self-disruption.

According to Kim Sgarlata, partner at Capco: “Focusing on what you’re good at, and continually looking to improve and build upon those assets, is something we widely see in other industries, but need to see much more in the capital markets space. Innovation should be a tool used to help banks maximise their potential.”

In the face of rising competition from startups, the need for banks to play to their strengths is key. Arguably the greatest loss for banks to competitors will not be from revenue, but data. The trend is already firmly underway in the retail market and, while the threat will be less invasive in capital markets due to the different nature of the beast, banks cannot afford to be complacent.

Jibran Ahmed, head of research and development at Capco, says startups will begin by taking small slices of business, for example by offering a faster, cheaper foreign exchange capability, rather than offering a full suite of capital markets products to rival legacy banks. But this move will have a detrimental impact on a bank’s view of its client.

Mr Ahmed explains: “In this scenario, an incumbent would lose sight of certain transactions, in which their institutional client is engaging. This could reduce their ability to utilise next-generation data analytics to offer suitable products, such as hedges and interest rate swaps, at the opportune moment. This loss of data and the associated insights could be substantial for future growth, particularly in a world where new entrants are nimble, data-driven organisations capable of extracting valuable insights from their data.”

Technologies such as blockchain, machine-learning and artificial intelligence are attracting lots of attention from the capital markets sector. However, the successful implementation of these technologies and the realisation of the touted benefits will be heavily dependent on how they are applied. This includes careful consideration of the types of problems they can solve, curating the relevant data and fostering a culture where new technologies can be implemented safely, pragmatically and with more agility than most banks are capable of today.

Mr Ahmed says: “While realising the benefits of blockchain technology is still several years away for capital markets, machine-learning can offer significant benefits in the very near future. Banks can identify patterns across data sets and accurately predict potential scenarios ahead of time. In addition to customer-facing use-cases, machine-learning can be used to enhance the automation of many time-consuming tasks that plague the back offices of incumbent banks. It can also enable smarter, faster decision-making in complex areas such as risk and collateral management.” 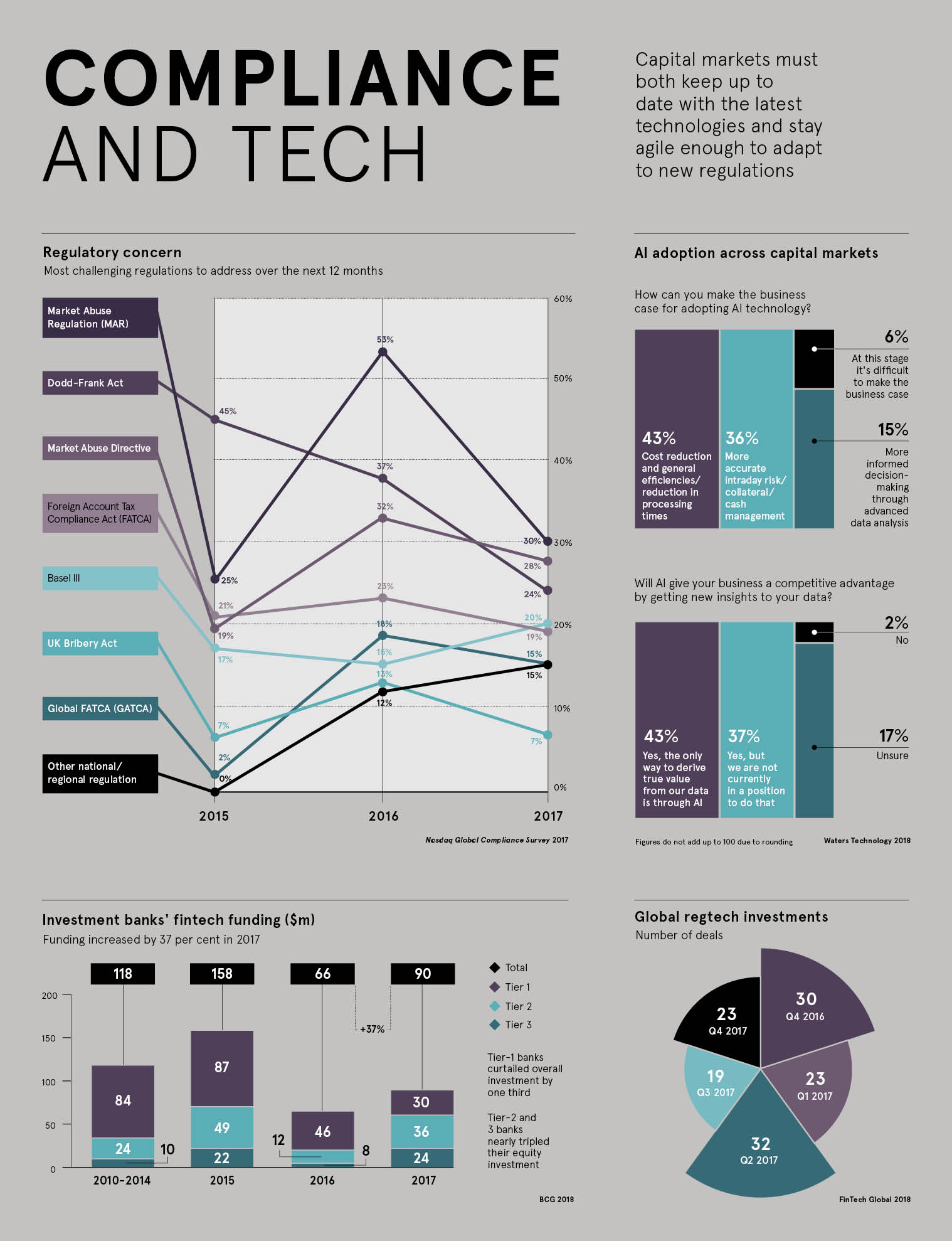 Ms Sgarlata points out: “The way forward is collaboration with fintechs, rather than competing with them. Banks should embrace fintechs as partners and create a trusted partnership network. The concept of open innovation, where you look beyond your own four walls for inspiration and input, will ultimately make banks stronger, leaner and better prepared for future changes to the markets.”

Exactly where the market is headed in terms of regulation remains an unknown. However, given the current political climate, with the outcome of Brexit negotiations and the impact on the UK financial services market still posing a huge question mark, the effects of capital and collateral optimisation have never been more important.

Ms Sgarlata says: “Many of the larger banks are sitting on a gold mine of data. The most successful ones will be those who analyse and commercialise that data by making use of their findings to better serve their clientele.

“While there is no mandate to share data between investment banks, if someone finds a compelling use-case, which offers significant benefits to the banks or their clients, adoption will be forced through the need to compete.”

Banks should begin to explore the idea of working together to create a new ecosystem in which they buy, sell or even share services with each other. This would create higher standards for the industry and provide the best solutions to customer. But to be able to respond to future changes in the market and harness innovation to its best ability, banks must also adopt a more agile way of working, with greater cross-team collaboration.

According to Ms Sgarlata, innovation is not limited to technology and processes, but can disrupt and improve the base business model.

She says: “Over the next three years, banks should be focused upon transforming their workforce as part of their innovation process. They need to begin reinvesting in their people, including the ways in which they work and the environments they work in. This builds a culture that recognises the value of staff while simultaneously improving retention.”

Arguably one of the greatest hurdles facing legacy banks is their legacy architecture and culture, which limits their ability to implement changes swiftly.

Mr Ahmed explains: “The issue you have with legacy architecture is that a change in one system may have a domino effect across other systems and business functions.”

Capital markets are undoubtedly entering a new era. A rise in entrepreneurship, maturing markets and growing financial globalisation mean the demand for capital markets will remain strong, but only those who embrace innovation and a new way of working will flourish.