Brummie? Daydreamer? X Factor wannabe? There are some things you can do to improve your driving. And some things you're stuck with. Leading telematics solutions provider Traffilog shines a light on some common, and some downright strange, driving mistakes 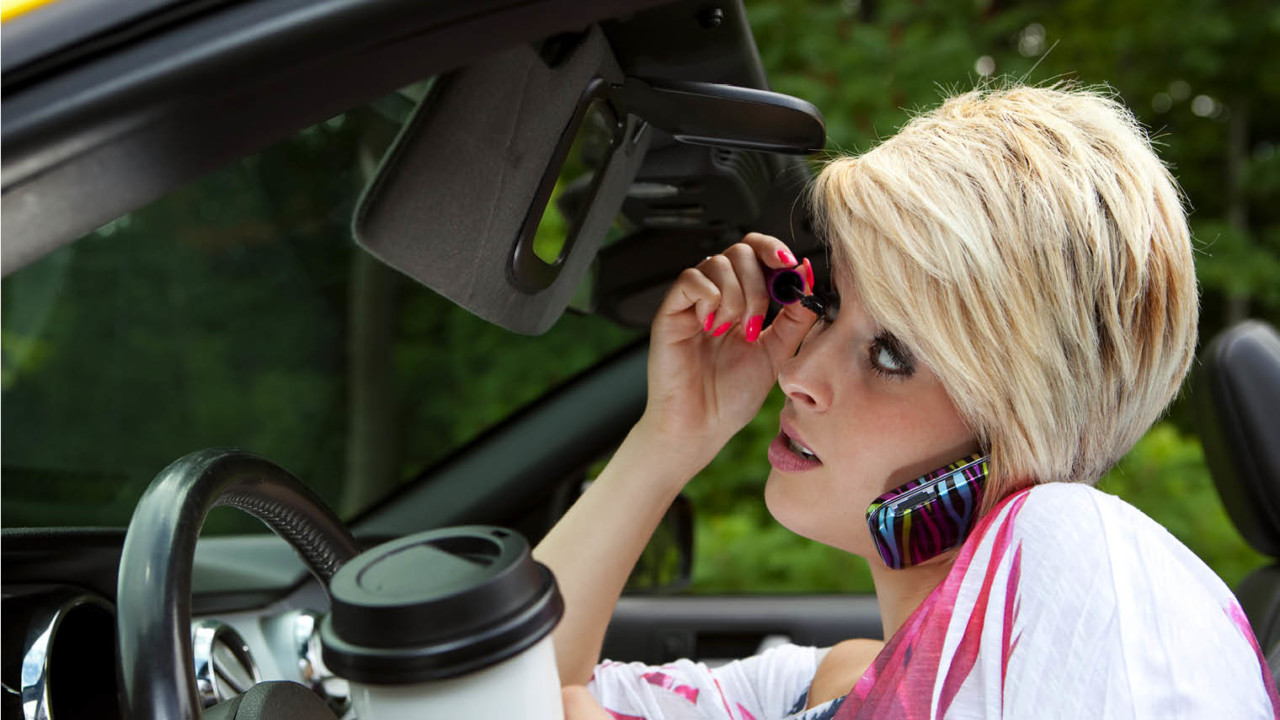 Journeys are more fun with a tune, but even when singing a song you know by heart, your brain has to work to remember the melody and the words. That makes it harder to react to danger. A Canadian study found people took up to 20 per cent longer to perform physical and mental tasks to loud music. So leave the crooning to Coldplay and concentrate on the road.

Driving while in pain will affect your ability to react to danger. In a driver simulation, researchers found drivers with a cold are more easily distracted, react more slowly and are more likely to tailgate. So next time your boss says a cold isn’t a good enough reason to miss work, say you’re just being a responsible driver by staying home.

A study into which zodiac sign has the worst drivers indicated that Geminis are involved in the most accidents by far, followed by Taurus and Pisces. Overall, Capricorns are the safest drivers, with the least accidents and tickets. So next time you hop in a taxi, be sure to ask the driver his star sign.

Unhappy drivers make bad drivers and Birmingham has been revealed as the city most of us dread driving in with Gravelly Hill Interchange, otherwise known as Spaghetti Junction, identified as traffic hell.

Last March, an Australian research team came to the conclusion that almost nothing is more distracting while driving than having children along for the ride. During a 16-minute car journey, parents will take their eyes off the road for an average of three minutes and 22 seconds to deal with their children. Many will adjust their rear-view mirror to see their children in the back seat rather than what’s going on behind the car.

When a small town in the Netherlands got rid of most of their road signs for the Naked Road project, their traffic deaths plummeted. Drivers tend to pay less attention to what is happening on the road when they have a higher number of traffic signs directing them where to go. Fewer traffic signs means drivers concentrate more on where they are going. More towns are now considering removing some of their road signs.

A 2010 study by an insurance company found that 44 per cent of lawyers who applied for car insurance admitted to being in at least one previous accident. Other groups that made the top ten were financial professionals, nurses and dog groomers.

Even though it has been illegal to hold a phone while driving for many years, almost 8,000 drivers were caught using a mobile behind the wheel in November, during a week-long crackdown by UK police, who issued more than 40 fines an hour.

When an insurance firm studied 65,000 fatal crashes over a two-year span, it found that 62 per cent were blamed on daydreaming – five times as many as talking or texting on a mobile phone. Most drivers would admit it’s not unusual to find themselves a mile down the road with no recollection of getting there.

11 NOT KEEPING YOUR DISTANCE

This is a basic mistake and one of the most common. You should allow a two-second gap between you and the vehicle in front on roads carrying fast-moving traffic and in tunnels where visibility is reduced. The gap should be at least doubled on wet roads and increased still further on icy roads. To help drivers keep their distance, Traffilog can monitor the time between accelerator and brake via its T Safe driver skills profiling.

Familiarity brings complacency, which includes driving a route we know by heart. You are more likely to do something that causes an accident on the way to work than you are taking a road trip. When following a new route, your brain stays engaged and allows you to react better. Traffilog’s route-scheduling system can help mix it up, with the added benefit of avoiding the traffic.

Drive too fast and your reaction time suffers. The risk of death is approximately four times higher when a pedestrian is hit at 40mph than at 30mph. Traffilog’s driver data terminal features “heat maps” that clarify speed limits and teach drivers which roads they repeatedly speed on.

Drowsy driving is the dangerous combination of driving and sleepiness or fatigue. This usually happens when a driver has not slept enough, but it can also happen due to untreated sleep disorders, medication, alcohol or shift work. Traffilog can identify drivers most at risk and deliver targeted training tutorials.

15 NOT MAINTAINING YOUR VEHICLE

Poorly maintained vehicles cause thousands of crashes each year. The bill for accidents resulting from unperformed maintenance is enormous. Even if you are lucky enough to avoid a collision, putting off maintenance is likely to reduce your car’s lifespan. Traffilog connects you with live reports on the health of your engine so you’re kept up to speed on the health and maintenance of your vehicle.

“At Traffilog, we are harnessing the latest tech that increases driver awareness and makes driving safer. For the first time, drivers are at the centre of the solution, freeing up their time for other duties,” says Yon Copitch, managing director at Traffilog UK.

To improve safety in your fleet, please get in touch at www.traffilog.com 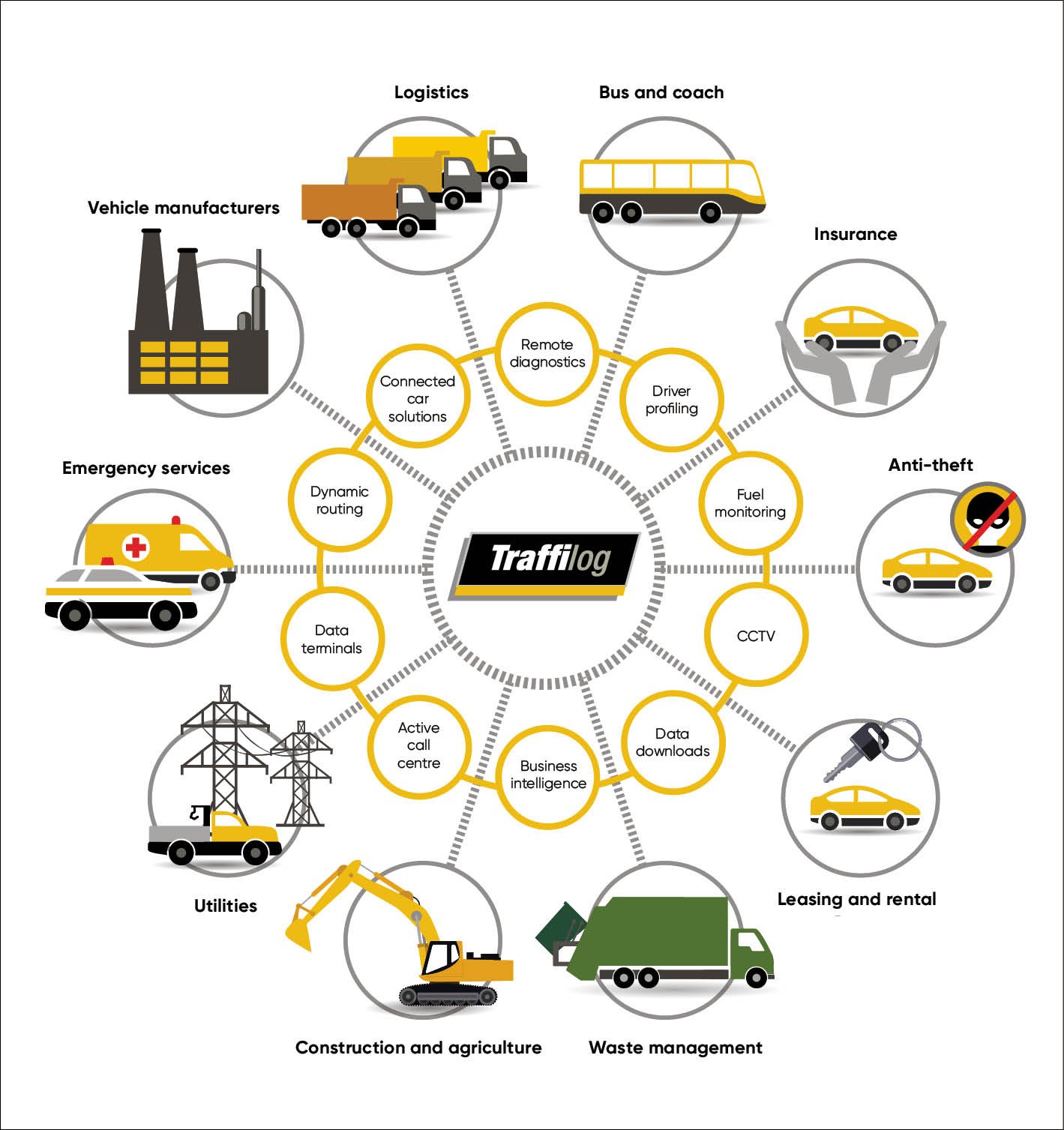