Startups are using smart technology to overhaul financial services, with traditional players racing to catch up. In the process, many of these fintech companies are bringing about a sort of democratisation of finance.

Middle men are being cut out, prices are coming down and once exotic opportunities to invest are becoming mainstream.

“Financial services are kind of the last bastion of unreformed business,” says Matt Cooper, co-founder of new startup, app-only bank Tandem. “Technology hasn’t touched it very much; product innovation hasn’t touched it. We found ourselves looking at that and thinking gosh there’s got to be something better than this.”

Yann Ranchere, a partner at fintech-focused venture capital and advisory firm Anthemis, says: “You have genuinely new products giving access to parts of the financial system that you couldn’t access before. Crowdfunding is an example.”

Platforms like Crowdcube and Seedrs let investors take a small equity stake in promising startups from as little as £10. Fundraising at this scale was simply not economically viable in the past; imagine the man hours it would take to drum up the required money. But these new platforms act as a lightning rod for a “crowd”, giving companies immediate access to a critical mass of investors.

Crowdcube’s members have backed businesses such as Camden Town Brewery and startup bank Mondo. In the past these early-stage investment opportunities would have been available only to so-called business “angels”, high-net-worth individuals who could spare the odd £100,000 to get a business off the ground. 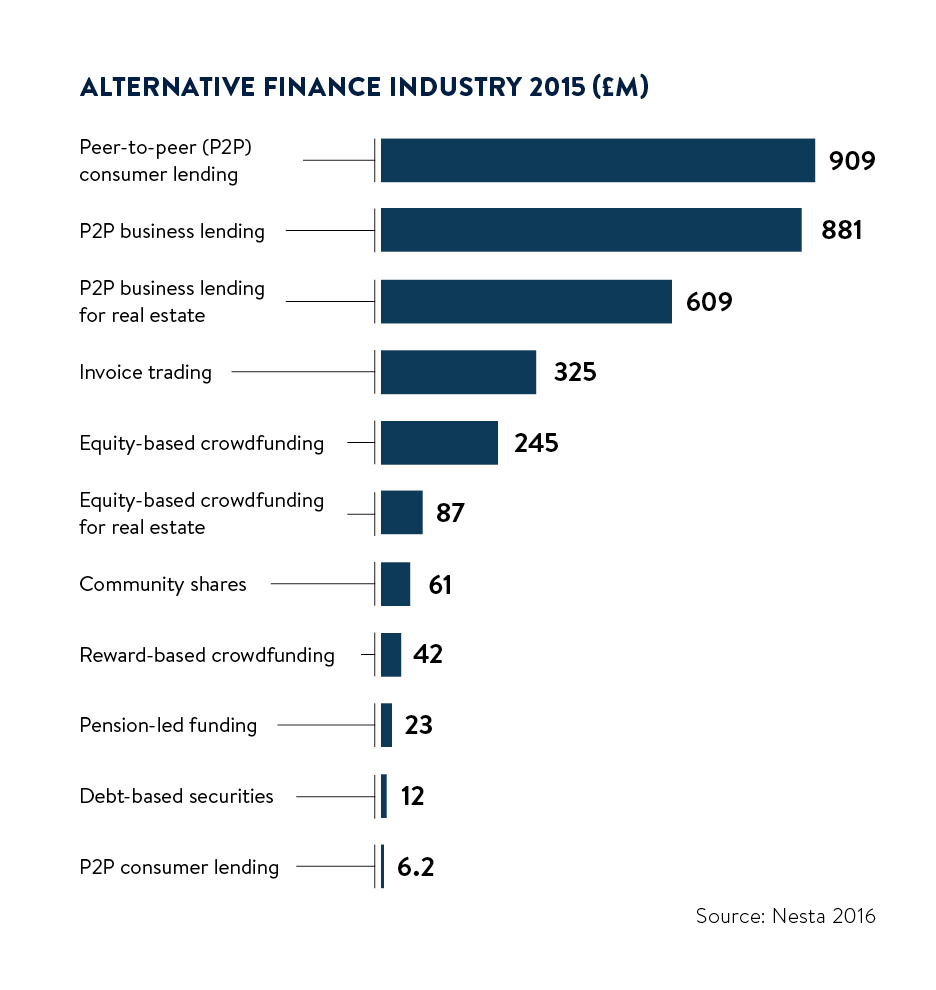 Arguably the earliest example of the democratisation of finance in the UK was peer-to-peer lending. It was pioneered by Zopa, which launched in 2005.

Peer-to-peer platforms allow investors to lend money directly to either small and medium businesses or to individuals at attractive rates, averaging 7 per cent across the sector. What’s democratic about this? Traditionally a bank would sit in the middle: a saver deposits money with, say RBS, and RBS takes that money and lends it out to whoever needs a loan. The bank makes its money from the difference in interest rate offered to savers and charged to borrowers. With peer-to-peer lending, that margin is transferred directly to consumers.

Peer-to-peer platforms lent £2.2 billion in 2015, according to the Peer-to-Peer Finance Association, double the total lent in 2014. Leaders in the space include Funding Circle, RateSetter, MarketInvoice and Assetz Capital.

This model of online direct lending is now being tailored to more specialised markets, giving ordinary investors wider opportunities. LendInvest, for example, lets investors finance short-term mortgages. More than £640 million has been lent on the platform and investors can get average annual returns of around 5 per cent.

Startup WiseAlpha is hoping to bring peer to peer to the corporate loans market, one of the most exclusive markets in high finance. Large corporations will borrow money from big funds and banks, but the sums mean only the largest players ever get access to these deals.
“Really it’s an exclusive club of 150 or so big funds and big banks who just operate in this market,” says WiseAlpha founder Rezaah Ahmad. “It’s really archaic.”

Mr Ahmad worked on these deals at Deutsche Bank before leaving to set up WiseAlpha. The platform lets retail investors buy small chunks of these big loans with returns of between 5 and 8 per cent.

Other examples of fintech startups using technology to open up opportunities to the mass market include online investment platform Nutmeg, which gives investors access to wealth management services from as little as £1,000. Normally you would need at least a hundred times that amount. Newer so-called robo-advisers do something similar, using algorithms to recommend investments based on your means and goals.

“The other side [to democratising finance] is making the finance user first,” says Anthemis’ Mr Ranchere. “[US digital-only bank] Simple was a good example of that. Their earliest pitch was a bank that doesn’t try to screw you.”

Simple was founded in Portland, Oregon, in 2009 with a customer-focused approach. That helped it sign up customers at a cheaper rate than big banks. From a standing start it grew to deposits of $64 million by the end of 2013 and was acquired by Spanish banking giant BBVA a year later for $117 million.

“The relationship banks tend to have with you is usually adversarial,” says Tandem’s Mr Cooper. “I make more money from you if you make bad decisions – if you spend more than you can afford, if you go over your credit limit, if you don’t save. It’s a little bit like going to the dentist and he tries to sell you jelly beans because he makes more money when you have cavities.”

Simple side-stepped this adversarial model, putting customer needs first to everyone’s benefit. Tandem is one of many Simple-imitators that are trying to build a bank around the needs of today’s empowered consumer.

Tandem is a “fundamentally different proposition” to traditional banks, Mr Cooper says. The app will monitor your spending and tell you when to switch tariffs on things like your mobile contract or gas bill to help you save money. It will be “this always on-duty 24-hour financial partner to you, somebody who can take care of you”, he says. 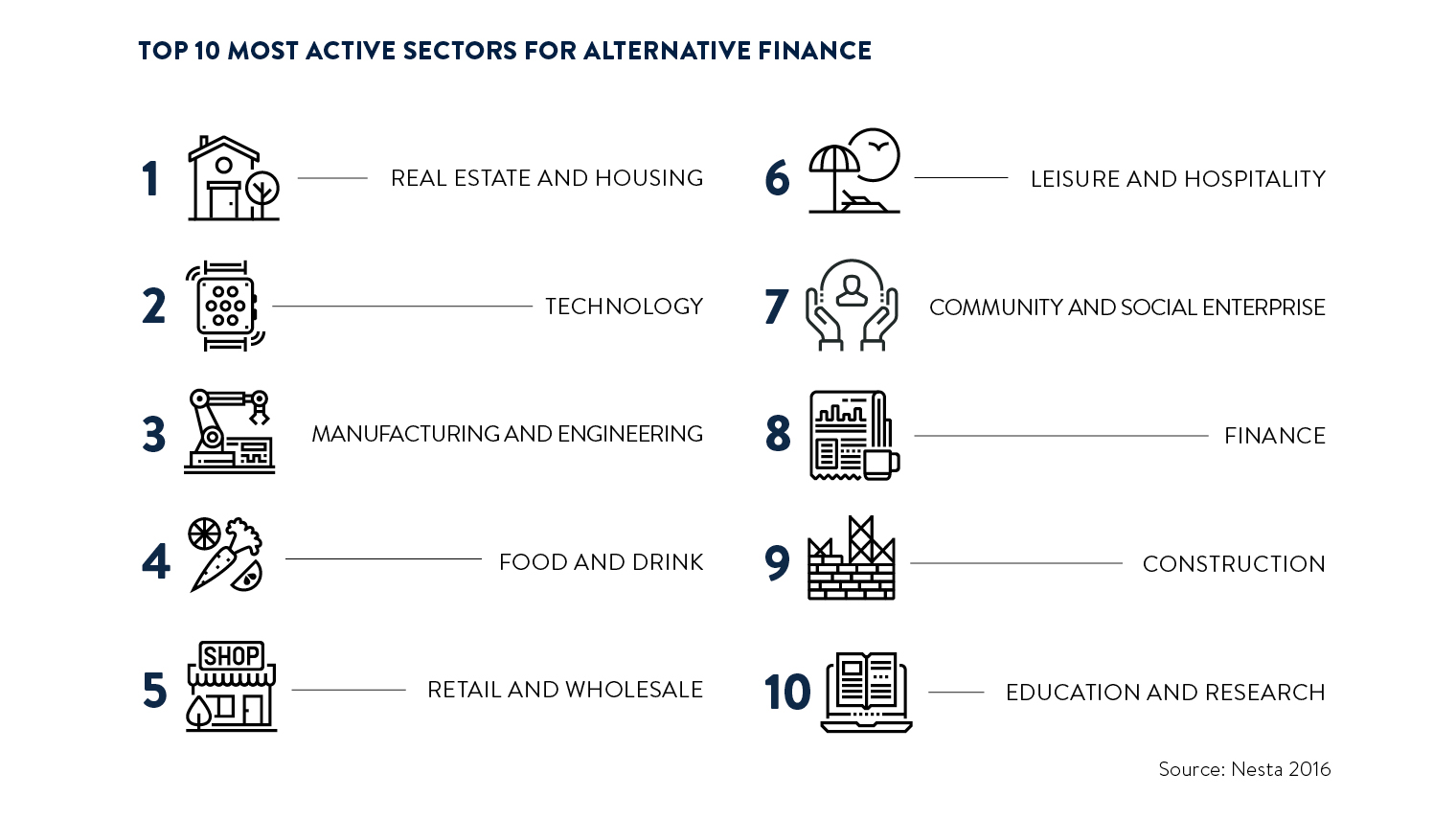 Others trying to build similar customer-focused, digital-only banks include Mondo and Starling in the UK, and Number26 in Germany.

“The ground is fertile which is why you see so much fintech innovation,” says Mr Cooper. “Customers are probably more fed up than they’ve ever been before coming out of the last financial crisis. The regulators are much more encouraging than they have been before about bringing in competition.

“It doesn’t mean it’s easy, but we have found them to be really helpful and the process has been much easier than when I tried to do this 20 years ago.”

Mr Cooper was one of the co-founders of US credit card company Capital One in the 1990s, which used data to offer credit to people who had traditionally been rejected.

“That was set up on the premise of understanding customers better,” he says. “It wasn’t really a customer-focused business that we were trying to create. It was more of a profit-maximising business, although it didn’t do bad things to people.”

There is debate in the industry about whether businesses such as Tandem are really innovating. Will they be able to find new ways to make money or are they simply repackaging traditional banking? It is too early to tell.

There are also arguably big risks with some of the new investment opportunities offered by this democratisation of finance.

Crowdcube has in recent weeks seen two high profile collapses of companies that raised money on its platform, most recently a solar panel company that raised almost £1 million last year.

There’s an argument that these types of upsets are a bigger financial shock to ordinary investors than for professional investors or institutions that once controlled these deals.
But at least retail investors now have the choice to risk their money – the upside is they may end up making a lot more of it.

Crowdcube
Exeter-based Crowdcube is the UK’s biggest crowdfunding platform and lets people invest in startups from as little as £10. Not only does it bring the investment level down to an affordable level for ordinary people, the platform gives people access to deals normally reserved for venture capitalists and rich businessmen. Since setting up in 2011, Crowdcube’s community of more than 280,000 UK investors have invested over £160 million in 400 different companies.

Nutmeg
Nutmeg gives customers access to high-end wealth management services for as little as £1,000. You’d normally need at least one hundred times that much to get investment managers interested. The startup was set up in 2011 by Nick Hungerford, who worked in wealth management in the City for Brewin Dolphin and Barclays. The startup has grown 37 per cent since the beginning of the year and says it “manages hundreds of millions of pounds for tens of thousands of customers”.

Funding Circle
Funding Circle lets consumers lend directly to small and medium-sized businesses, with average annual returns currently estimated at 7.1 per cent. More than £1.2 billion has been lent over Funding Circle’s platform since its launch in 2010 and the UK government is even a lender. The company has a presence in the US and launched in Germany, Spain and the Netherlands through an acquisition last October. It was valued at more than £650 million in a £97-million funding round last year and has raised over £186 million to date.