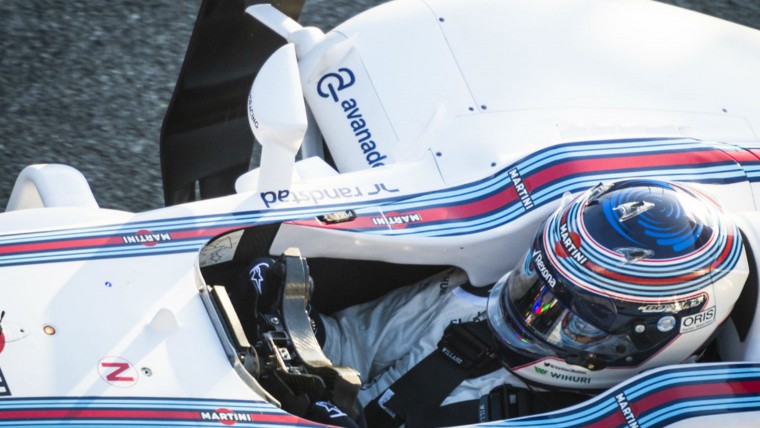 Twenty years ago, British racers Williams were the Formula 1 team to beat, having lifted titles with superstar drivers such as Nigel Mansell and Damon Hill. Since then the team’s performance has sharply reversed, but a series of smart decisions has boosted Williams’ chances. So much so that F1 chief executive Bernie Ecclestone says they are now the “biggest challenger” to last year’s champions Mercedes. It is no exaggeration.

Williams was founded in 1977 by team principal Sir Frank Williams and former engineering director Patrick Head. The team went on to win nine championships, making them the second most successful outfit in F1, but Williams’ title-winning days are little more than a distant memory now.

Williams last won the championship in 1997 and just a decade later had slipped to fourth in the standings. The worst was yet to come. The team’s results hit a record low in 2011 when they finished in ninth place with just five points. Two years later Williams did no better, but took four decisive steps to turn its performance around.

The first came in March when Sir Frank’s daughter Claire was promoted from marketing director into the role of deputy team principal. She knows the team from the ground up and soon put this knowledge to good use. Three months later she was joined on the board by Williams’ new chief executive Mike O’Driscoll, the skilled former managing director of luxury car manufacturer Jaguar.

To boost Williams’ chances on track, their existing young driver Valtteri Bottas was paired with the more experienced Felipe Massa, who came from Ferrari where he missed out on the championship by just one point in 2008. The Brazilian remained with Ferrari for a further five years, making the podium 36 times and winning 11 races.

O’Driscoll also made a significant appointment to Williams’ engineering department in July 2013 when Pat Symonds, who has worked on four championship-winning F1 cars, became the team’s chief technical officer.

It was too late for Symonds to have an impact on the 2013 car, so he instead focused his attention on the following year. This offered a greater opportunity for improvement due to the introduction of new regulations which replaced F1’s 2.4-litre V8 engines with 1.6-litre V6 turbos. It levelled the playing field as none of the teams had experience of the new engines. Williams chose to get theirs from Mercedes and it turned out to be a shrewd move.

Williams finished 2014 in third place with Bottas and Massa scoring 320 points. At the Austrian Grand Prix, they gave Williams its first front-row lock-out in qualifying since 2003 and improved on this at the season-ender in Abu Dhabi when the duo delivered the team’s first double podium since 2005. Massa was on the podium three times last year, while Bottas scored six and finished in fourth place in the drivers’ championship. All that eluded the team was a victory, but that may not be far off.

“The improvement is a combination of four main things,” says Claire Williams. “Obviously the technical personnel we recruited have been a key driver in that transition, all led by Pat. There was some great talent in the business, but I think we were missing that kind of senior management team across the engineering group as a whole.

“So bringing in those people and obviously making the change to the Mercedes power unit has been a contributing factor as has bringing in Felipe Massa. He is a guy with huge experience in F1 that has helped drive development of the car and also galvanised the team. It sent a very clear message out to the team that we meant business by signing a driver of his calibre.”

At Ferrari, Massa worked alongside some of F1’s most famous names including Michael Schumacher, Fernando Alonso and Kimi Räikkönen. It complements Bottas who burst on to the racing scene in 2008 when he won 12 out of the 14 races he competed in junior series Formula Renault 2.0 NEC. He later moved up to GP3 where he won four races before coming to the attention of Williams.

Their success has had a noticeable effect on Williams’ finances as the team has secured more new sponsorship than any other F1 team over the past year. Its tally of new partners comes to an estimated $54.5 million and includes Brazilian oil company Petrobras, Unilever’s deodorant brand Rexona and now British Telecom. The new signings are crowned by drinks brand Martini which became the team’s title sponsor in 2014. Williams says it was the final factor in the team’s resurgence. 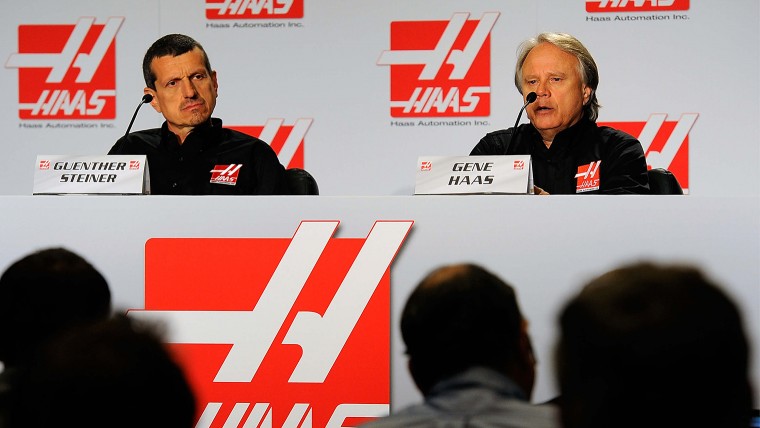 There is a saying in Formula 1 that the quickest way to become a millionaire is to start in the sport as a billionaire. Future F1 team owner Gene Haas is doing all he can to stop that from happening.

Haas is the founder of machine tools business Haas Automation and will next year launch an F1 team which he hopes will drive marketing and double his sales to $2 billion annually. His strategy so far has been highly prudent.

F1’s governing body the Fédération Internationale de l’Automobile accepted Haas’ bid in April 2014, but he resisted the temptation to accelerate plans and debut this year. It was a wise move as the teams are still getting used to new engine regulations which were introduced last year and shook up the running order.

Likewise, Haas didn’t put in offers to buy either Caterham or Marussia, the two teams that went into administration last year. His reasoning was their businesses cannot be flawless if they have hit the wall, so it is better to start afresh. Instead, he saved money by snapping up the teams’ assets, including Marussia’s factory, when they went up for auction.

We certainly don’t want to spend a huge amount of money, but it is kind of out of our control

Haas is even on track to make savings from a new regulation which comes into force this year and allows teams to buy more parts than before from established F1 marques. This reduces start-up costs and it has already proven to be a successful template for the F1 newcomers. Haas co-owns the Stewart-Haas Racing team in F1’s American rival NASCAR, and buys the engine and chassis from other manufacturers.

“Our perspective on it is that we have only just got on this train and are trying to figure out what everybody is doing. We certainly don’t want to spend a huge amount of money, but at the same time it is kind of out of our control,” he says.

One of his biggest single expenses so far has been the payment of an estimated €25 million to Ferrari for his team’s engines next year. It will be known as Haas Formula and will be run by Guenther Steiner, a former technical director of four-time F1 champions Red Bull Racing. The billion-dollar question is whether the F1 venture will be able to boost the sales of Haas Automation – and timing could be crucial.

F1 is in the middle of global expansion which saw a race in Russia added to the calendar last year followed by one in Mexico this November with Azerbaijan joining in 2016. “It highlights the point of view that this is really an international sport,” says Haas. “You have all these countries that want Formula 1 to show up and think highly enough of it that they would like to have a Formula 1 race in their city. I like that.”