We’re currently witnesses to the collision of three revolutions of a disruptive and industry-defining nature: the geographic and geopolitical revolution, the demographic revolution, and the technological revolution. In isolation, each offers a glimpse into potentially different futures. But in concert, their combined impact is frankly unparalleled and no company, in any sector or in any corner of the world, is immune. Put simply, we’re in the midst of a perfect storm.

Present levels of geographic and geopolitical uncertainty show no signs of abating. Look to the East, where a burgeoning middle class and continued shift from rural to urban environments will see China home to an expected one billion urban consumers by 2030. With the country’s five-year plans continuing to focus on creating much more of a consumer economy rather than exporting, Chinese consumers are becoming an increasingly prominent force on both the domestic and global stage.

In India, despite some headwinds, the country is shifting up the income ladder, with millions of citizens breaking out of poverty and becoming consumers for the first time – estimates forecast up to 500 million by 2030 – and also growth at the upper end of the spectrum as household incomes continue to rise. Companies are rapidly reorienting to put customers centre stage in business strategies.

Yet as we look further at the collective of nations historically labelled “emerging economies”, it becomes evident that not all are emerging at the same speed or in the same way. In South America, both Brazil and Venezuela, once darlings of global growth predictions, are faltering as the consequences of political and economic turmoil take hold. Economies such as Nigeria have suffered a similar fate, exacerbated by falling oil prices, while investment appetite across the African continent is retrenching.

Powering this next revolution is the rise of the millennial generation, forecast by 2020 to be the world’s largest single demographic grouping

In Europe, while the shockwaves of the UK electorate’s Brexit decision appear to have dissipated, anticipating the consequences of this challenge to the European experiment, and the likely outcomes of early Article 50 negotiations, remains something of a gamble.

But this is not the only story; political populism continues to promote uncertainty, with social divides as present in daily national discourse as in election campaigning. More broadly, the highly cyclical nature of the European economy remains a concern as actions on fiscal policy and unwinding stimulus measures from the Great Recession remain opaque. There are other dark clouds on the horizon, with the state of affairs in both Syria and North Korea offering more cause for concern and signs of longer-term instability, notwithstanding the present state of US-Russia relations.

In the United States, the economy is defined by the largest personal debt per capita in history, funded by interest rates at historic and prolonged lows. Meanwhile, equity markets currently trade at 16-year highs with rising employment and unemployment rates at 16-year lows. If the goldilocks situation changes based on mortgage interest and personal debt rates rising faster than expected, if the deficit increases or if inflation begins to take hold, the impact on household finance and consumer confidence could be profound, and the economy could yet stumble.

Powering this next revolution is the rise of the millennial generation, forecast by 2020 to be the world’s largest single demographic grouping, as well as the largest demographic in the workplace.

Notwithstanding the hype surrounding this generational cohort, or the vast and conflicting literature and empirical studies seeking to classify them as a homogenous group, those born in and shaped by two profound economic crises, technological transformation, and new social and employment paradigms do indeed share some underlying traits which are already permeating wider culture.

Media consumption is markedly different from preceding generations and trust is often found less forthcoming, with some 84 per cent of millennials reporting scepticism towards traditional advertising, trusting their friends and social media more. And while we can find varying patterns by region, millennials own less, rent more, live at home in greater numbers, believe in experience, are digital natives, and typically place greater emphasis on the purpose, values and authenticity of the brands they choose to transact with or work for.

In isolation, this has far-reaching implications, but these are only amplified when we consider the tendency of this group to transfer their behaviours, tastes and values to others, often their parents in the baby-boomer generation. Perhaps in the future, we should be talking less about millennials as a discrete quasi-segment and more about people predisposed to be labelled “millennial-minded”. After all, isn’t there a little bit of a millennial in all of us?

Baby boomers are also set to break with the past. Retirement for this cohort won’t be what it was for their predecessors, as many choose either to continue working given increasing life expectancies or feel compelled to do so at the prospect of underfunded retirement and rising health and care costs. Moreover, the wallets of the boomer generation are under added pressure from their millennial children staying at home longer, returning home or seeking greater financial help to join the property ladder. Consequently, the expected peak-spending years associated with empty nesting and retirement won’t pan out as expected for all.

New research carried out by KPMG, entitled Me, My Life, My Wallet, underlines the forces that affect the decision-making of today’s multi-dimensional consumer

No commentary on change or disruption can ignore the profound and pervasive impact of technology on all aspects of our lives, from how we live to how we work. Yet what we’ve witnessed in the decade since the iPhone heralded a new construct for the human condition is only set to accelerate and disrupt further.

As the proliferation of connected devices continues to pervade all corners of society, from how we communicate, to how we transact, to how we operate our homes or manage our health and wellbeing, the next decade or so will see another billion or more humans connected to the internet by 2030, particularly driven by China and India.

Positively, those charged with navigating these dynamic waters are aware of what’s at stake. Over the last two years, KPMG’s annual Global CEO Study has put the spotlight on business leaders’ concerns about their changing customer landscapes.

In our 2016 study, 65 per cent of US chief executives said that the next three years would be more critical and transformational for their industries and companies than the past 50. An overwhelming 90 per cent reported being concerned about the loyalty of their customers, while 86 per cent were concerned about millennials and how their differing wants and needs will change their business. And in a sign of putting the organisation on the front foot, our latest study published in August 2017 revealed that 74 per cent of US chief executives said their organisation is trying actively to disrupt the sector in which they operate, rather than waiting to be disrupted by competitors. 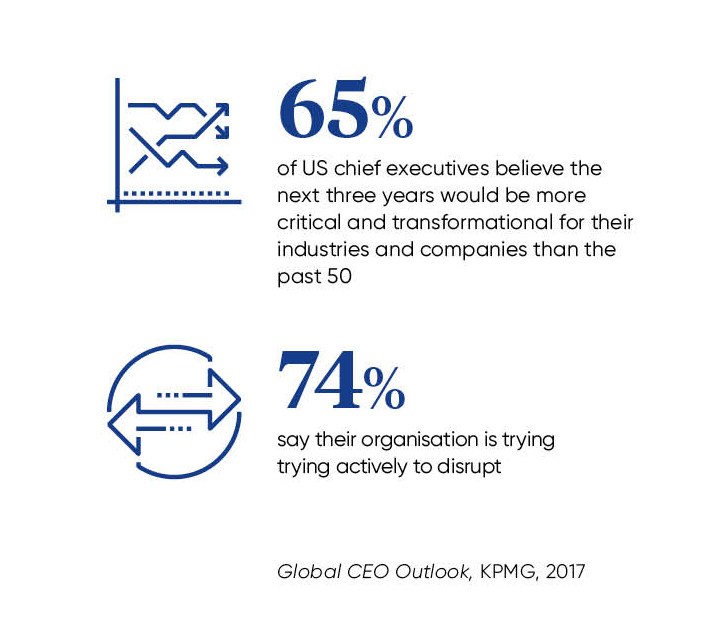 New research carried out by KPMG, entitled Me, My Life, My Wallet, underlines the forces that affect the decision-making of today’s multi-dimensional consumer. The themes and the evidence we’ve explored in this report aren’t abstract or distant concepts. They carry consequences for the here and now, and for those organisations intent on winning the race for the customer.

In the months since we began researching, analysing and synthesising our findings, consumers haven’t stood still and evidence of change is all around us.

Consider Alibaba Group, whose 2016 Global Shopping Festival or Singles’ Day reported a record-breaking $17.8 billion in sales on just one day, three times more than Black Friday and Cyber Monday combined, and more than the country of Spain’s entire ecommerce sales for the year. What’s more, 27 per cent of sales were from international brands or merchants and an eye-watering 82 per cent of sales were made on mobile devices.

Take WeChat Pay and Alipay, subsidiaries of Tencent’s WeChat and Alibaba’s Ant Financial respectively. With more than one billion registered users between them, the two Chinese payments apps have recently struck a string of deals with European banks, enabling millions of retailers across the UK, France, Italy, Germany and beyond to accept payments via their apps. Initially touted as a means of helping the surging numbers of Chinese tourists to use their domestic payment apps abroad, both companies have hinted at expanding their payments apps with international customers.

This perfect storm isn’t on the horizon, it’s here and it’s now. And for those bold enough to concede they just might not know as much about their customers as they’d want to, the opportunity is palpable.

KPMG has just launched Me, My Life, My Wallet, a global study of 10,000 consumers. Download a copy of the findings at kpmg.com/customerinsights 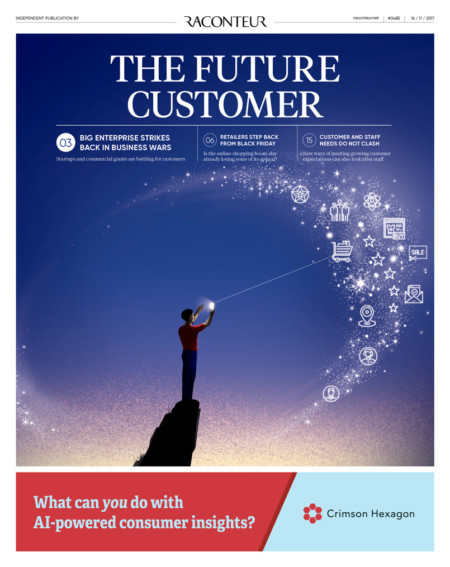