Luton Airport is known to many as a departure point for low-cost airlines, yet one third of arrivals and departures through this airport just north of London are of private jets. This business aviation market matters to Luton and is a key to understanding how the airport fuels the wider local economy, says Luton Airport’s chief executive Nick Barton.

“We can offer to support private and corporate aircraft, fix them if they have technical problems, service them if that’s needed and provide good overnight accommodation for the crew,” he says. All of this activity means the 29,000 annual business jet movements at Luton support well-paid technical jobs which in turn boost the local economy.

Gulfstream, manufacturers of long-range executive jets, has based its European maintenance hub at Luton. The 185 staff of the Gulfstream facility are just a small part of the 8,000 people employed in 100 companies operating in and around the airport.

Capitalising on the site’s proximity to the M1 motorway link with London, Mr Barton wants Luton to increase passenger levels from 10.5 million a year to 18 million, a growth curve that he says will create 5,000 more jobs, contributing £250 million in economic value to the surrounding area.

Co-ordinating all this activity is not easy and keeping smaller airports in profit is notoriously difficult. Luton posted an operating profit, including revenue from investments and other sources, of nearly £29 million in 2013. Also Mr Barton notes that multiple parties, including local communities concerned about noise, have to be kept happy when expansion is on the cards.

Manston Airport in Kent illustrates the difficulties this sector faces. Manston has been the subject of much controversy since it was sold in September 2014. The future of aviation on the site hangs in the balance, with other potentially more profitable uses, such as housing or industrial development, threatening to close its long, historic runway. Even Manston’s proximity to London has not proved sufficient to attract passenger business in the face of competition from Heathrow, Gatwick and nearby airports, such as Luton, Stansted and Farnborough.

John Grant, a director of aviation data specialists OAG, notes that regional airports and profit do not always go together. “You have a huge infrastructure and often a very low level of utilisation,” he says. “Airports operate under a curfew, you can’t fly in or out between 23.00 and 06.00. But at the same time there are a lot of fixed costs, such as security, that you’ve got to fund.” Mr Grant regards the current status of the main London airports, particularly Heathrow, as unassailable. “Regionals play on the fringe, London is the great magnet for air travel,” he says.

Chris Lynch, head of global aviation at PA Consulting, has been involved in organising the Airports Commission, assessing future runway capacity in south-east England. Mr Lynch thinks that this question needs to be kept quite separate from the business case for regionals. “The Heathrow versus Gatwick argument is a decision of national importance,” he says. “When it comes to the viability of smaller airports, you have to look at what really works.”

Mr Lynch singles out Farnborough, south west of London, as an example of how a smaller airport can add real economic value to its surrounding area. The runway is used exclusively by private jets, but a series of what he terms “spectacular British businesses”, such as defence giant BAE Systems and high-tech innovator QinetiQ, operate around it. He credits the airport owner, TAG Aviation, with creating “a fantastic example” by integrating supplementary businesses, such as the Aviator Hotel on the airport perimeter, with the site.

Cross-fertilisation between defence and high-tech engineering work in the Farnborough area owes a lot to the airport, says Mr Lynch. This in turn spells out why aviation matters to the broader economy. The contribution that well-paid aviation jobs make to the economy is measured in gross value added (GVA), the amount each job brings to national GDP. While the average UK job has a GVA of £46,000, air transport work chalks up a GVA of £77,000.

Higher productivity in the aviation sector and a supply chain that extends far into the economy play their part in making this sector so important. The latest assessment credits regional airports and associated businesses with bringing £14 billion to UK GDP and supporting 250,000 jobs. This benefit stretches well beyond the aviation mecca of the South East, with regional airline Flybe operating at 36 airports across the UK from its Exeter HQ and ranging as far north as Stornoway.

Making any airport work takes imagination, and an ability to identify and play to the site’s unique strengths. This approach is evident at Liverpool Airport. Passengers there are discovering that regional aviation can offer a pleasing alternative to the stressful experience of negotiating queues at internationally renowned airports. 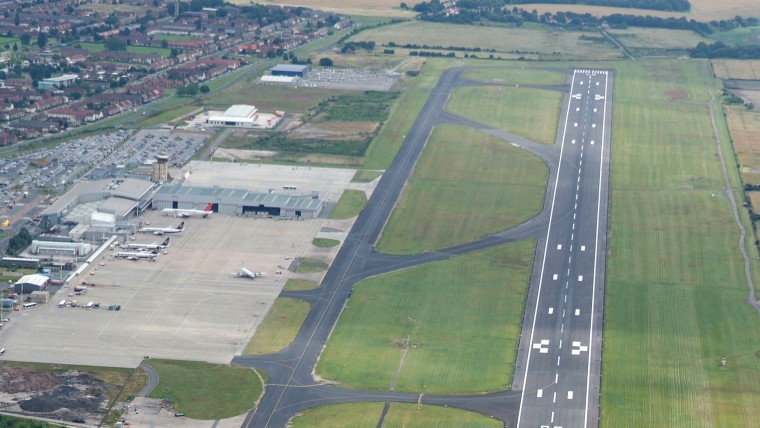 Andrew Cornish is a veteran of the aviation industry. The chief executive of Liverpool John Lennon Airport came to his post via the board of Aer Lingus and the role of managing director at Manchester Airport. Manchester is popularly regarded as the arch-rival of Liverpool, a much larger northern sibling with connections spanning the globe.

But Mr Cornish sees things differently. “We will never be Manchester, but we have our own unique selling propositions,” he says.

Mr Cornish’s candour reflects his experience bringing long-haul overseas routes to Manchester. “People are not going to fly direct to Beijing or Shanghai from Liverpool, but we can connect them via other airports,” he points out.

Although Liverpool lacks a route to any London airport, Mr Cornish is pursuing links to Paris, Amsterdam, Frankfurt and Dublin. He has announced new routes to destinations such as Prague in recent months and thinks that removing the frustration most passengers feel, when sucked into the requirements and formalities of flying, can give Liverpool an edge.

“Our aim is not to process passengers, but to give them an experience they will enjoy,” he says. “Airports have allowed the necessary security checks to turn into processing.” Mr Cornish sets great store by airport industry polling that measures customer satisfaction against 32 aspects of passenger experience. “Out of 19 peer-group airports, we are number two for check-in time, number three for security-check time and first for baggage reclaim,” he says.

This focus on service is what Liverpool hopes will continue to set it apart as it expands passenger numbers to embrace new routes. “We want to be the airport that the region loves,” says Mr Cornish, as he anticipates passenger numbers growing from four million to seven million. That expansion will only be a success if travellers can continue to move from the car park to the flight gate in just 20 minutes.