When Graham Lindsay joined Lloyds Banking Group 38 years ago, he became part of an industry in which he had immense pride.

“I was hugely proud when I was appointed as a branch manager in the 1980s. However,” he says candidly, “that pride waned in 2008 – none of us enjoyed watching our TVs and hearing the word ‘bank’ followed by the impact that day’s news was having on our customers.”

Mr Lindsay concedes that the banking sector has made mistakes. “The damage to the industry’s reputation in the wake of the financial crisis has been immense. We now need to take steps as a sector towards rebuilding our reputation through how we behave and what we do, and to move forward. This is important for the future of the business and also the future of the economy,” he says.

“Back in the 1970s, the local vicar, the doctor and bank manager were seen as the pillars of the local community and Lloyds Banking Group wants to see a return to that respect and reputation. The health of the communities in which we operate is directly linked to the health of the bank.”

Though the headlines might not tell the full story, Lloyds Banking Group has been engaging in philanthropic endeavours for the last 300 years. It’s a legacy the group is extremely proud of, whether it’s the fact that in 1850 the Union Bank of Scotland supported its customer Arrol & Co in building the Forth Bridge, or in 1963 when Bank of Scotland introduced mobile branches to serve rural communities. 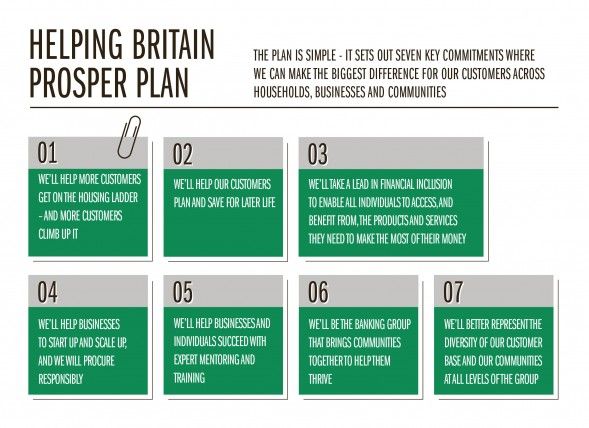 In addition, the group has been supporting its charitable foundations for the last 30 years, with funding during that time in excess of £500 million, and thereby helping many of its communities’ most vulnerable people. This support is something the bank is keen to see endure.

The Lloyds Bank Foundations, representing England and Wales, Northern Ireland and the Channel Islands, together with the Bank of Scotland Foundation, provide vital funds for local, regional and national charities throughout the UK, helping them make a significant difference to the lives of people within their local communities.

The projects supported by the foundations are life changing. Between 2008 and 2013, the Foundation for England and Wales invested £10.5 million in four portfolios of grants that supported the criminal justice sector. It also invested £2.1 million across 15 charities to provide much needed support to older people.

And, very recently, the Bank of Scotland Foundation extended its grant-giving portfolio with the launch of a large grants programme that will provide an opportunity for Scottish charities to receive an investment of up to £100,000.

These are very significant sums of money made available via the group’s investment. Almost uniquely, the independent foundations sit within their communities and, because of their locality, fully understand the issues these communities face.

The group is passionate about its role in society and the potential impact its contribution can have. “There is a Lloyds Bank, Bank of Scotland or Halifax branch on almost every high street across the UK,” says Mr Lindsay, “so we are truly at the heart of those communities.”

Lloyds invests a total of around £85 million each year on programmes themed around education, employability and enterprise, all designed to make a difference across the households, businesses and communities in the UK. This strategy is in direct support of the overall aim to be best bank for customers, says Mr Lindsay.

Each year the group’s 90,000 employees have the opportunity to use a minimum of one day a year to get involved in local activities though its Day To Make A Difference volunteering programme.

“There is such a lot of good our staff can do with their extensive business skills,” says Mr Lindsay, “and again this year around 35,000 will give at least a day across a range of charities and local good causes.

“Our partnership with the Alzheimer’s Society and Alzheimer Scotland is a particularly successful example. This success is not just in financial terms, having raised more than £5 million in less than two years, but also in more tangible examples with Lloyd’s leading on the financial services charter for dementia-friendly communities across the industry and creating inside Lloyds 10,000 dementia friends.”

Mr Lindsay acknowledges that the banking industry has a hill to climb to rebuild trust and believes Lloyds can lead the way. As part of this mission, the bank recently announced a Helping Britain Prosper Plan, which incorporates bold, public commitments to help address some of the big issues facing the nation.

There are seven significant commitments, including helping customers get on the housing ladder, helping customers plan and save for later life, taking a lead in financial inclusion, helping businesses start up and scale up, bringing communities closer together and representing a diverse customer base at all levels within the bank.

“While the key elements of the plan are designed to make a real difference, and help customers and communities, it has had the added benefit of capturing the imagination of our colleagues, and has become a source of great strength and a solid foundation to further illustrate our support in local communities. As an example, Lloyds has committed a minimum of 2.3 million volunteering hours from its employees by 2020.”

Mr Lindsay concludes by explaining that, as Lloyds Banking Group refreshes its strategy, this support for Britain’s households, businesses and communities will remain front and centre.