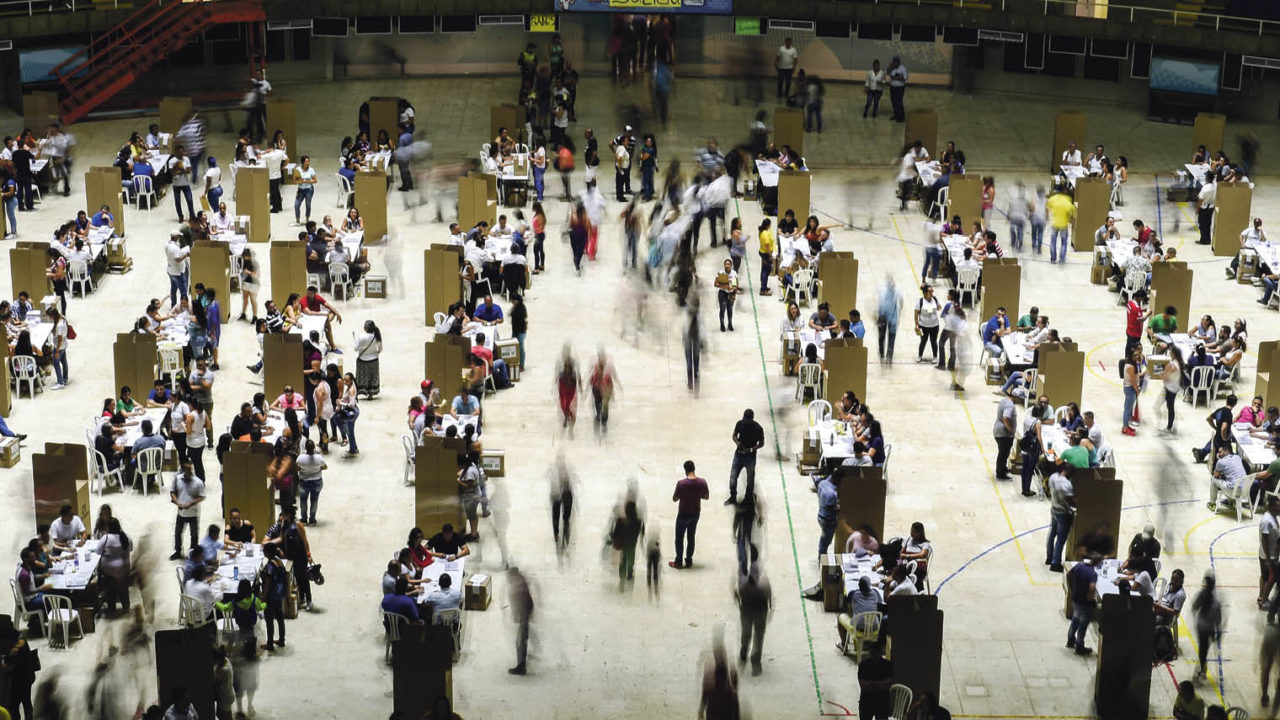 Almost every aspect of our lives is shaped by digital technology and its immense efficiency. Yet in one vital area - the election of our political leaders - we still use pencil and paper, and count each cross by hand.  Delivery of electoral democracy in the UK is now in danger of falling out of step with the rest of the world. Many countries have turned to various forms of e-voting, either by adopting electronic voting machines or offering people the chance to cast their vote online.

While some privacy and security concerns remain, advocates say electronic voting helps uphold the accuracy and integrity of the result by preventing miscounts or any other mix-ups. As well as cutting election costs, internet voting offers the chance to boost turnout by engaging parts of the electorate not usually interested, or able, to get out to their polling station.

The Scottish government is considering replacing paper ballots with electronic readers and piloting a form of online voting. While leaders at Westminster have been more cautious, a parliamentary commission set up by House of Commons Speaker John Bercow recommended secure online voting should be an option for all voters by 2020.

Estonia led the way by introducing i-voting for all political elections in 2005. Since then participation has risen in tandem with the number of people choosing to vote using their computer or smartphone.

“It’s about convenience; it’s about giving people choice,” explains Arne Koitmäe, deputy head of Estonia’s state electoral office. “Once people have been able to vote on the internet, people are more likely to vote again at the next election; it encourages more regular participation.”

Areeq Chowdhury, chief executive of the youth-focused think tank WebRoots Democracy, believes internet voting could help boost the number of young people taking part in elections and modernise the way we run them.

“It could also be a good way of getting a more informed kind of voting,” he says. “The option to vote online is the ideal chance to present people with clear information about what a particular election is all about and who exactly the local candidates are.”

So just how safe is digital voting? Thankfully, the latest cryptographic tools enable the companies running electronic voting systems to maintain the privacy of voters’ choices by “shuffling” the votes and anonymising them before a final tally is made.

India, Brazil, Venezuela, Belgium, the Philippines and many US states have been using electronic machines in polling stations successfully for several years. Many systems print a paper receipt to assure voters their vote has been counted and is part of an audit trail.

Despite concerns about Russian meddling in the 2016 US election, and there are intelligence reports of attempts to hack some states’ registration rolls, there is no evidence any voters were removed from rolls or any votes cast on electronic machines were tampered with.

Indeed some US states, despite the current concerns, are taking tentative steps towards online voting. West Virginia is allowing military personnel to vote using an online app in the upcoming midterms. In Alabama, participation among troops from the state stationed overseas increased by more than 70 per cent when they were able to vote online in 2016.

Are voters more likely to trust a non-human system?

Moving more elections online might raise the stakes when it comes to the risk of hacking, but experts believe investment in cybersecurity offers reassurance for all forms of e-voting.

“There is potential for disruption - a denial of service attack online or malware on an electronic voting device - as with any digital system,” says Professor Steve Schneider, director of Surrey Centre of Cyber Security at the University of Surrey. “But there are ways of monitoring and detecting attacks.”

Many countries, remember, are accustomed to much more old-fashioned kinds of manipulation and corruption, such as stuffing ballot boxes with phoney votes and bribery of officials. It’s why the adoption of electronic voting systems has helped strengthen public confidence in the legitimacy of elections in many places.

In an era when trust in government feels increasingly fragile, few countries will be able to take the electorate’s faith in human officials for granted forever. Despite the risks, the cold impartiality of digital technology offers the promise of a respected set of results.