Public sector needs to ramp up its digital skills

If digital technology is to transform public services by delivering better results more cheaply, then officials must be smart, savvy and agile in their approach to it.

“What matters is not the bowler hat, but what’s underneath it,” according to Cabinet Office minister Matthew Hancock.

It is a message that applies particularly to local authority officials, who will need all their wits about them if they are to deliver lower-cost, improved services based on digital technology.

The Local Government Association (LGA) is bullish about the capabilities of its council members, who deliver 80 per cent of local services. Three-quarters of them are already using digital technology to enhance their services. 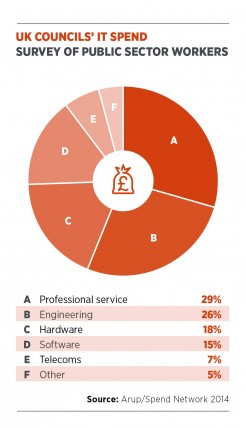 Ambitious developments such as the Manchester Smarter City Programme, which is applying technologies that include fast broadband, sensors, LED lighting and smart ticketing in a series of projects in partnership with local organisations, are leading the way when it comes to transformation.

However, few local authorities have the resources of Manchester. “A huge part of improving the uptake of public sector technology comes from the education and upskilling of local authorities. They often face a specific set of challenges when it comes to incorporating and implementing technology,” says the LGA.

Outside the Whitehall hot house, the public sector is sometimes slow to warm to the white heat of technology. For example, it was only last year that parish councils were able to make payments electronically rather than by cheque and not all councils have signed up to the Tell Us Once online service that notifies relevant authorities when someone dies.

Skills and organisational culture are the biggest challenge for councils looking to implement digital solutions, says Maia Beresford, who points out that they have real difficulties in recruiting and retaining the best talent.

Without the right in-house skills, councils must rely on consultants and integrators, she says in a report for the New Local Government Network entitled Smart People, Smart Places. Digital skills should be embedded in job specifications to avoid the danger that councils may buy the wrong products and incur extra costs to put things right later.

Research by business advisory firm Deloitte confirms Ms Beresford’s analysis. In a survey, only a quarter of leaders from local authorities said their organisation have sufficient skills to execute digital plans and just one third considered their organisation’s leaders have the right level of digital skills. Overall, one third have confidence that their organisation is well placed to respond to digital trends.

“The technology is there for the public sector to take advantage, yet they lack the culture, skills, governance and leadership to do so. The public sector needs to ramp up its digital skills, just one quarter saying they have the right skills in place is not a good omen,” says Joel Bellman, public sector digital partner at Deloitte.

That may be easier said than done as skills shortages affect all IT organisations. “There is a real gap in availability, but it’s a generic, systemic problem not confined to the public sector; there are just not enough people with IT skills – it’s a fact of life,” says Guy Sizer, country manager of the Frank Recruitment Group, which specialises in finding Microsoft experts.

Mr Sizer points to the lack of women in high-technology jobs as one cause of the shortfall. But whatever the reason, the scarcity of technical skills has led to rising salaries and fierce competition for those with the best talent.

One barrier to upskilling workers, according to the Society of Information Technology Managers (SOCITM), is that as budgets have become tighter, it has become harder to find the time and money for training.

Employees are increasingly expected to learn on the job or to invest their own time and money in gaining new knowledge. There is often an expectation that front-line workers should be familiar with social media and other digital services.

The lack of investment in employees is highlighted in a BT study entitled Public Services: Developing the Next Generation of Change. The report reveals that only 25 per cent of local government officials interviewed thought investing in people was a high priority.

Not surprisingly, 49 per cent of 400 respondents felt there was more to do to develop a culture of innovation within their organisation and 41 per cent of people felt IT literacy of staff was insufficient. 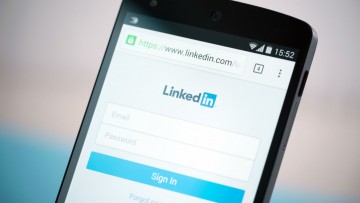 “All local government IT departments are under pressure to have as few people as possible,” says Andy Hopkirk, head of research at SOCITM. “Of course, it is much easier to find people with the right skills thanks to LinkedIn and other job-finding services.”

Mr Hopkirk is impressed by services, such as geektalent.com, that allow job seekers to match the skills required for a job with their own profile. “The really interesting bit is that people are looking at sites like this, retraining and getting a job in IT,” he says.

Increased collaboration between local authorities is also likely to improve knowledge. “There is a lot more interest than five years ago in using common platforms and shared procurement processes. Common standards and interoperability have also come to the fore,” says Julian Bowery, deputy director of communications and strategy at the Department for Communities and Local Government.

Keeping up to date has been made easier by free collaboration tools such as the Knowledge Hub, a digital platform set up for local government staff that enables its 160,000 members to share experiences, seek answers to problems and take part in group discussions.

Bowlers may have gone out of fashion, but staying ahead of the game in digital services has definitely not and local authorities need all the know-how they can muster. It looks as though they must do much more to persuade those with technology skills to hang their hat in a public sector office.