As rising xenophobia in the UK targets Polish migrants, the first generation of Poles recalls a time when they were welcomed as refugees and workers 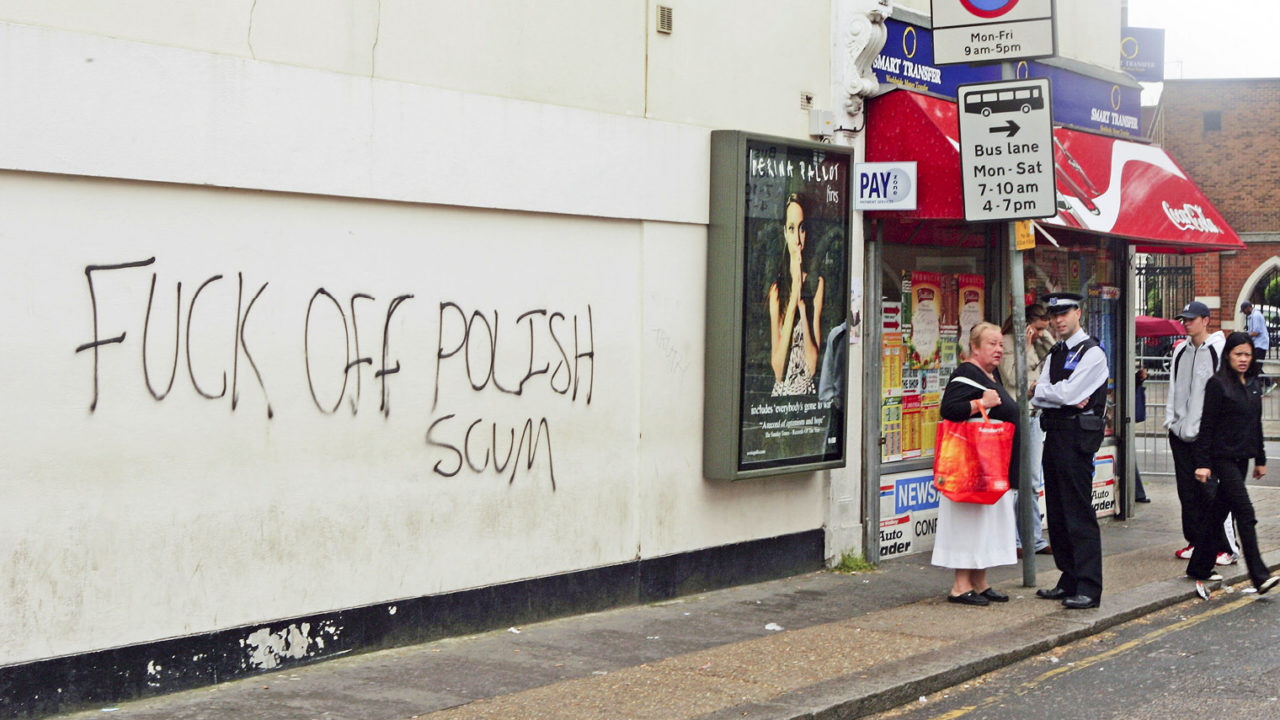 As World War Two swept across Eastern Europe, Jurek Biegus and his family joined the exodus of civilians out of Poland. First, they fled to Uzbekistan; from there to Iran, and then to Southern Africa.

By VE Day, they were living in mud huts in Lusaka, in what is now Zambia. By 1947, those camps were closing, and the family were under pressure to return to their homeland, now controlled by the Soviet Union.

It was in March of that year that they heard they had another choice: Britain. The UK government had passed an act allowing Poles to seek asylum in Britain. Initially meant only for Polish servicemen who had fought alongside British forces, the Polish Resettlement Act 1947 was later expanded to include any displaced Poles. The Biegus family arrived in 1950. “It was the first time I saw houses with stairs and electric lights,” Jurek recalls.

His future wife, Zosia, and her family had arrived in 1948 and settled at Northwick Park Resettlement Camp, a large former prisoner-of-war camp in the Cotswolds. “It became like a little Poland in the middle of the countryside,” she says.

Nearly 70 years later, the UK’s attitude to its more recent generation of Polish migrants is far harder. Since the Brexit vote, Poles have become targets in a more widespread rise in xenophobic speech and violence. In August, Arkadiusz Jozwik was murdered in Harlow, Essex, in what police are treating as a hate crime; other assaults have been reported across the country.

This racism has often lain under a patina of concern about immigrant labour, for which Poles have become the unwilling poster children. But in 1947, as in the 21st century, there was a pragmatic reason to allow migrants to settle: an influx of new workers to send to UK industrial cities whose labour force had been decimated by the war.

“The Resettlement Act was clever, from a governmental perspective, because it got the refugees into work. It targeted shortages and got them working, which is very different to how refugees are treated now,” says Kathy Burrell, lecturer in social and cultural geography at the University of Liverpool.

The UK still needs migrant labour, particularly in agriculture, where Poles, and increasingly other migrants from the EU, have filled in the gaps. That is likely to change.

As Andrew Geddes, professor of politics at the University of Sheffield, says, it is likely that post-Brexit immigration reform will focus on highly skilled labour, meaning “reduced opportunities for the Ryanair generation who want to fly into Britain and find work easily.”

The Biegus family, like many Poles, did not intend to stay forever; England was just the last stop on the long journey back to an independent Poland.

“The conversation I remember around the dinner table was: ‘well Russia isn’t going to satisfy its post-war settlement. They will create a third world war and we will return to Poland under the vanguard of a glorious Western army’,” says Jurek. This sentiment evaporated in 1956, when Allied nations didn’t respond militarily after the Soviet army crushed the Hungarian Revolution. “That struck me as a watershed moment; when the Poles decided to stay here and make a new life.”

For Jurek, the racism directed at Polish people post-referendum is disturbing, but it does not match his experiences of life in the UK. “I can’t believe this is widespread,” he says. “I do believe there are small numbers of largely ignorant and xenophobic people.”

The UK’s referendum on EU membership was, to a significant extent, a plebiscite on the Union’s freedom of movement rules. Those wealthy European nations on the fringes of the Union have typically been offered a straight deal – no market access without open borders for European workers.

For Switzerland, whose financial services industry depends on its ability to offer services to clients within the EU, this bargain has brought major economic benefits, but migration has created tensions amongst a largely homogenous population. Nearly a quarter of the Swiss population are migrants, more than half from EU countries.

Things came to a head in February 2014, when the Swiss voted narrowly in favour of limiting labour migration in a legally binding referendum. Since then, the Swiss government has been engaged in trying to figure out how to implement the result of the referendum and lower migration without losing its all-important access to the single market. The EU has said that it is willing to find a compromise, but with the fallout from the Brexit referendum still coming to land, there is heavy pressure on Brussels to take a hard line with Switzerland – pour encourager les autres.