The fragrance landscape is shifting. Sales of fragrances grew by 1 per cent in 2014, but NPD Group reported a 4.7 per cent rise in average price, illustrating that consumers are more willing to invest in the right scent. Yet despite the positive, albeit small, growth, Euromonitor reports that last year saw a reduction in the number of fragrances launched and says this trend will define 2015 as innovations in the olfactory experience begin to shape retail concepts.

For some time the notion of a signature scent has been eroded and replaced by the concept of a scent wardrobe of several juices, which can be worn according to moods and occasions. Whether this is driven by innate consumer behaviour or clever marketing is unclear. First bought to the savvy consumer by Jo Malone, layering fragrance is also an increasing trend among consumers who are buying scent collections that can be cocktailed in many different combinations.

Big brands might still dominate, but the impact of niche labels has reached critical mass

As a result the big sales drive for most brands is no longer focused on becoming a woman’s sole fragrance, but an addition to their collection. With the growing number of independent boutiques, such as Roullier White, offering customers an unbiased means of discovery, the newly educated consumer is as intrigued by niche brands as the more obvious power players.

Big brands might still dominate – Coty UK led in fragrances in 2014 with a 15 per cent share of value sales, worth £191 million – but the impact of niche labels has reached critical mass. Estée Lauder recently purchased niche fragrance houses Le Labo and Editions de Parfums Frédérick Malle, and Diptyque’s owner, Manzanita Capital, bought a majority stake in the Swedish independent Byredo. These so-called indie concoctions grow via word of mouth rather than advertising, driven largely by support from fragrance bloggers, whose numbers are steadily growing and influencing sales outside the beauty halls.

“Look at Le Labo Rose 31 or Byredo Gypsy Water – when was the last time you saw an ad for these fragrances?” asks Sarah Coonan, beauty buyer at Liberty. “As some of these niche brands inevitably become more mainstream, there may be a big gap left for some major innovation from brands such as Vilhelm Parfumerie, founded by Jan Alghren, a Swedish New Yorker, which is one of the most exciting additions to the market we’ve seen in years.”

The prestige sector has long been trying to borrow some of the appeal that niche labels can offer – Tom Ford, Guerlain, Dior and Chanel all carry boutique scent collections, to name just a few – now personalisation is offering an increasingly bespoke feel. Burberry’s My Burberry may not be a bespoke juice, but the bottle can be engraved with your initials and this August Guerlain launched Mon Exclusif, at £105 a fragrance with no title allowing consumers to name it themselves – a play on the signature scent.

Niche brands have also been inspiring the trend for perfume oils and balms, a prominent feature for La Labo, Byredo, Diptyque and Joya. Dior has been inspired by the concept with J’adore Touche de Parfum, an oil-based scent designed to be applied to pressure points and layered with other perfumes. For consumers it’s a new way to experiment and experience fragrance, but there are other benefits as perfumer Azzi Glasser points out. “Oils may not have the sophistication of a fragrance, but they don’t contain alcohol, which is a notorious barrier in exporting.”

Brands are looking to appeal to our psyche now more than ever. Le Labo offers an online Proust questionnaire in order to make your fragrance recommendations, while the Parisian online boutique offers a similar diagnostic tool to determine your ideal scent, but we saw this in the retail space with The Fragrance Lab launched by The Future Laboratory as part of Selfridges Beauty Project last year. Customers were taken through a series of psychological experiments from visual cues to scent association and psychological questions – a sort of treasure trail to discovering the right scent.

This October sees Azzi Glasser launches eleven scents at Harvey Nichols, which she has created to appeal to very specific character types with consumers guided by fragrance stylists more akin to therapists. “They have been trained to engage with the customer and understand their personality, and how that’s reflected through each scent,” explains Ms Glasser. For example, one scent is called Old Books and it’s for characters who love contemplation and the challenge of intellectual pursuits. “You wear scent for the same reason you wear the clothes you choose, because it suits who you are,” adds Ms Glasser, who like a fashion designer, always has a woman or girl in mind when she creates a fragrance.

Of course, fashion and scent have always been entwined, with the latest launches playing to this more than ever. Marc Jacob’s new Decadence evokes the designer’s bags complete with gold chain detail. Fragrance jewellery is also on the ascent. This autumn, the niche perfumer Kilian Hennessy launches his Lights and Reflections Collection of elegant Art-Deco inspired rings, which all house rechargeable scent chambers. Acclaimed perfumer Francis Kurkdjian has also embraced the accessory route with his first collection of perfumed leather items featuring a crocodile leather card holder, launched in France but not yet available in the UK.

Innovations in how and why we wear fragrance may change, but one motivator remains steady. The “Christmas effect” is still expected to be a sizable motivator for the last quarter of 2015, set to match the 28 per cent of fragrance sales made in November and December last year.

CASE STUDY: SCIENCE OF A SCENT 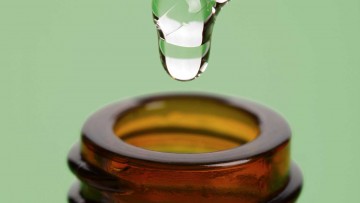 It all starts with a brief. First the client – a luxury fragrance house or consumer goods company – instructs a perfumer’s organisation. “The brief will detail the desired characteristics and mood of a fragrance, which is often communicated through mood-boards as well as the target market,” explains Jo Jacobius, communications consultant to the International Fragrance Association UK. This will then be further developed to include budget, ingredients and even colour. “A brand might want a white shampoo, but with a vanilla scent, which is a dark material, so these challenges all come into play,” she says.

A “nose” is a master or mistress of patience – it often takes 500 attempts to find a single note for a fragrance. Many an incarnation will be dismissed before both client and perfumer settle on a few possible interpretations of a scent, which are usually subject to testing panels. Such is the intellectual marriage of artistry and chemistry it takes seven-plus years to train a perfumer, and in reality the training never stops. With more than 3,000 ingredients to choose from and a single perfume containing as many as 300 different ingredients, perfumers require a deep understanding of the characteristics and volatility of singular ingredients, as well as how they all interact with each other, not to mention knowledge of the industry’s extensive guidelines and legislation.

“It’s surprising to many consumers that much of perfume production is based on climatic and political factors,” says Ms Jacobius, with some essential oils, such as jasmine, rose, vetiver, sandalwood and lavender, unable to be created in the lab. In March, Cyclone Pam hit islands in the South Pacific, including Vanuatu, a major producer of sandalwood, which was already selling for around £3,400 a kilo. The lavender fields of Provence in France have recently been subjected to insect-borne bacteria. And an influx of Chinese farmers into China’s industrial cities has seen a reduction in the production of some spices. To mitigate these factors, fragrance house Givaudan is launching schemes to protect sustainable sources of endangered raw materials, including resuming sandalwood production in Australia. Similarly big producers, such as Dior, Chanel and Guerlain, have financed their own harvests of raw ingredients used in their fragrances, as well as their skincare products, to protect both the crop and brand quality.