Opportunities to invest in M2M

Many of the world’s biggest companies are investing heavily in machine-to-machine (M2M) communications in an effort to gain business efficiencies and spice up existing products.

General Motors (GM), for example, has begun fitting a SIM card to every new car in a programme run by the company’s Onstar service subsidiary. The mobile connections are being used to report on the state of each car and how it is being driven, as well as providing drivers with access to wi-fi and to call-centre operators in event of an emergency.

The motor manufacturer recently signed a deal with AT&T to install 4G LTE standard connections that will give drivers access to much faster data rates, quick enough to stream videos to passengers and provide real-time reports on the status of a car. GM expects that M2M will enable it to forge a much closer relationships with the owners of its cars.

The automobile industry is only one business sector that has latched on to the potential of M2M. Companies involved in smart-metering, retailing, banking, healthcare, security, connected buildings and consumer electronics have also found innovative uses for M2M.

Mobile networks can provide manufacturers with a flow of data about how a product is working and how it is being used, making M2M both a service and a marketing tool

Companies developing vehicle telematics – the application of telecommunications and informatics to cars and lorries – have experienced particularly strong business growth. Truck operators, insurance companies and entertainment firms have developed a variety of new services that are increasingly sharing the same networks.

Enterprises working in e-health, seen as a way of eking out the resources of overstretched health services, are turning to M2M to monitor patients at home, perform remote diagnosis and provide care services. Meanwhile, new applications are emerging in both the connected home and in industry as M2M becomes more sophisticated.

Mobile networks can provide manufacturers with a flow of data about how a product is working and how it is being used, making M2M both a service and a marketing tool.  Marketing can become more scientific, based on complete data rather than just samples. The huge amounts of information it is possible to gather from M2M devices also open the door to big data applications.

Juniper Research forecasts that there will be approaching 500 million M2M connections in service worldwide by 2018. “However, we are talking about a fragmented marketplace with many players with differing interests,” says Anthony Cox, author of a Juniper report entitled M2M and Embedded Strategies.

“Revenue per connection is very low compared to standard mobile voice and data services, but connection numbers are potentially very high,” he adds. “This means that robust platforms are needed for managing M2M networks efficiently without too much intervention.

“The idea that there is one single M2M industry has always been problematic. M2M consists of a complex range of services that may differ according to the industry sector to which it is being applied. Business models need to be adapted and are very different from the human subscriber market.”

Amazon’s success with Kindle, which uses 3G networks to give readers round-the-clock access to its online e-book store, is a textbook example of how M2M can open up new markets. A key part of Amazon’s strategy was the relationship it forged with mobile operators, such as AT&T, which gave the retailer a way of distributing its books with little effort from the reader.

“It was a very elegant and simple business model, and started with what does the consumer want and how do we make money out of it?” says Marcario Namie, vice president of marketing for Jasper Technologies Inc., an M2M platform provider.

Most mobile operators have developed M2M platforms to manage customer’s networks of devices, but the technology is not always easy to get right. For instance, GM’s initial car system was offered free for a trial period to customers, but only 20 per cent opted to keep the service.

Undaunted, the auto-maker embarked on its upgraded service, convinced that greater speed and reliability could win customers over. British Gas, which has now installed one million smart meters in UK homes, has had to grapple with the technical challenges of collecting data wirelessly from meters in places with a poor mobile signal, such as flats and basements.

British Gas and its competitors have also had to overcome consumer resistance. Although smart-metering has substantial state backing – the government would like to see all meter readings carried out remotely by 2018 – some customers are leery about energy companies trying to manipulate their use of energy.

A key benefit for companies involved in smart-metering is the ability to influence demand by raising rates at peak times and lowering them when fewer customers are drawing power. Because consumption can be monitored almost in real-time, M2M allows this to be done much more precisely than before.

But how prepared are organisations for M2M? Although many of them agree it represents a business opportunity, some have doubts about the ability of their IT infrastructure to cope. More than half of 400 IT chiefs quizzed in a survey commissioned by network control company Infoblox say they see the benefits of M2M, but their networks are already at full capacity and they would struggle to cope with the additional workload.

However, established businesses may have to move fast to exploit opportunities offered by M2M. “If these innovations haven’t disrupted existing markets already, it’s only a matter of time before they do – and probably less time than incumbents are telling themselves,” warn Paul Nunes and Larry Downes in their book entitled Big Bang Disruption.

The authors see autonomous M2M services, delivered via mobile data connections, as a precursor to the internet of things (IoT), the idea first formulated at the Massachusetts Institute of Technology that any object can be given an IP (internet protocol) address and can become part of the internet.

Commentators are already posting big numbers. According to Gartner Group, the IoT will consist of 26 billion items by 2020, and IoT product and service suppliers will generate revenues of more than $300 billion, mostly in services.

Earlier this year, Prime Minister David Cameron announced that the government was putting £45 million of development cash behind the IoT, double the amount previously committed. “I see the internet of things as a huge transformative development – a way of boosting productivity, of keeping us healthier, making transport more efficient, reducing energy needs, tackling climate change,” he said.

There is no shortage of ingenious uses for M2M and the IoT; the onus is now on organisations to develop the strategies that will make those applications a paying proposition.

CARING FOR PEOPLE WITH DEMENTIA 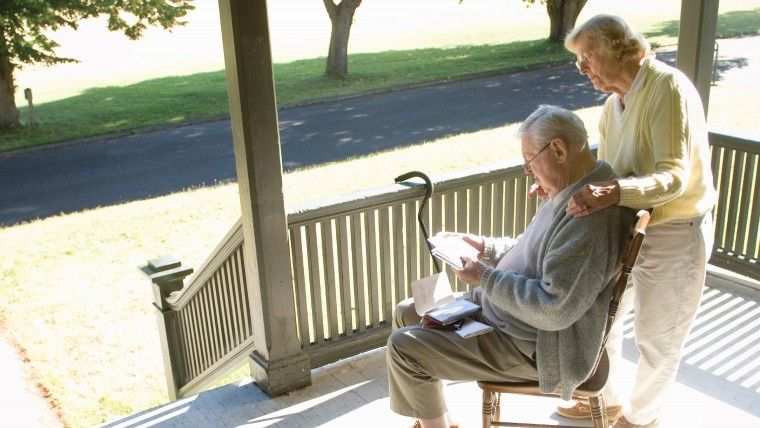 When Siobhan King-Hughes’ elderly parents-in-law needed help to live at home in a remote part of Ireland, she developed a system that would tell the family how they were doing.

“We’d call every day, but sometimes there was no answer, maybe because they were in the garden,” Ms King-Hughes, chief executive of e-health company Sensormind, explains. “Whatever the reason, it was the worry, rather than the reality of the situation, that was giving us a lot of stress.”

So, Ms King-Hughes, who has worked for a number of technology companies including Microsoft and Oracle, set about developing a prototype system using infra-red motion detectors to track the couple’s movements at home and report on them in real-time via broadband.

With sensors in each room, the system detected when her in-laws came and went, whether they were sleeping properly and raised the alarm if things went wrong. Ms King-Hughes realised she had a potential business on her hands.

So, in 2008 she set up Sensormind and began a three-year development process. The Dublin company commissioned a Far-East electronics firm to produce new infra-red sensors and dumped the broadband in favour of a four-year volume deal for Vodafone’s M2M service.

“We needed something that was robust, standalone, and plug and play, so that customers could just install the system themselves,” says Ms King-Hughes. “We didn’t want to distract people with bells and whistles. We could have used video cameras for instance, but there would have been a problem about acceptance.”

Sensormind systems are rented on a pay-as-you-go basis for €20 a month. “Our contract with Vodafone enabled us to be transparent about costs and gave us the opportunity to use their platform overseas,” she adds.

After providing information about the layout of their house, customers receive equipment which they install and test themselves. Carers access real-time information and alerts online, and can even reconfigure the system if the layout of a house changes, for example.

Buyers are private individuals, care companies and local authorities in Ireland and the UK. The London Borough of Camden was one of Sensormind’s first customers. Overseas markets in Europe, the United States and developing countries, including India, are also in Ms King-Hughes’ sights. “The potential is enormous – there is a tsunami of a problem and governments haven’t really grasped this,” she says.

Earlier this year, Sensormind was a runner-up in the mobile health category of the prestigious Global Mobile Awards. “The e-health business is very interesting – there has been a lot of technology application in this space and misunderstanding about what customers need,” Ms King-Hughes concludes. “Companies have come and gone. We have focused on one area, and we really understand what people with cognitive disabilities, dementia and Alzheimer’s require.”