As the world of work evolves, so offices are becoming more representative of the diversity, technology and shifting timescales of modern working life 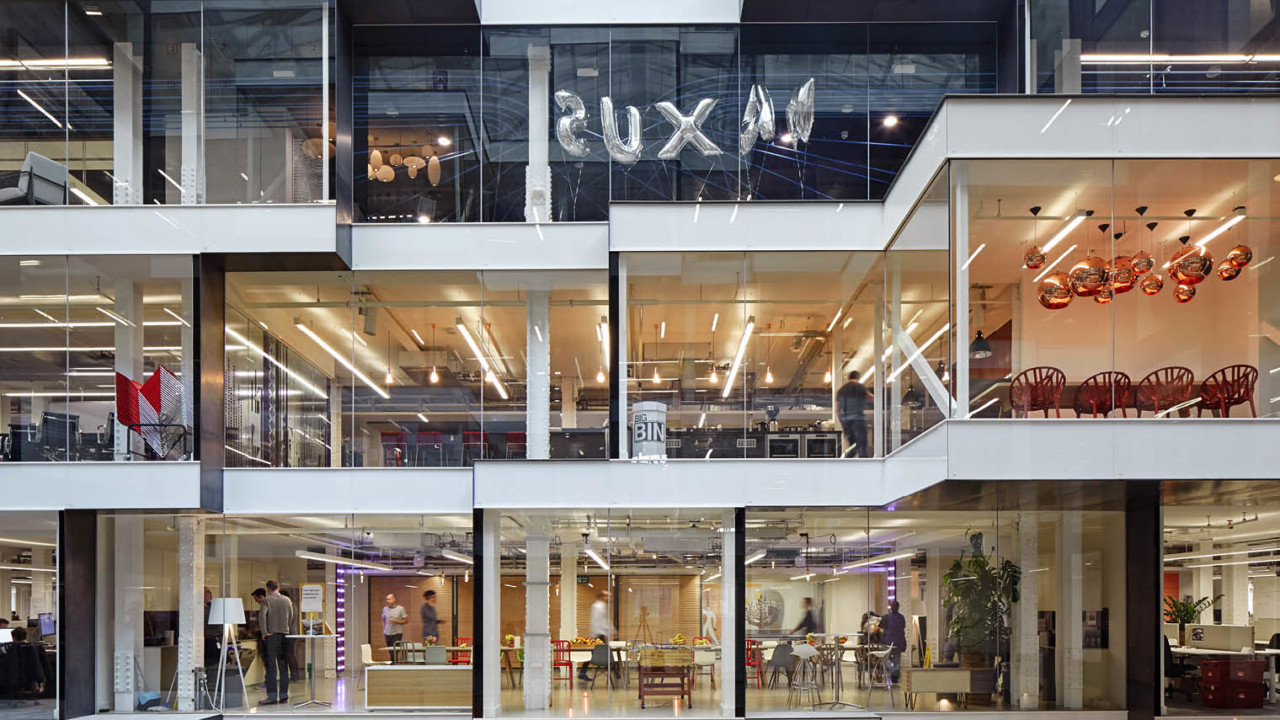 Recent writers on workplace innovation would have us believe that the office is in the throes of constant change, with the traditional nine-to-five set-up long since consigned to history. In fact, as most of our day-to-day experience attests, conventional office culture is very much alive and well, with all its attendant familiarities, faults and frustrations. Most of us work because we have to, and change, when it comes, is an unwelcome distraction.

There are two distinct narratives of work, each of which plays off the other. The first concerns the physical spaces we go to in order to do our work. The second is about the ways in which we carry out that work. A shiny new office building doesn’t necessarily herald a change in day-to-day working patterns, save for improved facilities and environmental qualities.

Large, established companies with hierarchical systems and structures that have evolved over decades are a little bit like ocean liners, unable to change course without plenty of warning. However, those entering the workplace for the first time have far fewer structures, strictures or expectations. They’re used to fast-evolving technology and want their workspaces to reflect flexibility and connectivity.

What does this mean for design?

The blueprint for the modern workplace, the open-plan office, has existed in various forms for around a century. But regardless of whether an organisation uses open plan, hot-desking, cubicles or home working, the demands of work usually transcend the ways and places where work was done. Historically, culture shapes space and not the other way around.

Design is becoming a form of corporate psychoanalysis, incorporating change management and strategic consultants as well as conventional task specialists

The dotcom revolution sparked a transformation of formal office culture, overhauling not just the appearance and structure of the office, but the nature of work itself. Instead of a workplace landscape or cubicle farm, the new digital office combined elements of domestic, retail and commercial architecture, resulting in workplaces that reflected an emphasis on non-hierarchical creativity and collaboration.

In this world, the conventional nine-to-five structure has practically disappeared, blown away by the demands of always-on connectivity. To compensate, offices started to look more and more like homes, dorm rooms, bars, amusement arcades and rec rooms. The separation between work and life became skewed to the point of total evaporation, aided by our eager adoption of technologies that blurred the distinctions between public and private, on and off.

“The emphasis on fun and sociability was almost an extreme that got people thinking,” says Studio TILT’s Oliver Marlow, architect and author of the book Spaces for Innovation. He explains that as these playful offices became more homogenous regardless of sector, the design process has had to explore how companies want to work, rather than just aesthetics and form.

“You’re pulling together strategic stuff from board level and HR – it’s now all about reimagining the whole organisation,” he says. Design is becoming a form of corporate psychoanalysis, incorporating change management and strategic consultants as well as conventional task specialists.

With the increasing reliance on cloud-based data and portable devices, many offices will exist primarily to give physical shape to teams and projects. A different form of hierarchy comes via financing. Investors like to keep a close eye on their latest acquisitions, so the idea of an incubator-like building that splices the demands of the financial sector with a more laid back, creative vibe for cultivating ideas is gaining traction.

This year saw the opening of Alphabeta, a radical refurbishment of a traditional sixties office block that’s now a bike-friendly, gym and café accommodating mixed workspace that houses hireable hot-desks alongside big spaces for corporate finance and advertising clients.

“We designed Alphabeta to create the ultimate shared creative space; one that encourages visibility between the occupants and chance encounters,” says architect Richard Hywel Evans. “It’s an ever-moving energetic space designed to capture the excitement of its location and occupants.” His practice, Studio RHE, is now converting the East India Dock into the Republic, a workspace designed along similar lines.

East London’s Second Home is another small-scale flexible workspace aimed at itinerant freelancers, small dotcoms and other creative types. The idea is that the hybridisation of activity and personnel will cross-pollinate ideas; chances are there’ll be someone down the corridor who can help fund your idea into reality, your app into code or your order into a physical product.

A more substantial take on this ethos is now rising above London’s Old Street Roundabout. Designed by AHMM and developed by Derwent, the White Collar Factory offers industrial-grade quality spaces in an office environment, inspired by the high premium paid for converted warehouses and factories. High ceilings and smart services create a plan that is light filled and low energy.

In New York, the fashion for flexible, multi-functional maker-worker spaces is spearheaded by A/D/O, a venture partly funded by BMW MINI. This coffee shop on steroids is part meeting room, part restaurant, part maker space, a mixed use structure laser-targeted at the nomadic, MacBook bearing creatives who can do their jobs from anywhere.

So although offices might not offer constant revolution, they are certainly becoming more alive to the creative potential of change and collaboration.