In the sixteenth century, it was the invention of canvases. In the nineteenth, photography. And today, it’s 3D printing, algorithmic art, VR, AR, AI… Technology has always presented both challenges and opportunities in the art world, and the industry today needs to be more adaptable than ever.

One of digital technology’s strengths is its ability to connect people. Collaboration has been a key part of the creative process for artists down the centuries, and online tools are making this process ever easier.

“The myth of the lone artist locked up in his garret is very appealing, but I don’t think it’s usually real,” says Fred Deakin, a multi-disciplinary artist, musician and educator. “That said, the internet has amplified the power of the network like nothing before.”

In his role as Professor of Interactive Digital Arts at the University of the Arts London, Deakin runs intensive workshops called Modual, teaching students how digital tools can help them to pool skills and create something they never could alone. We may be at the start of a new era of creative collectives whose members are scattered around the world, only interacting through digital media.

Technological developments are not only changing how art is being created, but also what art is being created. Virtual and augmented reality (VR and AR) are already having an impact, from the work being produced by Modual to pioneering exhibition, The Danger Tree, in which an AR smartphone app layers poetry, music and animation over oil paintings.

Deakin’s Project2 pushes the boundaries of digital art even further, moving beyond the screen. Visuals, digitally drawn at the time, are projection-mapped onto the walls as the backdrop for a performance. It aims to make you feel as though the whole room is a VR headset, a digitally created world you can interact with.

Deakin says that “the experience has to flow – you shouldn’t even notice how high-tech it is, as you’re so involved in being emotionally engaged and entranced.”

Of course, technology doesn’t exist in a vacuum and innovations often come from cross-disciplinary experimentation, with technology created for scientific or economic reasons frequently co-opted by the art world, and vice versa. Today, 3D printing – though often overhyped as ‘the technology of the future’ – is the area in which we’re most clearly seeing this.

Cellule specialises in bridging the gap between medical design and the creative industries. Molly Gavriel, a partner at the design studio, describes their mission as “using art and design to convey complex, vital ideas.” One of their current projects looks at ways of producing personalised models of hearts, which are used for pre-operative planning for transplant patients. The usual way of making these is expensive and time-consuming, but Cellule works with artists and designers and is pioneering new, simpler approaches.

Cellule hopes that by making technologies like 3D printing available to artists, they’re helping them expand their toolboxes.

“If you don’t understand something, you can’t create based on it. It’s important to communicate these technological concepts to artists, or in the long term they’ll have to rely on commercially produced templates to create their art – it’s like the difference between knowing how to code your own website, and having to use a template someone else made.” 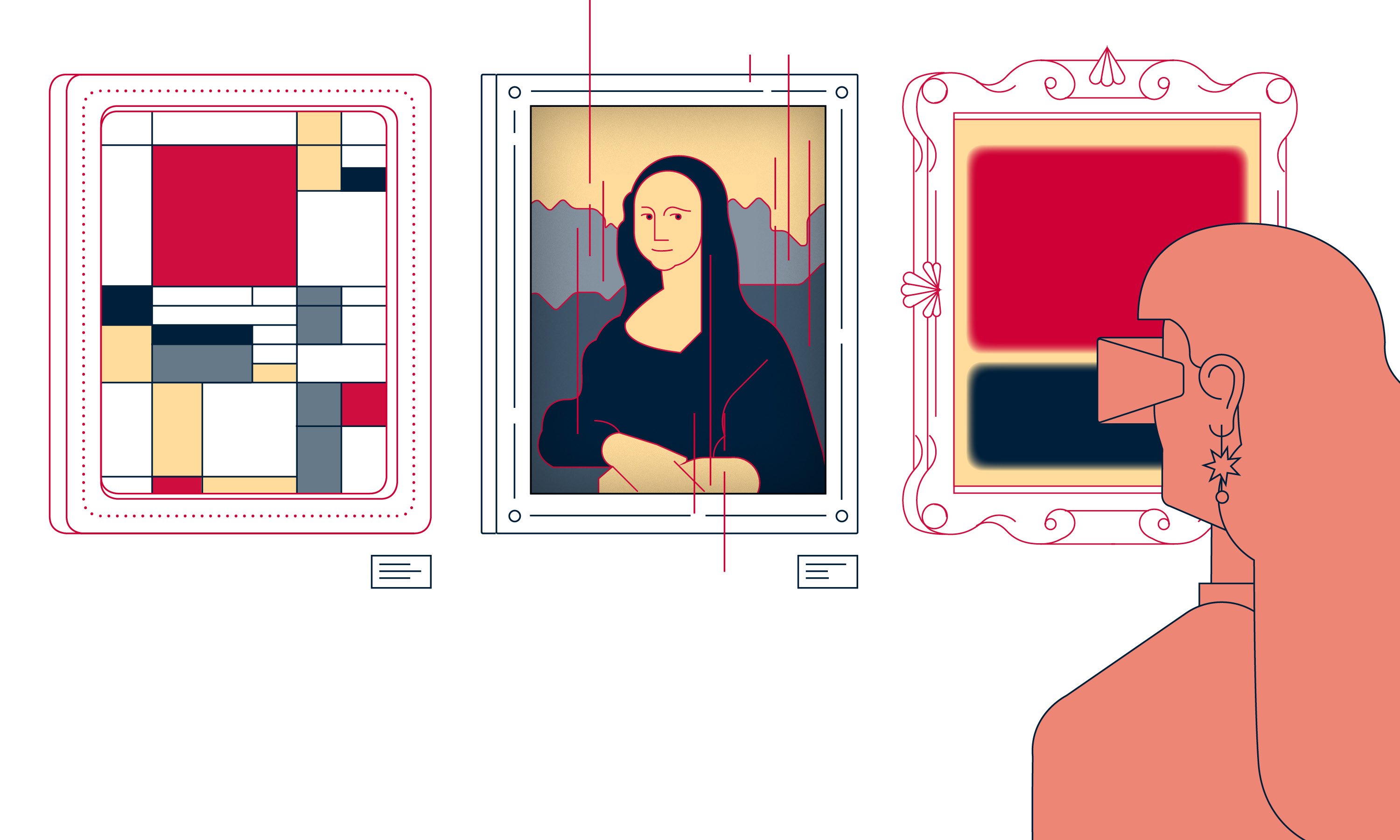 Of course, everyone involved also hopes this work will have a real impact on the success of heart surgeries in the future, the streamlined process making it economically viable in more cases. As Gavriel points out, “many artists are expressing a purely creative practice, but art often serves a social purpose, too.”

“Websites like Artsy are a great example, platforms that galleries sign up to and use to sell to a larger network than might be possible from a physical space.” Similarly, social media allows artists to “directly market their work to collectors, buyers and curators.”

However, Warder does not see any of this as a challenge to the role of galleries.

“In practice, we find that our most committed buyers will come to the gallery in person, investing their time as well as their money. We’ve also noticed that artists and audiences are keener than ever to come in for discussions and talks. Perhaps there’s a need to be grounded and communicate in person.”

Warder sees widespread technological engagement among up-and-coming artists, from social media to AI. However, she also sees an interesting sub-trend developing for combining contemporary and traditional media. She gives Candida Powell-Williams as an example: “whilst her subject might be historical or mythological, she knows the digestion of her work may be through social media, so she often produces GIFs of her performance, sculptural and installation work.”

Belgium-based KRJST Studio is another excellent illustration of this sub-trend. They work with textiles, for instance producing large-scale tapestries on looms, but designing many of the patterns digitally. This combination of analogue and digital brings a tactile warmth to media which can often seem cold or inhuman.

While there’s no sign of investment in the art world slowing down, digital art does present some unique challenges. If an image created is digitally then printed, could it be reproduced and thereby made less valuable? If a work is stored as a video file, could it be pirated? It also introduces questions about obsolescence – with technology developing so rapidly, how should collectors store digital works?

The best answer here remains the same as always: speak with the gallerist or artist directly, discuss the best methods for storing and displaying the work, and ensure it’s part of a limited run. For experiential art, Warder says Bosse & Baum use “a combination of documents which assert ownership of the work, as well as the legal right to restage it. We want to encourage confidence in our buyers, and let them know exactly what they’re paying for.”

Digital technology has already changed the art industry profoundly, and the pace of change is only accelerating. While this presents a lot of challenges, not least in the creation of new investment models, it also means a lot of opportunities – it’s an exciting time to be involved in the industry.