The photographic print was initially treasured as a keepsake but, when the distinction was made between documentary and fine art printing, it became established as an artwork.

The advent of commercially available digital photography changed photography for ever and brought with it the demise of many commercial darkrooms. Digital files can now be printed with remarkable detail and colour fidelity on the desktop, using pigment inks with archival properties far superior to traditional colour prints, on to a range of surfaces and substrates. As a result, reprints can be made with minimal time and effort.

For black-and-white works, however, many practitioners and collectors of fine art photography continued to favour traditional “wet” silver gelatine and platinum prints because of their tonal range and proven archival permanence.

It was perhaps inevitable that the old wet darkroom and the new digital “lightroom” should initially appear irreconcilable. For some, the tactile engagement of creating a print with their hands was part of the creative process; for others, the freedom from chemicals and the ease and speed of making reprints made the digital lightroom a no-brainer.

Gradually, a third way – sometimes referred to as hybrid photography – began to evolve a fusion of the old and the new, using the strengths of each for the greater good. Film negatives are now being scanned to digital files and digital enlargers use lasers or LEDs to enlarge edited digital negative files on to light-sensitive black-and-white silver gelatin paper for “wet” processing.

As big printer and ink manufacturers enter this market, introducing high-end printers and profiles, another era of photographic printing is underway

But the most exciting of these for the fine art world is the progress of making a digitally printed negative from an edited digital file on to a transparency medium. Initially pioneered in the 1980s, the results on earlier desktop printers were disappointing.

As a result, files were often outsourced to an image-setter to produce a negative suitable for contact printing – sandwiching the enlarged negative with hand-coated paper for platinum printing or another resurrected 19th-century process. The negative quality was barely adequate for the traditional, but less forgiving, black-and-white silver gelatin process, and certainly not good enough for enlargement by projection.

Platinum prints represent the pinnacle of both quality and permanence in black-and-white printing and, in the photography fine art world, they command high prices. But as big printer and ink manufacturers enter this market, introducing high-end printers and profiles targeted to produce top quality and simplified operation, another era of photographic printing is underway. 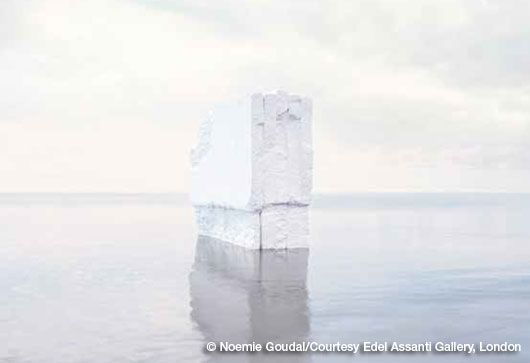 Setting the scene for two centuries

Landscape photography has been practised by both amateurs and professionals since the dawn of the medium. Many of the most creative pioneers in Victorian photography explored landscape themes.

One of Britain’s most famous 20th-century photographers Bill Brandt made magnificent monochrome landscapes, followed by the generation, including Fay Godwin, Paul Hill, Chris Killip, John Davies and John Blakemore, when it was still deemed unsuitable for the artistically ambitious.

Contemporary photography is predominantly digital today and improvements over the last few years have seen thousands of landscape enthusiasts take up cameras, tripods and filters, and head outdoors. They tackle the high contrast and wide colour range of landscape and get brilliant results.

The Landscape Photographer of the Year competition bears witness to this, as does the abundance of colour landscapes on photo-sharing websites, such as Flickr and the range of magazines.

In spite of digital, though, many shining lights in fine art landscape photography still use film. Michael Kenna, Jem Southam and David Ward are contemporary maestros exploring the subject matter or an aspect of vision in ways that makes their work distinctive.

Kenna remains predominantly monochrome, but Southam and Ward all shoot colour. Their prints remain affordable for collectors and are increasingly recognised as work of significant artists. After almost 200 years, landscape photography has finally come of age.