When executives from Walgreens Boots Alliance rang the Nasdaq stock market opening bell in January, the occasion marked the newly merged conglomerate’s first week trading. But it also set the tone for 2015, with mergers and acquisitions (M&A) gripping the $473-billion global beauty industry.

Market watchers waited with bated breath – what and who would be next? It wasn’t a long wait. From March to July, Unilever, known for mass beauty brands such as Simple and Dove, made almost monthly acquisitions, including REN and Dermalogica. On July 9 Walgreens Boots Alliance announced the acquisition of Liz Earle from Avon in a reported £140-million cash deal.

But the blockbuster? The very same day P&G accepted a $12.5-billion offer to merge 43 beauty brands, notably Max Factor, Dolce & Gabbana Beauty and Nice & Easy, with Coty in an eventual deal to be completed during late-2016.

Why?  “A lot of the approach P&G had for mass-market brands they used in luxury and invested by throwing money at it,” says Imogen Matthews, industry guru and author of the Premium Market Report. This did not work. “But they did groundbreaking things with Gucci and D&G, but when it came down to fine fragrance, it didn’t fit into P&G’s core category which is FMCG [fast-moving consumer goods, such as Pampers and Daz].”

Why has 2015 been such a big year? “Multinationals have got money again and they want to spend it,” Ms Matthews explains. “The competitiveness of the landscape is fuelling M&A,” says Venette Ho, managing director at Financo, an investment advisory company. “In the West, many of the large conglomerates have been built on M&A and many large beauty players are looking [at] really small [brands].”

For the small brands to grow, finance is the challenge. “Some beauty brands start with their own savings, with a bank loan or a government regeneration fund for small businesses,” says Tracey Woodward, an adviser to B&B Investment Partners, which acquired Aromatherapy Associates last year. “Next it could be a friends-and-family round, who may loan money and/or take equity, then ‘angel’ investors of up to £500,000, taking an above-interest-rate return and/or equity, and who will advise too. PE [private equity] will look for companies to expand and they might buy outright or become a majority stakeholder and advise.” But what do investors look for, besides a profitable company with potential?  “Distributors, PR, and increasingly social media presence and strategy,” she adds.

In May, This Works, founded by Kathy Phillips, the former health and beauty director of Vogue, reached a deal to sell a majority shareholding to Tengram Capital Partners.  “Our business trebled from 2011 to 2014,” says This Works chief executive Anna Persaud. “Tengram are strategic partners working with us and guiding our expansion into the US.”

Not all see PE as the ideal. “The big downfall is that yes you get the money, but invariably the growth of the business and the exit strategy aren’t always compatible,” says George Hammer, chairman of Hammer Holdings, investors in Joan Collins Timeless Beauty and Leighton Denny. “But this business isn’t a formula; you have to use your instinct. For example, I had heard that Leighton Denny was a very good nail technician. I met him and suggested he create a line. Now it’s a big business and turns over a few million quid.”

Two companies looking for money didn’t have the benefit of available financing during the recession. “We launched in 2007 and in 2009 we went to HSBC to borrow quite a bit of money,” says Ed Saper, director of Pai Skincare. “They laughed at us, but they did actually lend us £25,000 under the government’s Enterprise Finance Guarantee scheme that guaranteed 75 per cent of the risk.”

Alexia Inge, founder of Cult Beauty, an online niche beauty boutique, found tax breaks gave potential investors confidence during the credit crunch. “When we passed accreditation for the Enterprise Investment Scheme it attracted investors because for the life of the investment you don’t pay capital gains tax and say you invest £100,000 you instantly get £30,000 as a tax break. Did that attract investors?  Yes, one did it purely for that reason – we’ve made him a lot of money.”

Some brands have no interest in outside financing though, such as South African skincare brand Environ. “It is co-owned by my sister and me; we have no investors and are quite passionate about this,” says co-founder Dr Des Fernandes. “We’ve had people knocking on the door and met them, and realised they have no idea about our business from the stupid things they say or the ridiculous offers for it.”

Indeed to successfully work with investors it is about personality and gut feeling. “I was online dating at the time and the two felt rather similar – lots of sharks out there,” says Ms Inge, who did find her investment prince. “The relationship is as important as the deal or it’s doomed to fail,” says Mr Hammer. “It’s like a marriage.”

Yet to quote Shakespeare, “the course of true love never did run smooth”. After selling a 70 per cent stake of NUDE to LVMH in 2011, the formulations and packaging changed, and formerly loyal customers were ill-pleased. “One year in, we realised that this was not what we had signed up for,” says co-founder Bryan Meehan.  Fascinatingly, LVHM concurred. “They said we were right and allowed us the space to do what we did in the first place,” says Mr Meehan. “Sales have been significantly better.” 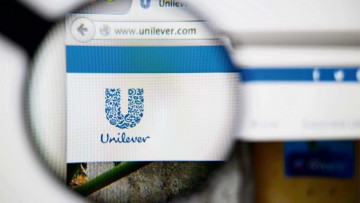 Unilever’s spending spree this year may have seemed dramatic to some, but analysts have been following the company closely and saw the signs. “We have noted Unilever’s determination to become a selective skincare heavyweight since its investment in IOMA and Syneron back in 2013,” says Vivienne Rudd, Mintel’s director of global insight and innovation, beauty and personal care.

“It has an interesting strategy of mixing outright acquisitions of niche brands with complementary positionings, such as REN (natural and quirky), Kate Somerville (facialist), Murad (doctor’s brand) and Dermalogica (professional/problem-solving), with investment in bolt-on technology via a joint venture with Syneron to create the iluminage device and products, but teaming them up with its heritage brand Pond’s.”

Unilever has certainly covered all bases, but a large part of this has been to put the consumer first, really think about their buying choices and consider who else is vying for their money. “I always talk about tribes and it’s as if Unilever thought ‘who is the customer for each brand’ – so REN for the yummy mummies, for example,” says Tracey Woodward, adviser to the beauty industry. “But also people from these tribes buy from across the board spending say £5 on a cleanser, but a £100 face cream, and Unilever has found the best of the best for people to cross-purchase across brands.”

As for Coty why did they buy 43 brands from P&G? “While Coty has more than doubled its size in global beauty, both the prestige fragrances and colour cosmetics make a good fit with its existing portfolio, and the acquisition granted the company entry to haircare,” says Ildiko Szalai, senior beauty and personal care analyst at Euromonitor International.

“It’s fantastic for Coty,” says beauty industry guru Imogen Matthews. “It might make them the number-one company in the sector.”